As Grievances Go Viral, It's Time to Address What Ails the Security Forces

Rather than treat the recent grievances of soldiers as mere aberrations, the government would do well to address the fundamental problems of the security forces and the worsening civil-military relations in order to have effective security. 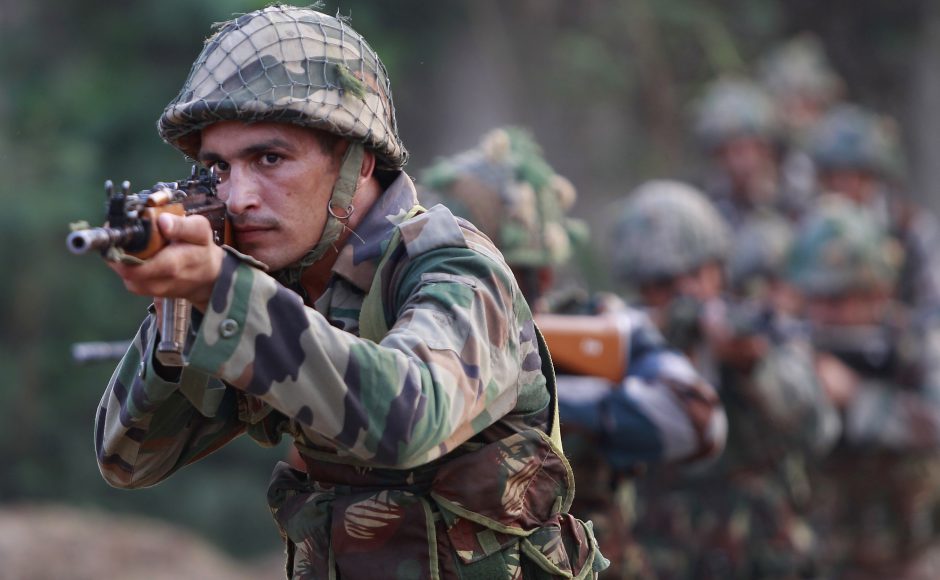 The malaise in the army lies in the officer-jawan relationship. Credit: AP

In the past one week, there have been three separate instances of soldiers in the security forces – the Border Security Force (BSF), the Central Reserve Police Force (CRPF) and the Indian army – posting their videos on the internet. In these, the soldiers talk frankly about the injustice (perceived or genuine) meted out to them, ranging from bad quality food, poor pay in comparison to the army (in the case of paramilitary forces) and being made to do personal chores for the officers.

In each of the above instances, the response has been a standard one by the authorities, of not following the proper ‘chain of command’ to ‘social media is not the best way to air grievances’ or worse still, that considering the strength of the army, it is possible to have a soldier who has a problem against the system. The combined strength of the forces is about 18.5 lakhs – with 2.5 lakhs in the BSF, 13 lakhs in the army and 3 lakhs in the CRPF. To dismiss each of the above complaints as an individual rant and ordering a routine inquiry seems an ostrich-like response by the establishment. To be fair, none of the authorities have dismissed the videos as doctored or fake. The malaise has to be understood and addressed in a two-fold manner – the deteriorating ‘officer-jawan’ (soldier) relationship and a widening ‘civil-military’ divide that concerns the status of armed forces vis-à-vis civilian counterparts in equivalent roles.

The issue of sub optimal ‘officer-jawan’ relationship runs much deeper. Let’s take the case of the army first. According to Yale University professor Steve Wilkinson (Army and Nation: The Military and Indian Democracy since Independence), independent India inherited a conservative army dominated by officers and troops drawn disproportionately from a few “martial” groups.  Wilkinson further contends that the Indian army has kept and, even expanded many of its martial class units, despite promising at independence to gradually phase them out. Thus, nearly 70 years down the line, the army has not only preserved but consolidated its policies as far as manpower goes, solely to address its combat efficiency. Therefore, a near feudal structure actively coexists with a modern 21st century aspiration of fighting conventional or nuclear war and prevailing in counterinsurgency operations. It is no secret that rank has its privileges and the more senior one grows, the greater is the entitlement of retinue staff one receives to do personal errands and menial chores.

However, there is one essential difference. The officer corps, which was earlier drawn from the princely or the elite classes, has a much more egalitarian profile in the present day. The Services Selection Boards (SSB) across the country for officers’ selection today draw on a much larger pool from a wider socio-economic stratum. Not surprisingly, many of the officers today are children of public sector employees, government servants, teachers, rural population and non-commissioned ranks (havildars/subedars) that reflects the aspirational nature of the society in a growing economy as compared to two or even three decades earlier. This, however does not explain the paradox that the army is short by about 10,000 officers.

In contrast, similar worries about the recruitment numbers as far as soldiers are concerned doesn’t exist. Perhaps the lack of expansion in the job market and the security of government jobs attracts a large number of both urban and rural youth towards the army or paramilitary forces. What is pertinent to note is that the basic entry level educational qualification of an officer or soldier is not very different.

Officially, the entry level qualification for a soldier is only 10th or 12th grade. But practically, a large proportion of soldier recruits are graduates (the basic educational qualification level for an officer is that of a graduate for the competitive combined defence services examination and for admission at the National Defence Academy, the basic criteria is 12th standard). What is even more surprising is that a reasonable number of recruits find their way into hitherto mundane occupations like drivers, cooks, stewards – a lack of lucrative or equivalent remuneration options in the private sector probably drive them into doing what would be a job ‘below par’ as per their expectation or aspirations. This is, very likely the cause of tension between an officer and a non-com (non-commissioned rank).

Renowned futurist, Alvin Toffler, in the immediate aftermath of the Gulf War in 1991, wrote in his seminal book, War and Anti-War: Survival at the Dawn of 21st Century:

“the new age military needs soldiers who can operate advanced equipment (the present day aircraft, tanks and ships have a high degree of computerisation and electronics), take bold decisions that is expected of him/her and ask questions even to the point that borders on insubordination.”

In such a scenario, it is not very surprising that the non-commissioned ranks detest and abhor the tag of ‘batman’ or an ‘orderly’ in the personal service of an officer when he himself could have been what they colloquially refer to as afsar log (meaning the officer class).

The simmering discontent in the paramilitary forces may be fundamentally attributed to their officer structure. The officers at the junior and middle ranks (up to commandant) are predominantly direct recruits who form the bulk of the combat efficiency in the officer cadre. The senior most ranks have officers seconded generally from the Indian Police Service (IPS) on a rotational basis for about 2 years, with very few from the original ‘CRPF/BSF’ pool making it to the top. The troops naturally feel that the officers who can make a real difference in their policies are not at the DIG/DG ranks. There is also the question of parity of ranks between the civil and military (incidentally the BSF and the CRPF are under the ministry of home affairs). Wilkinson states that the primary reason for having such a large paramilitary force in independent India was to ‘coup-proof’ a fledgling democracy against an ambitious army that may step in to overthrow the civilian government.

A feeling of perceived injustice among the armed forces officers of their stature having been steadily eroded is evident from an October 2016 order from the ministry of defence that further complicates the problem. The military is yet to implement the recommendations of the 7th pay commission of enhanced pay, pending the resolution of some core anomalies. Reportedly, till now, only an interim relief has been paid to them during Diwali in 2016. To top this all, there are some border posts in Kashmir which are in the overall control of the army but manned by BSF soldiers. All this forms a deadly cocktail in the present times of ‘no war, no peace’ that elevates the stress levels of soldiers hitherto not experienced and puts further pressure on the most important aspect of ‘command and control’ that forms the bedrock of military discipline.

Rather than shoot the messenger, the government would be better advised to look into what fundamentally ails the security forces and precisely address the ‘civilian-military’ divide to usher in changes in policies that gives our forces the necessary combat edge. Merely reinforcing the Chetwode motto (putting the safety, honour and welfare of the country first) that the army leadership is ingrained with is not enough.

Guru Aiyar is a research fellow with Takshashila Institution, a think tank on strategic affairs, and tweets @guruaiyar