Manoj Joshi believes that the Indian Army was effectively guilty of complacency in its response to Chinese army exercises in February-March 2020, some 200 km from the Line of Actual Control. 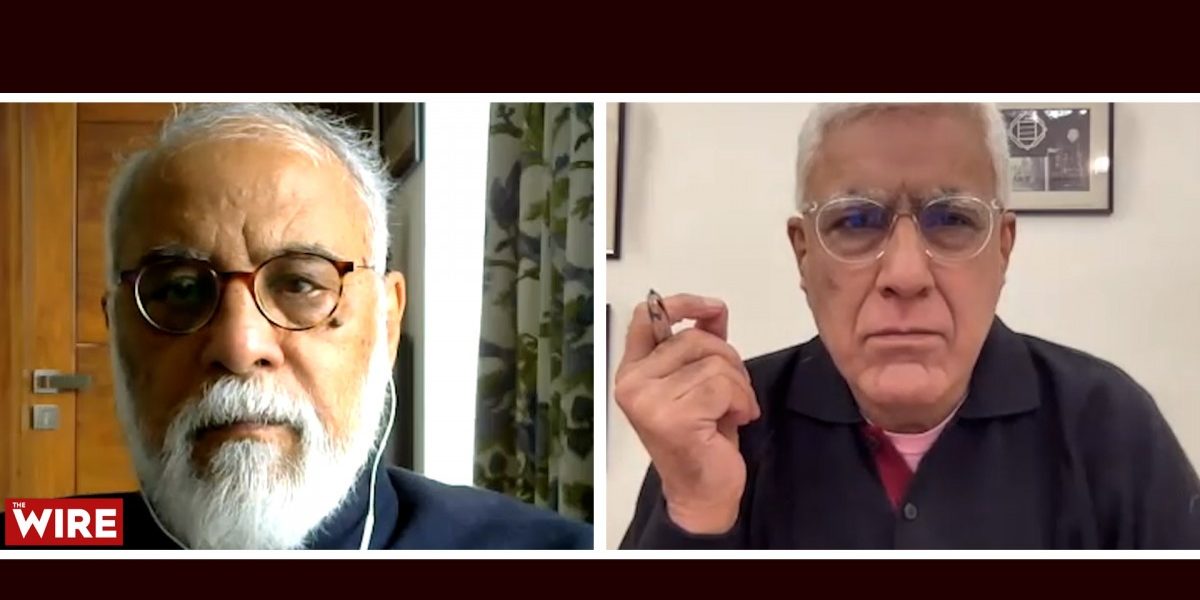 In a recently published book, strategic affairs specialist Manoj Joshi writes that the Indian Army was effectively guilty of complacency in its response to Chinese army exercises in February-March 2020, some 200 km from the Line of Actual Control. This was compounded by the Indian Army’s failure to properly assess intelligence which showed “the Chinese began to move some of these combat forces westwards towards the LAC”.

Joshi concludes: “Though the Indian side accused the Chinese of ‘breach of trust’ …. in reality, they had been caught napping.” He also says that if this complacency and failure to assess the intelligence the army had had not taken place then perhaps 1,000 sq km of Ladakh – maybe even more – which the army lost the right to patrol might have remained accessible to the Indian Army.

In an interview to The Wire to discuss his recent book Understanding the India-China Border: The Enduring Threat of War in the High Himalayas, Joshi also argues that the claim, made in February 2021 by Lt. Gen. Y. K. Joshi, who was Northern Army Commander, and later by the defence minister, that Depsang is “a legacy issue” and pre-dates the Ladakh border clashes of 2020 is specifically disputed by Lt. Gen. Rakesh Sharma, a former Commander of XIV Corps, who has written in the journal of the Vivekananda International Foundation that a “minimum of 8 to 10 patrols per year from 2013-2019” visited Patrolling Points 10 through to 13 in Depsang. Joshi adds that “reports suggest that the last Indian patrol to visit the area may have been in January-February 2020”.

Joshi has also given a detailed graphic account of what happened on June 15, 2020 in Galwan when 20 Indian soldiers were killed. He says that in addition to the 20 Indian soldiers killed somewhere between a 100 to 150 were injured and perhaps a further 100 taken captive by the Chinese. Joshi believes the captives included a Lieutenant Colonel and three Majors.

The expert believes that the Indian soldiers at Galwan were armed but the arms were never used. He finds that inexplicable. He also says that of the 20 Indian soldiers killed, 17 died of hypothermia which suggests that it wasn’t the injuries inflicted by the Chinese that killed them but the cold.