The village head and pastor have claimed that the army made them sign blank pieces of paper, on which they later wrote that nothing was damaged during the operation. 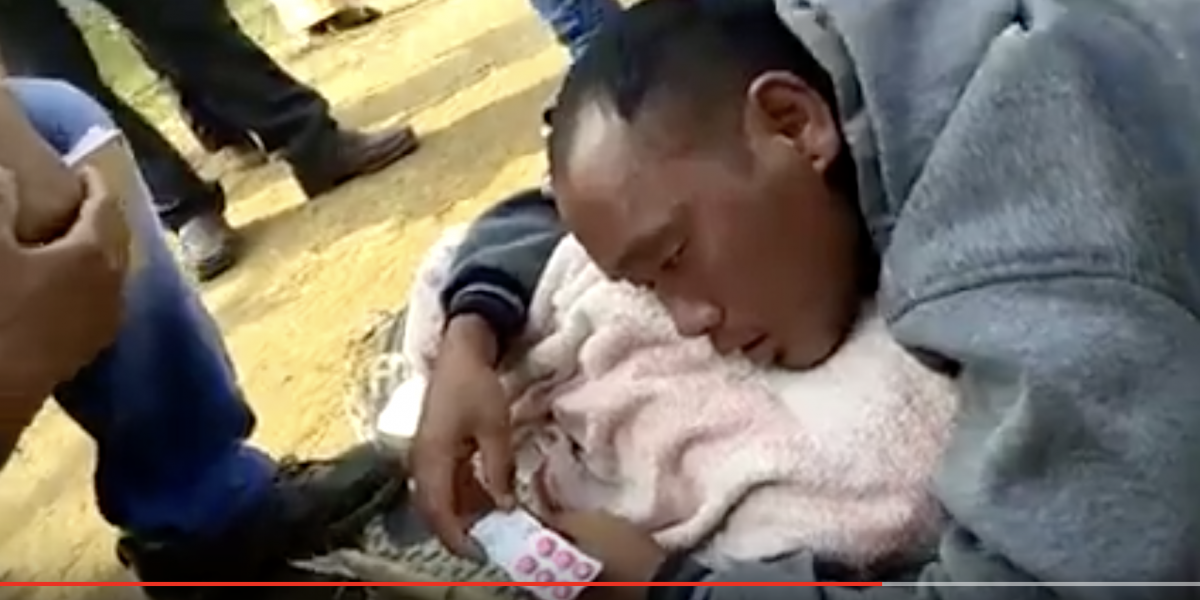 Villagers have also said the army gave them a strip of painkillers before leaving.

New Delhi: In an Arunachal Pradesh village bordering Assam, residents have complained to the local administration about alleged atrocities by a unit of the Indian Army. According to the villagers, an army search operation on the night of November 18 left several people injured, including the local pastor.

The operation, reportedly carried out by a group of army personnel from Dhangrikumar area in Assam’s Charaideo district, took place in Longkhojan village under the Kanubari division of Arunachal’s Longding district. The local police was not with the army.

According to villagers, before leaving the site, army personnel forced the village head and pastor to sign blank papers, and gave the injured a strip of painkillers. On December 15, the villagers lodged an FIR against the army and asked the local administration to conduct an inquiry.

Villagers told the extra assistant commissioner (EAC) of the Kanubari division, who visited the area on November 19, that the body of one Kamchan Wangpan, a militant of the armed group NSCN (Unification) who was from the neighbouring village Langkhew, was brought to their village by militants. They asked some villagers at gunpoint to carry the body up to Rangula village. “As their lives were being threatened, they had to do the job but refused to have any connection with either the dead body or the militants,” the EAC wrote in his report to the Longding district commissioner on November 19.

The report said that on November 18, the army group arrived in the village, ordered the men to assemble in an open area and kept them the entire night without food, water or warm clothing. “Former Longhojan Gaon panchayat member Rankai Apesam and Longkhojan Baptist Church pastor Lempo Wangjen were beaten with sticks and received injuries, while a woman was also said to have been beaten up by the army personnel and received minor injuries,” the Arunachal Times said, quoting the EAC’s report.

The detainees, reportedly 23 in number, were let off on November 19 morning after signatures of thevillage head and pastor were taken on blank sheets, with their official seals. Villagers said that the army personnel, led by one “Commandant Mohapatra”, thereafter filled in the blank papers stating that no life and property was lost or damaged during the search operation. “There is no objection and the search operation was conducted as per laid down procedure. There is nothing to report and no misbehaviour was done to any villager by the security forces,” said the undertaking. The pastor told the EAC that before leaving, the army men handed them a strip of painkillers.

The incident led Longding district commissioner Vikram Singh Malik to forward the EAC’s report to the state chief secretary on November 20. The DC’s letter said, “The report has been forwarded to the Police Department, Longding, for further investigation.” The Army has not yet responded to media queries on the incident.

Meanwhile, several local civil society and student groups have condemned the incident and sought an investigation into it. MP from the state Ninong Erring has also written to the prime minister seeking action against the guilty officials.

Terming it a gross violation of human rights, Erring said in his November 21 letter, “The army raided the village and tortured the innocent villagers. They did not even spare the women.” He added that the army did not inform the district administration, nor did it take the police with them during the raid.

The Longding district is among three highly sensitive border districts of Arunachal Pradesh, where as many as six armed groups are said to have their presence. On November 13, an Assam Rifles unit reportedly apprehended two NSCN (Isak-Muivah) operatives during an early morning operation in the Longding district.