US Admits 'Mistake' in Kabul Drone Strike that Killed 10 Civilians, Including 7 Children

Last month, the Pentagon said they hit "IS" terrorists heading to Kabul airport in an explosive-laden vehicle. 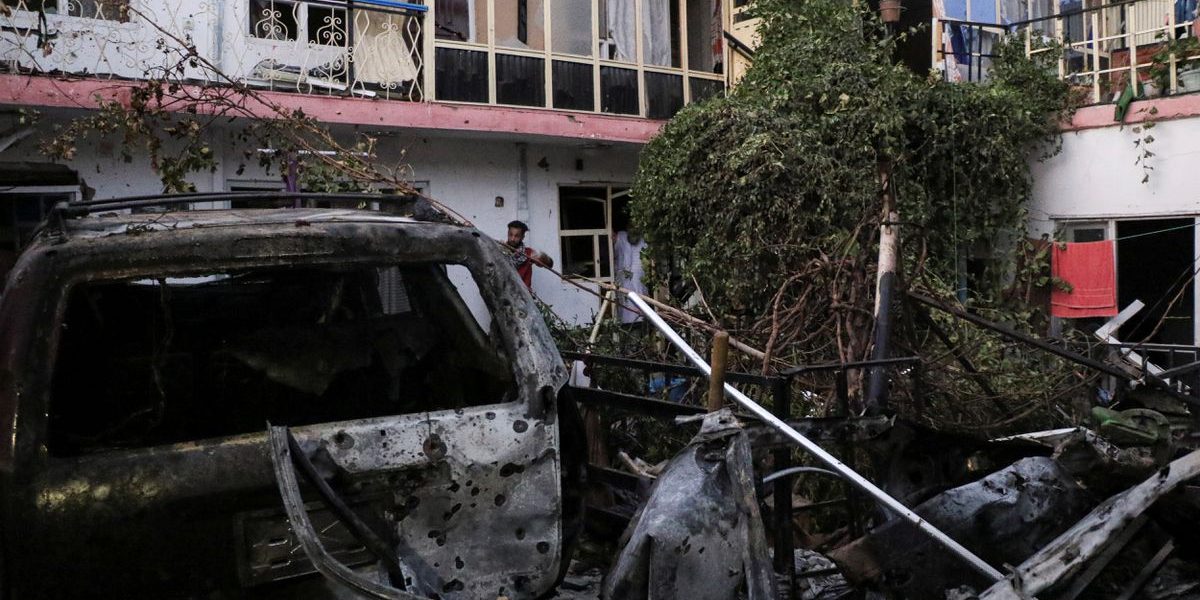 The Pentagon said Friday that a drone strike in the Afghan capital of Kabul last month mistakenly killed civilians rather than terrorists belonging to the “Islamic State” (IS) group.

The announcement came after the US Defence Department conducted an internal review of the strike.

What did the Pentagon say?

As many as 10 civilians, including seven children, were “tragically killed” in the drone strike, US Central Command head Frank McKenzie said.

“It was a mistake and I offer my sincere apology,” McKenzie told reporters. “At the time of the strike, I was confident that the strike had averted an imminent threat to our forces at the airport.”

McKenzie added that he is “fully responsible for this strike and this tragic outcome.”

When asked if anybody would be held responsible for the civilian deaths, McKenzie said the military was “in the process, right now, of continuing that line of investigation, and I have nothing for you now because that involves personnel issues.”

Defence secretary Lloyd Austin also apologised for what he described as a “horrible mistake.”

What was said at the time of the strike?

The Pentagon originally claimed the August 29 bombing targeted a vehicle carrying suicide bombers which were headed towards Kabul airport. The strike was conducted just days after a bombing claimed by the “Islamic State” which killed scores of Afghani civilians and over a dozen US troops. The US and other countries were scrambling to finish their evacuations from Afghanistan ahead of the August 31 deadline.

The US military had said there were “no indication” of civilian casualties at the time of the strike. They also said that “[s]ignificant secondary explosions from the vehicle indicated the presence of a substantial amount of explosive material.”

However, an Afghan official quickly disputed the account, telling the AP news agency that children were killed in the blast.

“This might just be the beginning, as the US relies on drone strikes now that the troops have withdrawn,” she said.

What about the alleged IS connection?

McKenzie said the strike was conducted based on hours of surveillance and multiple intelligence reports, which made them believe a white Toyota Corolla was carrying explosives.

However, the review showed this to be wrong, with the secondary explosion most likely coming from the vehicle’s fuel tank.

“Moreover we now assess that it is unlikely that the vehicle and those who died were affiliated with ISIS-K, or a direct threat to US forces,” the general said, referring to the IS Khorasan group.

McKenzie said the US may make reparation payments to relatives of the victims of the strike.

Separately, defence secretary Austin confirmed “there was no connection” between the driver of the vehicle and the Islamic State group.

The driver’s activities that day were “completely harmless and not at all related to the imminent threat we believed we faced,” Austin said.

Humanitarian aid group Amnesty International said the US admission was a step in the right direction and that an impartial probe was now necessary.

“Anyone suspected of criminal responsibility should be prosecuted in a fair trial,” said the organisation’s senior crisis adviser, Brian Castner.