India does not have separate domestic legislation on piracy and prosecution for piracy as a crime has not been included in the Indian Penal Code or the Code of Criminal Procedure, the panel noted. 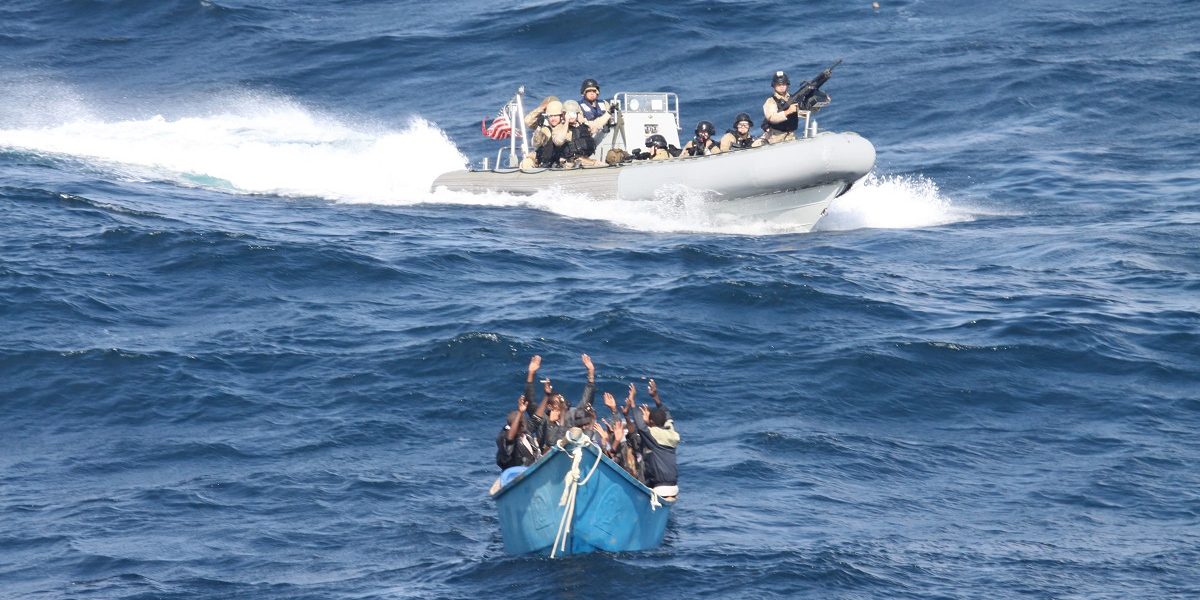 New Delhi: The Ministry of External Affairs should make sincere efforts to enhance international cooperation on maritime piracy and ensure the welfare of Indian seafarers captured by pirates, a parliamentary panel said on Thursday.

The parliamentary standing committee on external affairs made the assertion while approving the Anti-Maritime Piracy Bill 2019, subject to the inclusion of its 18 recommendations and suggestions in the paragraphs of the current Bill or through other appropriate methods like Rules or Standard Operating Procedures (SOPs).

“The government should now make all possible efforts for an earlier enactment of an anti-piracy legislation so that India becomes a part of an international endeavour to combat piracy and may provide for a sound legal basis for prosecuting and punishing persons committing acts of piracy,” the panel said in its report presented in Lok Sabha on Thursday.

In the report, the Committee observed that after a major spurt in piracy attacks in the extended region of the Indian Ocean after 2008, the United Nations Security Council (UNSC) recognised piracy as a crime having universal jurisdiction under customary international law and was codified under UN Convention of Law of the Sea (UNCLOS), 1982.

“In a number of adopted resolutions, the UNSC urged member states to cooperate in investigation and prosecution of all persons responsible for acts of piracy and further called upon states to criminalise piracy under their domestic law and to favourably consider the prosecution of suspected and imprisoned pirates,” said the panel headed by P.P. Chaudhary.

India does not have separate domestic legislation on piracy and prosecution for piracy as a crime has not been included in the Indian Penal Code or the Code of Criminal Procedure, it noted.

The Ministry of External Affairs had first on April 24, 2012, piloted a separate comprehensive domestic Anti-Piracy legislation to deal with piracy.

After getting lapsed in the previous two terms of Lok Sabha, the Bill got fresh Cabinet approval in November, 2019. It was re-introduced in Lok Sabha in December, 2019.

“The Committee deplores such lackadaisical approach of the government in bringing such an important legislation when there is an urgent need of the comprehensive domestic legislation on piracy which can provide the necessary framework within the country for prosecution in piracy-related crimes,” the report said.

The panel is also not aware of the other efforts made in between by the government to enhance international cooperation on the issue of maritime piracy as well as to address the factors that have led to rise and spread of piracy in many more regions, it said.

“The Committee, therefore, would like that the government should, now, make all possible efforts for an earlier enactment of anti-piracy legislation so that India becomes a part of an international endeavour to combat piracy as well as it may provide for a sound legal basis for prosecuting and punishing persons committing acts of piracy and also safety and security of India’s maritime trade including the safety of our vessels and crew members,” the report said.

The panel also said it would also like to “reiterate their recommendation made in the 16th report on the Piracy Bill 2012, and desire that MEA should make sincere efforts to enhance international cooperation on maritime piracy and by taking adequate and proactive measures to ensure the welfare of Indian seafarers captured by pirates simultaneously”.

It observed that the Bill has been drafted in accordance with UNCLOS, 1982 that is the United Nations Convention on the Law of the Sea adopted by India in 1982 and ratified in 1995.

The committee hoped that the new proposed legislation will definitely enable the authorities to prosecute the apprehended pirates irrespective of their nationalities.

It said it wants that in addition to anti-piracy domestic legislation, the government should also make efforts on the issue of extradition of persons of Indian origin suspected for acts of piracy on high seas.

The panel said it has a strong view in this regard that India must also be a part of every international cooperation created to combat piracy and smooth extradition of the guilty persons or agencies involved.

Countries such as USA, Australia, Italy and Sri Lanka do not provide for death penalty inspite of passing anti-maritime law similar to India, it observed.

The panel said it feels that committing an act of piracy in itself is a crime and to top it if the act of the accused causes death it will be a double crime in nature and should be viewed very seriously as a crime nothing short of one against humanity.

Therefore, it recommended that clause 3 of the draft Bill should be reframed to make a provision of “punishment for death when death of any person is caused while committing or making an attempt of piracy”.