Twin Blasts in Kabul Kill at Least 25, Including Journalists

The attacks came just a week after a blast at a voter registration centre killed 60 people. 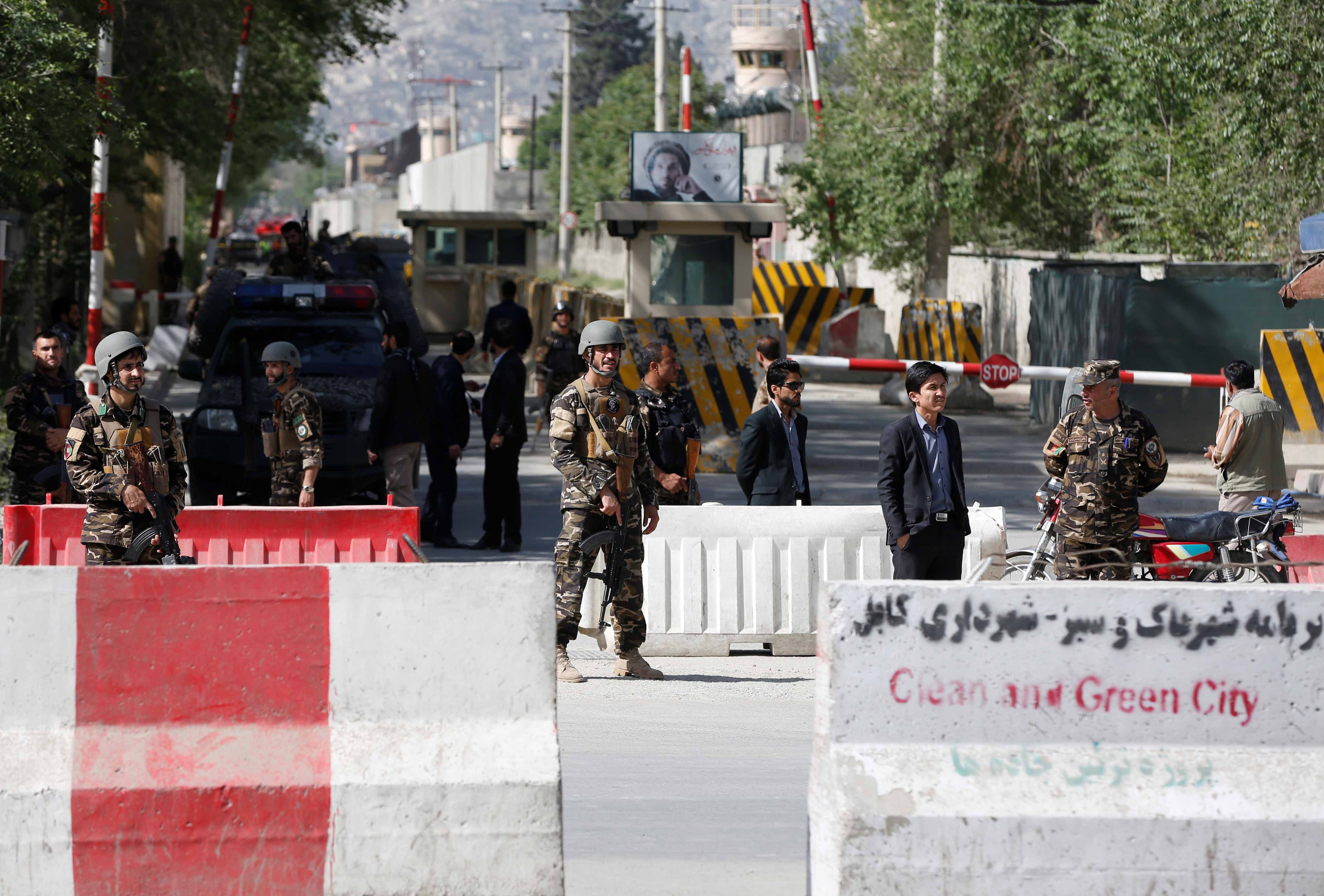 Kabul: Twin blasts in the Afghan capital Kabul killed at least 25 people on Monday, including journalists who had arrived to report on the first explosion and who were apparently targeted by a suicide bomber in the second, officials said.

The attack came a week after 60 people were killed as they waited at a voter registration centre in the west of Kabul, underlining insecurity in the capital despite repeated official pledges to tighten defences.

The journalists, including a female correspondent, all Afghan nationals, were killed at the second blast site as they waited some distance away from the first blast site, while security officials set up a road block.

At least five journalists were wounded. A Reuters photographer was slightly hurt by shrapnel.

‘Pretended to be a reporter’

Najib Danish, spokesman for the interior ministry, said the suicide bomber appeared to have posed as a journalist and blew himself up where reporters and rescue workers had gathered.

“We know that a suicide bomber pretended to be a reporter. He showed his press card and stood among journalists before blowing himself up,” Danish told Reuters.

Afghanistan was already considered one of the most dangerous countries in the world for journalists, with at least 20 killed last year. Last week, unidentified gunmen shot a journalist in the southern city of Kandahar.

However, Monday’s attack was the most serious one on the media since 2016, when seven workers for Tolo News were killed in an attack claimed by the Taliban.

The reporters had arrived to cover an initial blast in the Shashdarak area close to buildings of the National Directorate of Security (NDS) intelligence service.

They were waiting near the Ministry of Urban Development and Housing, when the second explosion went off just as people were entering the government office.

Hundreds of people have been killed and wounded in a series of high-profile attacks in Kabulsince the beginning of the year, despite President Ashraf Ghani’s offer in February for peace talks “without preconditions”.

Taliban militants, fighting to restore their version of strict Islamic law to Afghanistan, announced their usual spring offensive last week and there has been heavy fighting in several areas of the country since.

ISIS first appeared in Afghanistan three years ago. Its fighters have been active in the north of the country but their main stronghold is in an area of the eastern province of Nangarhar, on the border with Pakistan.