The BSF carried out the massive anti-tunnelling operation after it came to light that the four JeM terrorists had allegedly infiltrated through the Samba sector. 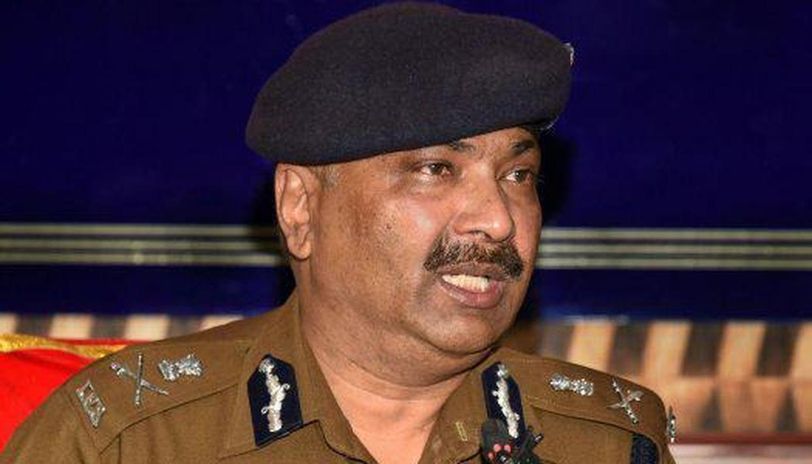 Jammu: A 150-metre long underground tunnel suspected to be used by four Jaish-e-Mohammad (JeM) terrorists for infiltration from Pakistan was detected by the BSF at the International Border in Jammu and Kashmir’s Samba district on Sunday, DGP Dilbag Singh said.

Singh, who along with Border Security Force (BSF) Inspector General, Jammu frontier, N.S. Jamwal, and Inspector General of Police, Jammu range, Mukesh Singh inspected the scene near Regal post, said the tunnel was unearthed following an investigation into the recent encounter near Nagrota on the Jammu-Srinagar National Highway.

The four Kashmir-bound Pakistani terrorists were killed in a gunfight when the truck, in which they were travelling, was stopped for checking at Ban toll plaza on the highway on Thursday.

A huge cache of arms and ammunition including 11 AK assault rifles, three pistols, 29 grenades and six UBGL grenades were recovered from the possession of the slain terrorists, who had come to execute a big plan to disrupt the upcoming District Development Council (DDC) polls, police said.

Police shared some vital inputs found from the encounter scene with the BSF which after hectic efforts, managed to find the tunnel,” the Director-General of Police (DGP) told reporters.

Jamwal termed the anti-tunnelling operation as a major success and said that a strong protest will be lodged with Pakistan.

He gave full credit to the personnel of the force for their commitment, dedication and motivation to search the area full of wild growth.

The tunnel, which is 2.5 metres wide and 25 to 30 metre deep was constructed with proper engineering effort to ensure that it is not detected as its opening was found surrounded with sarkanda (elephant grass),” the IG BSF said.

He also lauded the cooperation and regular inflow of information from police and intelligence agencies, leading to the early detection of the tunnel.

This was the second tunnel detected by the BSF along the IB in Samba in the last three months. In August, the border guarding force found a tunnel near the border fencing in the Galar area.

The BSF carried out the massive anti-tunnelling operation after it came to light that the four JeM terrorists had infiltrated through the Samba sector before being eliminated in Nagrota.

This was a new tunnel dug out from Pakistan after the older one was unearthed by BSF (in Samba). After the successful operation in Nagrota, the question was how did the JeM group manage to infiltrate into this side from Pakistan, reached the national highway and boarded the Kashmir bound truck, the DGP said.

He said the slain terrorists were carrying 14 weapons and a large quantity of explosive material including RDX. The police got some evidence and shared the inputs with the BSF which finally led to the detection of the tunnel.

“Anyone with ill intensions coming on the Indian soil will meet the same fate (like JeM terrorists),” Singh said, adding Pakistan already stands exposed in the world for its support to terrorism and the infiltration by the terrorists has once again blown the lid off the country’s ill intentions.

The DGP said police have already shared the evidence of the involvement of Pakistan which is not only pushing Lashkar-e-Taiba and JeM terrorists into Jammu and Kashmir but also supporting Hizbul Mujahideen and Al-Badr terrorists and smuggling weapons into India.

The material recovered from the slain terrorists including weapons, wireless sets, medicines, clothes and food items bore the marking of Pakistan. Today, the sandbags recovered from the tunnel were manufactured in Karachi. It shows that from training to the launching of terrorists into J&K, everything has the Pakistan (government’s) stamp, Singh said.

He said the infiltration of the JeM terrorists was done to disrupt the democratic process as DDC polls are scheduled to be held in eight phases beginning November 28, 2020.

The four terrorists coming with 14 weapons means that they have sleeper cells and want to hand over the weapons to them. They were carrying RDX which shows they were planning to carry out multiple IED explosions at different places to target forces and the people, he said.