In south Kashmir last month, where the ECI has decided to conduct polls in three different phases, five persons, including a lady special police officer, were killed by suspected militants. 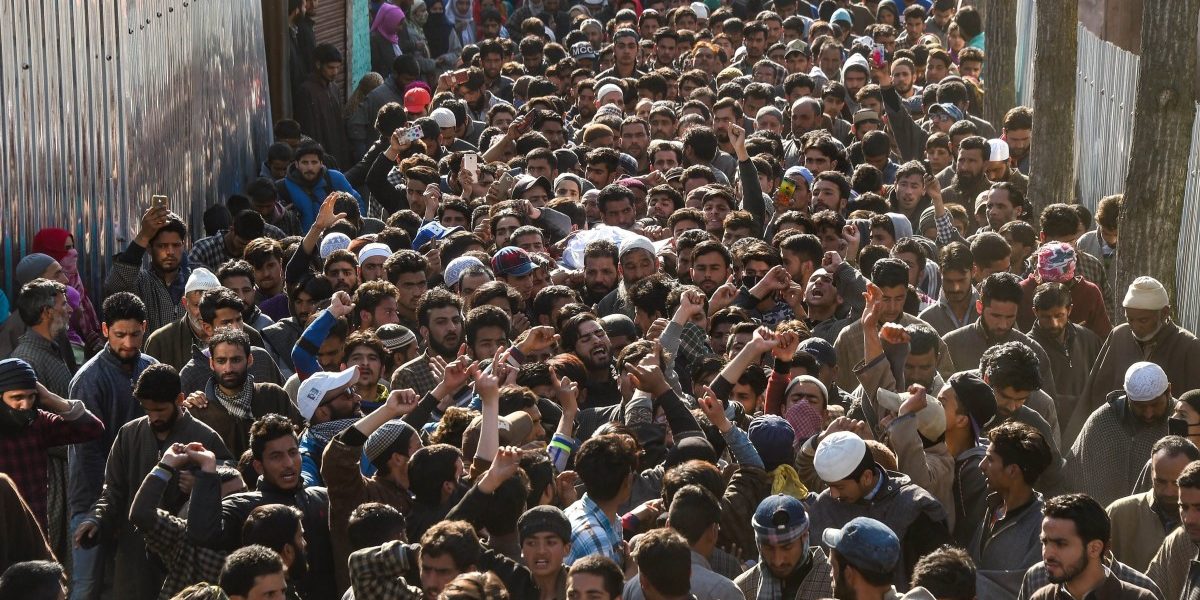 The funeral procession of the 12-year-old boy who was killed by militants. Credit: PTI

Showkat Ahmad  Naik, 25, was walking back home from the pharmacy on March 13 in Pinglena village of South Kashmir’s Pulwama district when he was shot by gunmen at point-blank range.

Donning a pheran, Showkat fell to the ground, bleeding from his head. A few minutes later, when the gunmen had vanished from the spot, Showkat was rushed to the Pulwama district hospital where he was declared dead on arrival. His head had sustained multiple bullet wounds. “Before leaving home to buy medicines for his ailing father, Showkat told me he would take lunch later,” said Showkat’s mother, 57-year-old Fata Begum. “I was waiting to serve him lunch when the heartbreaking news came. Only his dead body returned.” 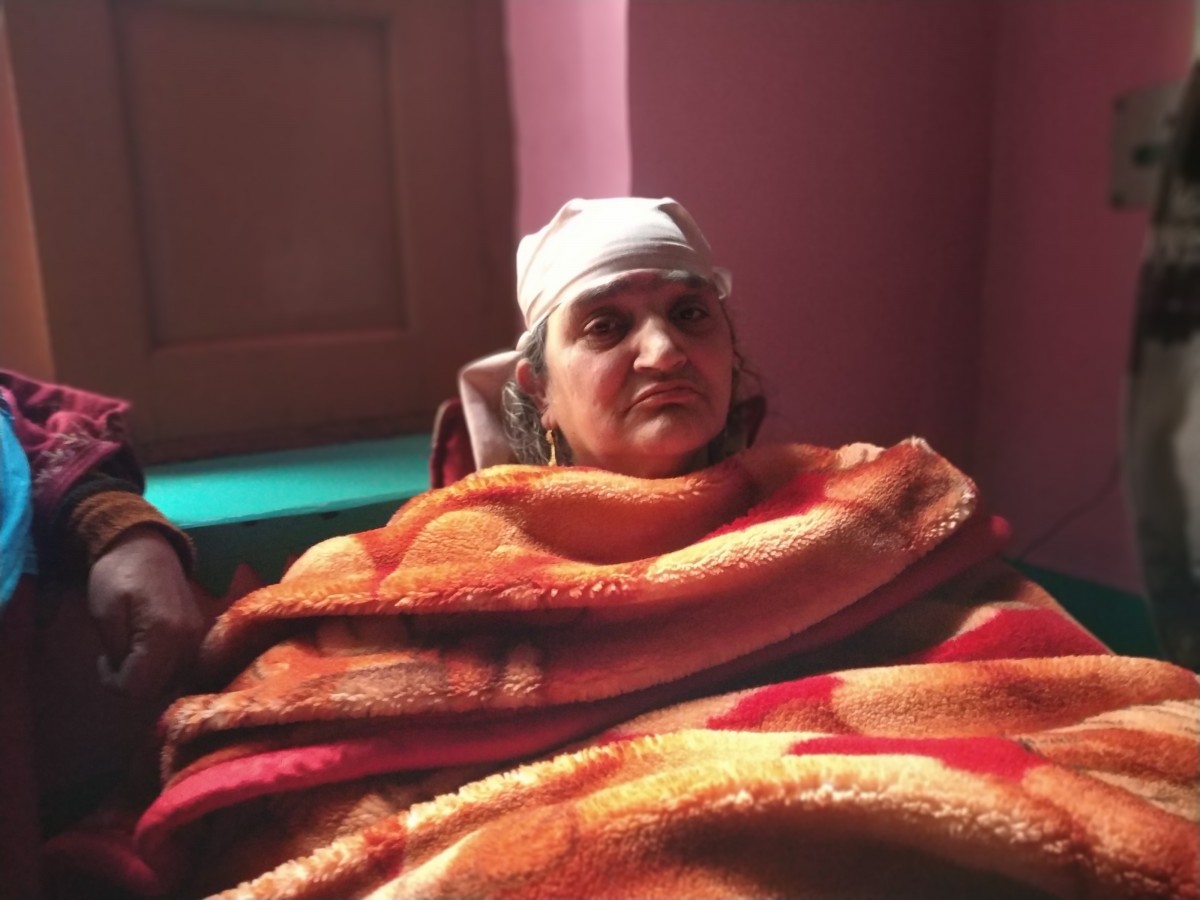 Showkat was an army “deserter” and was declared “technically a civilian”.

A few hours after the incident, an army spokesperson said Showkat was enrolled in the Territorial Army in January last year and later went on to the army’s Jammu and Kashmir Light Infantry (JAKLI) Regiment Center on 21 March 2018.

“But Showkat was technically a civilian,” the spokesperson said, “as he went on three days of leave on September 14 last year and never returned. He was declared a deserter on September 17, 2018. Recruit Showkat never took an oath as a soldier.” 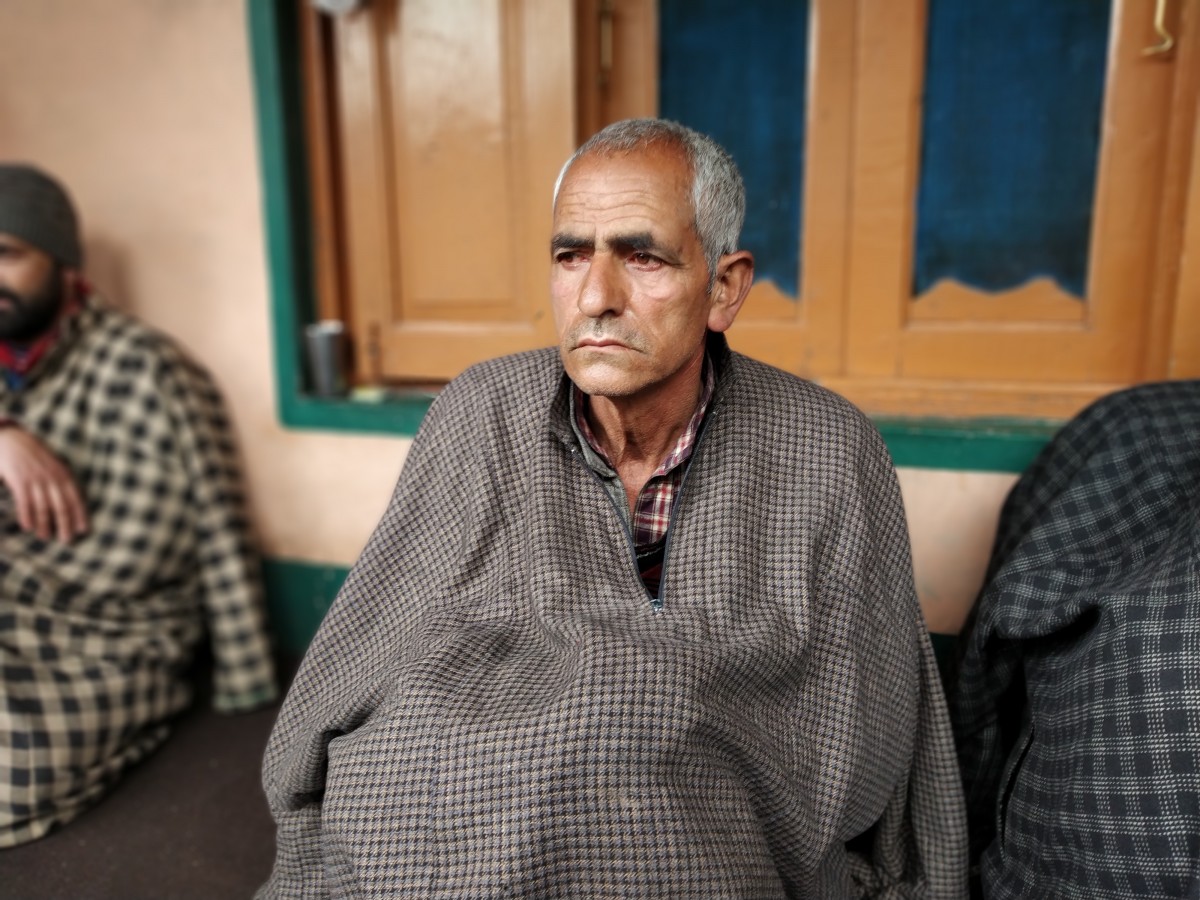 The only son and the lone breadwinner at home, unstable family conditions had forced Showkat to leave his army job. His father Mohammad Yousuf Naik, 60, is mentally challenged.

Also Read: Three Recent Events Prove the Alarm Bells Are Ringing Louder Than Ever in Kashmir

“Last year, Showkat joined the army. He completed his training at Rangreth in Srinagar,” said Fata. “After a few months, I suffered a heart attack and my low blood pressure problems compelled him to leave his job. We had no one at home who would take care of us. My husband was diagnosed with a psychiatric disorder ten years ago.” 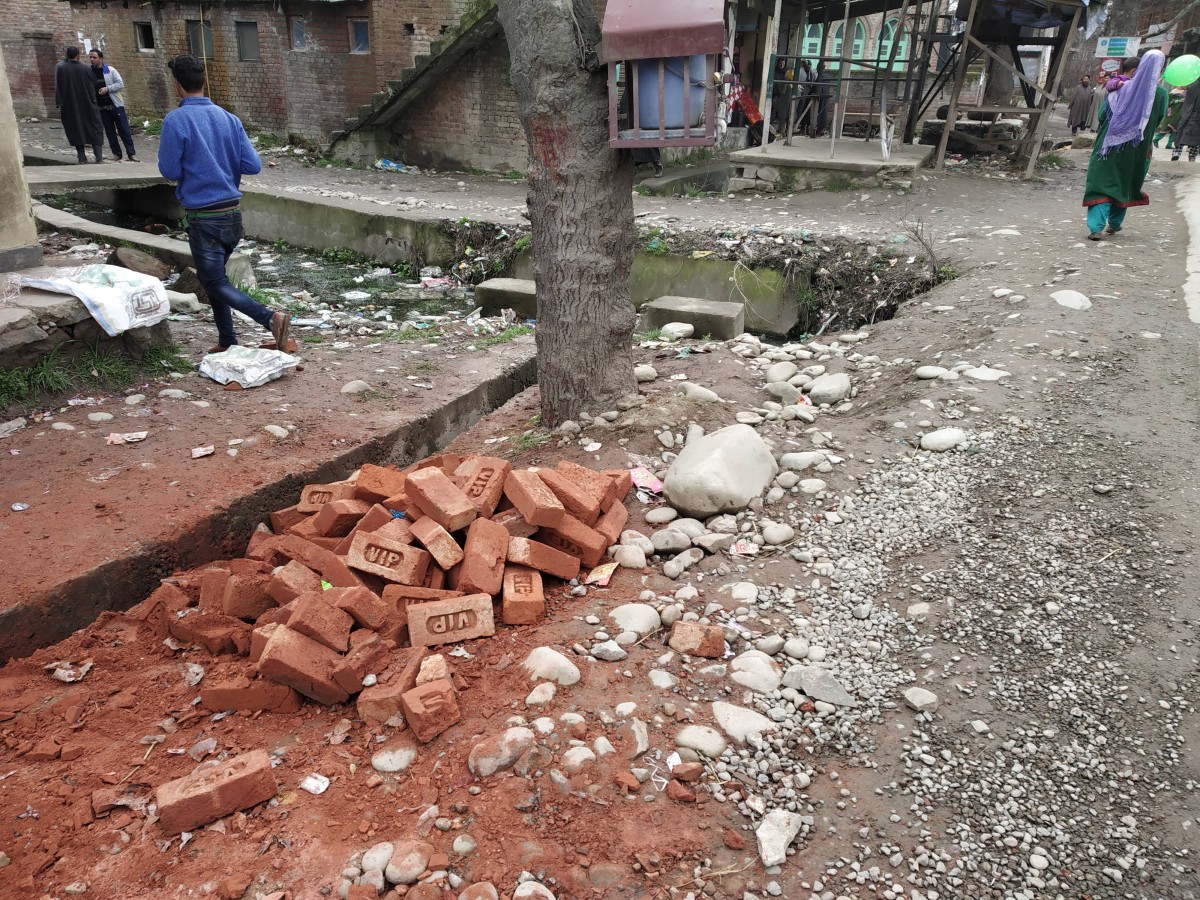 The spot where Showkat was killed. Credit: Aamir Ali Bhat

In the month of March, five persons, including a lady special police officer (SPO), have been killed in seven attacks by suspected militants. Two more were severely injured in three districts of South Kashmir.

These attacks took place days after the announcement of dates for the Lok Sabha polls by the Election Commission of India (ECI) on March 10. Calling the attacks “gruesome acts of terror” the police, in a statement, said all attacks were carried out by “terrorists”.

Late at night on March 14, Manzoor was abducted from his home and later shot dead. His bullet-riddled body was recovered around 5 kilometres away from his home in the Gulzarpora village of Pulwama district. Manzoor is survived by his wife, parents and two minor kids.

Earlier on the same day, a block president of National Conference (NC) Mohd Ismail Wani, 60, was shot by suspected militants in the Bijbehara town of Anantnag district. Ismail survived the attack after he was rushed to a sub-district hospital in Bijbehara, from where he was referred to Srinagar for specialised treatment.

On March 16, two gunmen entered the house of a female special police officer (SPO) and subsequently shot her dead at Vehil village in Shopian district. The woman SPO was revealed to be Khushboo Jan, daughter of Manzoor Ahmad. She was recruited as an SPO in 2016 and was posted in Shopian. Khushboo, who had sustained bullet wounds on her face, was shot dead at close range, the police said. 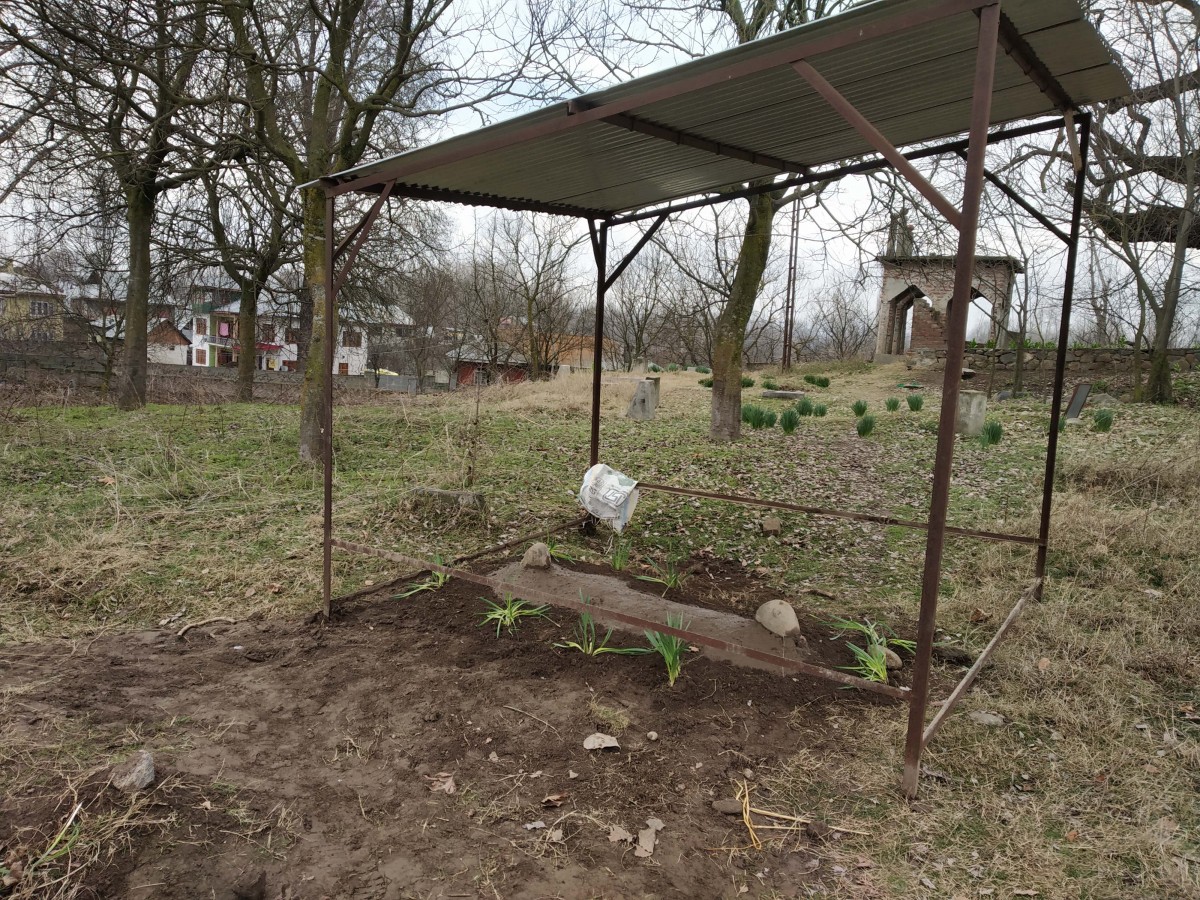 In another incident on the evening of March 18, a youth was gunned down in Reshipora area of Tral, Pulwama. Mohsin Ahmed Wani, 25, was shot at point-blank range by gunmen. He was rushed to a sub-district hospital Tral where he was declared dead on arrival. Mohsin, a farmer by profession, had received a bullet in his neck.

On March 22, suspected militants attacked Municipal Council Anantnag chairman Hilal Ahmad Shah. Hilal escaped uninjured but his personal security officer identified as Irshad Ahmad sustained a bullet wound in the attack. He was rushed to the hospital where his condition was said to be stable.

In Photos: After Young Principal’s Custodial Death, Grief and Anger in Kashmir

Suspected militants on the afternoon of March 27 shot dead Tanveer Ahmad Dar, 24, in Kachdoora village of Shopian district. Tanveer, a resident of Bemnipora in the Shopian district was abducted by militants from his home in the morning, police said. They said the militants later killed him in the neighbouring village Kachdoora.

Immediately after the incident, a pre-recorded video of Tanveer went viral on social media, wherein he confessed that he had informed the army about the presence of militants in the Gadapora village of Shopian last week.

“I was in contact with an army major. I informed him about the presence of four militants. The major promised me with Rs. 60, 000,” Tanveer is seen saying in the video. “Instead of 60,000 the major later gave me two weed-filled cigarettes. I committed a mistake and will never repeat it again.” However, the police have said that the authenticity of the video is yet to be verified.

Except for Tanveer’s case, no militant groups have claimed responsibility for any of the other attacks so far. Villagers attend the funeral of some of the civilians killed in Pulwama on Saturday. Credit: PTI

Kashmir’s security apparatus is in disarray

These frequent militant attacks, just before the parliamentary elections, are raising some serious questions about the security establishment in South Kashmir where the ECI has decided to conduct polls in three different phases.

South Kashmir is one of the three parliamentary constituencies in the Valley and is spread out over the Anantnag, Kulgam, Shopian and Pulwama districts.

“The primary job of administration is to ensure the security of the people. We are under presidential rule right now. We don’t think enough measures are being taken to put a halt on difficult situations we are witnessing currently,” said Imran Nabi Dar, provincial spokesperson of Nation Conference.

“These incidents are not new. Killings are going on over the past so many years but current positions reveal the disarray in security apparatus in the state.”

Hitting out at the last government ledby the BJP and the PDP, Imran said, “ever since BJP-PDP came into power in 2014, the situation in Kashmir has gone from bad to worse. These killings are a legacy of their government.”

“After the urban local body polls, the governor said polls were conducted peacefully. Hope they will manage to conduct upcoming polls peacefully too,” Imran added.

The Peoples Democratic Party (PDP), which is another major political party of the state, said the attacks are being carried out to stifle the voices and strengthening of democracy.  They said that the people of Kashmir will always choose ballots over bullets. 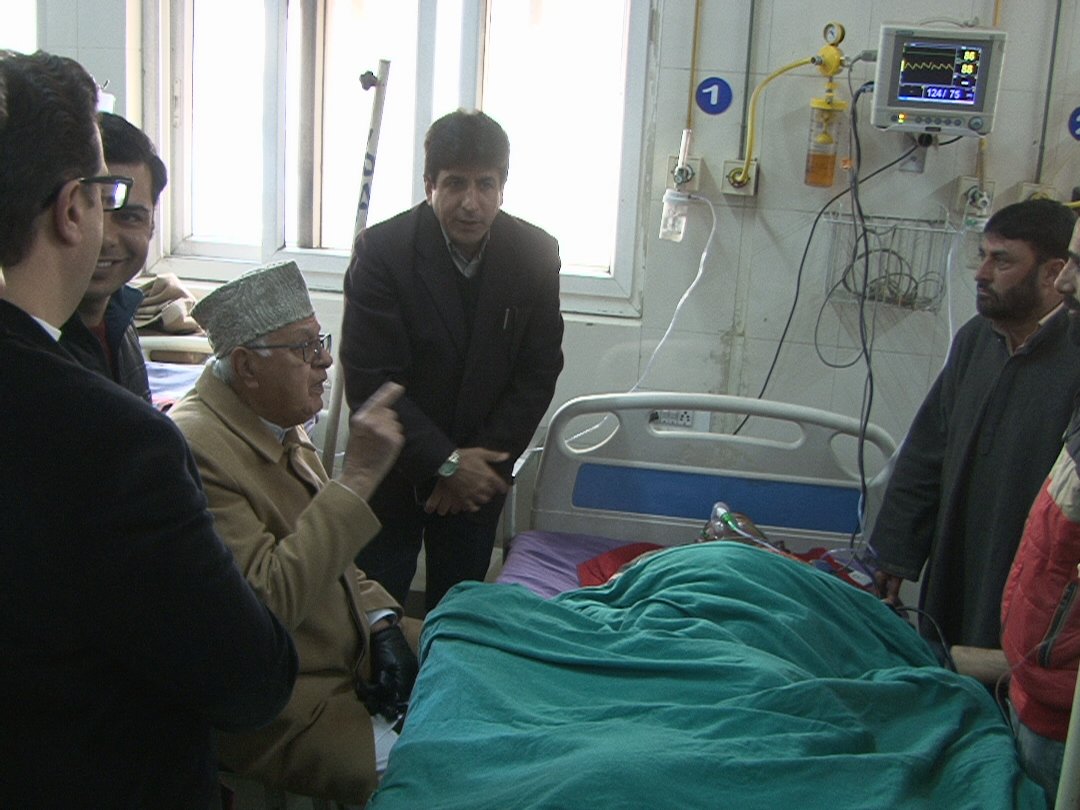 “The year 2002 was a watershed movement for democracy in Kashmir. From this year, the legitimisation, as well as the enlargement of democracy took place simultaneously in the valley. During the 2002 elections and even before that, more than 270 political workers were killed in Kashmir. But the people of the valley have time and again reposed their faith in democracy,” said Najmu Saqib, additional spokesperson of PDP.

“We need better candidates in parliament who can truly represent the people of Kashmir.  It is the responsibility of every stakeholder to make the atmosphere conducive for elections.”

Also Read: It Was Jahalat That Killed Both Rizwan Pandit and Aatif Mir

Besides having a highly challenging constituency for the Lok Sabha polls, experts believe, that more attacks will lead to fewer participations in upcoming polls in South Kashmir.

“By deciding to conduct the election in three phases the ECI has accepted that South Kashmir is a challenging constituency. Now the recent killings have added more distress and increased alienation among the public,” Dr Noor Ahmad Baba, professor of politics and governance based in Srinagar told The Wire.

“Those who got killed were identified by society by whatever their political background was. Therefore under these circumstances, it is difficult for contestants to reach out to people,” said Baba. “You can’t expect people to take part in elections when they are in mourning. The government should create some semblance of peace if they want elections to be held successfully. More problems mean less participation.”

Following the attacks, the police said that their local units have visited the terror crime spots and are investigating the circumstances which led to these gruesome terror incidents.

“We can’t relate these specific killings with elections. Killings are happening at other times as well. The job of terrorists is to spread terror,” Deputy Inspector General of Police, South range, Atul Kumar Goel told The Wire.

“Yes, we can say under current circumstance the South Kashmir elections are challenging but our department is ready to overcome every problem. Elections will be held successfully.”