English language journalism in India has produced many great editors, but few heroes, and no martyrs. Now it has produced both.

Death has shadowed Shujaat Bukhari’s family since the first days of the militancy in Kashmir. I first met him in 1992. He was then the correspondent of The Hindu in Kashmir; I was a columnist of the paper, so he invited me to his parents’ home for dinner. Sitting on the balcony of their house, looking down at the wide street below, he told me that his cousin had been shot dead the previous year in a cross fire between the police and militants while he was walking home from work.

Now death has claimed its second victim from within his family.

English language journalism in India has produced many great editors, but few heroes, and no martyrs. Now it has produced both. I remember well his reports in the Hindu in those early days. All through those tragic years he did not allow a single trace of the trauma he and his family had suffered, to enter them. Throughout those years, his reporting was sober and factual. This was no small achievement for in those days, the militants kept an eye on everything that the newspapers printed, deluged their offices with press releases and forced journalists, often on pain of death, to accept their version of every violent event in the Valley, you could tell who was a reliable correspondent from the stories he, or she, chose not to report or highlight. So, of course, could the militants.

But the constant threat under which he lived did not deter Shujaat from being extremely selective in what he reported. So every one of his despatches contained a balance, and emotional control, that gave it the stamp of authority. When he launched Rising Kashmir ten years ago, he put the stamp of his personal virtue onto an entire newspaper. It is not surprising therefore, that in less than a decade, Rising Kashmir became the newspaper of record for researchers and journalists studying Kashmir.

Tragically, it is this integrity, and balance, that has got him killed. For the militant organisation that chose to target him did not do so because he was a stooge of the Indian intelligence agencies, the Narendra Modi government, or the Peoples Democratic Party government in Srinagar.

It chose him because he was an unabashed Kashmiri nationalist who never hesitated to speak his mind to both New Delhi and Kashmir, and therefore had the credibility to make both listen to him. What had shaped his thinking and made him different from all but a handful of his Kashmiri peers, was his in-depth understanding of the politics and society of both India and Pakistan. This is what had convinced him that in the long run Kashmir’s best interests lay with India and not Pakistan. 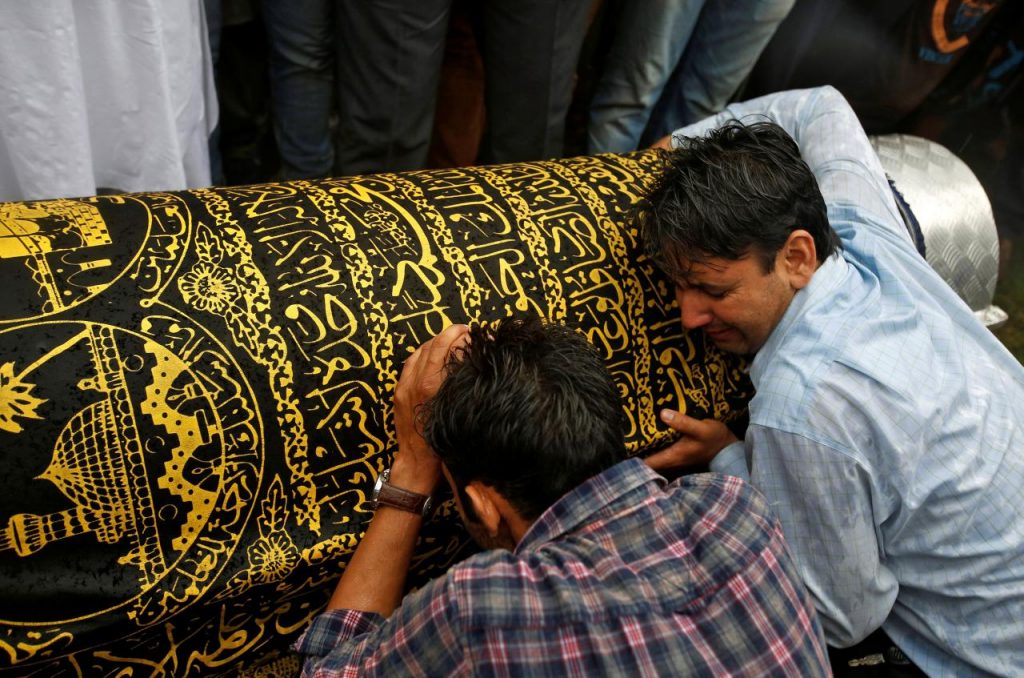 He was not alone in this. As recently as 2010, a Chatham House survey of Kashmiri opinion had found that even in the four most militancy-hit districts of the valley, only 2.5 to 7.5 percent of the respondents said that they wanted to belong to Pakistan. Like the majority of Kashmiris he wanted a political independence for Kashmir that did not involve the disruption of its economic, social and educational ties with Jammu and the rest of India. He also firmly believed that this was not achievable without drawing Pakistan into a larger peace in the subcontinent.

This is the future that most Kashmiris still aspire to. But it is a peace that is anathema to the Pakistan army, and to a growing stratum of young Kashmiris who have been radicalised in the pincer grip of of Salafi Islam and unending police brutality. Rising Kashmir was not the only Kashmiri newspaper that reflected these conflicting emotions. But it had become the most influential among them. That is what has cost Shujaat his life.

In a rare show of unanimity, India’s political leaders have joined hands to grieve for his death. But a better tribute would be to ask themselves what they can do to give meaning to his life, so that he will not have died in vain. The answer that stares them in the face, is to frustrate the purpose of his assassins. This is to provoke India into resuming, and intensifying, the repression that has been its only mode of communication with the Kashmiris for the last four years.

Shujaat’s murder, a day before Eid, is not an accident. It was not propelled by hot blood, but was a cold blooded act almost certainly masterminded, by master planners in Pakistan’s ISI, as were the killings of Mirwaiz Maulvi Farouq in 1990 and Abdul Ghani Lone in 2002. It was carried out by by assassins who had studied Shujaat’s routine for days, and had loitered in the neighbourhood of his office till they were tipped off by an accomplice that he was about to leave for home. Its purpose was to trigger a cry of outrage in the Indian media that would force Delhi to end the cease fire and resume its campaign of military repression the moment Eid was over.

The ISI was so mortally afraid that Delhi would extend the cease fire indefinitely, as a prelude to resuming a dialogue with Kashmiri “separatists”, that it had organised a doubling of the number of attacks upon the police , security forces and other government targets, during the month of Ramzan. Shujaat’s murder was intended to make doubly sure that this did not happen. How close it has brought them to success became apparent yesterday, when National Security Adviser Ajit Doval assured the media that the cease fire was only for the month of Ramzan.

If the Modi government wishes to checkmate Pakistan, it should do the exact opposite of what the ISI is trying to push it into doing. It should extend the cease fire indefinitely and limit the role of police and paramilitary forces to only responding to militant attacks. It should urge the Kashmir government to complete the release of stone pelters from jails, enter into a dialogue with them, and help them to make up the loss of study time they have suffered during their incarceration.

It should, grant the long withheld general amnesty to militants who gave up the gun in the nineties, and offer it to all those who have been arrested and ‘processed” through police custody since then. At the same time, it should obtain state-of-the-art riot control gear for the Kashmir police without delay and regardless of cost (from China would be best because it employs only the best) and make the use of pellet guns unnecessary.

In less extreme conditions this would suffice to re-start a dialogue with the Hurriyat and other political groups. But the infructuous dialogues of the past two decades have taught the Hurriyat that entering into an inconclusive dialogue with Delhi not only weakens its position in the Kashmir, but opens them to the threat of assassination by Pakistan.

The only way to restart a credible political search for peace is for Delhi to state, unequivocally, that its goal is to restore the autonomy guaranteed to Jammu and Kashmir by Article 370 of the constitution, while retaining the administrative integration spelt out in the Delhi Agreement with Sheikh Abdullah in 1952. This should not be difficult because it has been stated at one time or another by every single important leader in the country, including the prime minister.

The hard part will be defining the contents of autonomy and the limits of integration, because a great deal has changed in the intervening 66 years. The way to do this is not to engage in bilateral talks with one or more political groups in Kashmir, but to create conditions in which a dialogue develops between them that leads to a consensus on the future. Delhi’s only commitment should be to making sure that it is within the parameters of the constitution and the Delhi Agreement, before giving its consent.

Today we mourn Shujaat’s death. I only hope that one day we will find it in ourselves to make it the cornerstone where the road to war became the road to peace. That would be the right way to celebrate his life.