Police fired bullets and pellets at stone-pelting protesters outside Baighpora village in Pulwama. 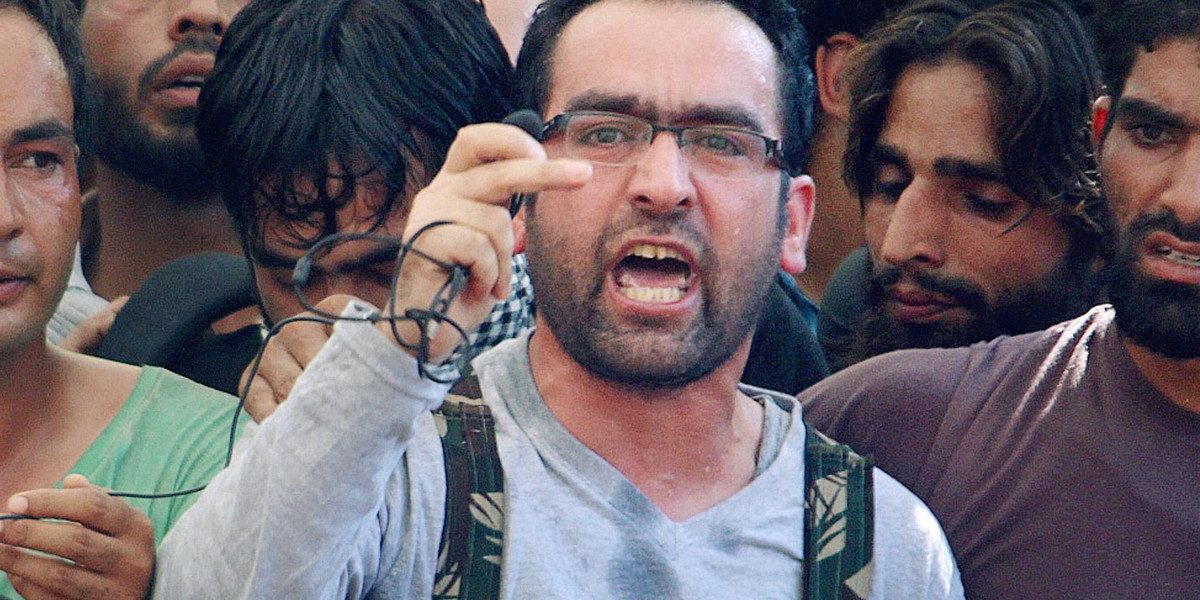 Srinagar: For the second consecutive day, protests marked by stone-pelting continued in Pulwama, where slain Hizbul Mujahideen commander Riyaz Naikoo was from. The authorities tightened restrictions to prevent people from visiting the militant’s home in Baighpora village in south Kashmir.

At least one person was killed and more than two dozen were wounded after the Jammu and Kashmir police and other forces opened fire and used pellet guns and teargas shells to quell protests in Baighpora and adjoining villages.

A doctor at a health facility in Pulwama identified the killed civilian as 32-year-old Jehangir Yusuf Wani, a resident of Uthmula village in Pulwama.

“He was brought dead to the hospital with multiple firearms injuries on his body,” said a doctor at the primary health centre in Tahab, Pulwama.

Apprehensive that the police might take possession of the body, locals said the killing was kept a “secret” to ensure the body is buried at the family graveyard.

Since the COVID-19 lockdown began in Kashmir in March, the police have buried militants killed in gunfights in remote and nondescript places in Baramulla and Ganderbal districts.

A senior police officer from south Kashmir said they were ascertaining how the young man died. “We are also verifying whether all procedures were followed before the burial. We will act accordingly in the case,” said the officer.

Amid the restive calm in Kashmir, protests flared up at several places around Baighpora a day after the security forces killed Naikoo, the operational chief of the Hizb. A math-teacher-turned-militant, 35-year-old Naikoo was among the longest-surviving militants in Kashmir. He had been active for the last eight years.

The medical superintendent of Pulwama district hospital said since Wednesday, they have treated 14 injured people – three with bullet wounds and the rest with pellet injuries. “All of them were referred to SMHS (Shri Maharaja Hari Singh Hospital in Srinagar) for treatment,” the doctor said.

A doctor at SMHS’s trauma centre said at least 24 people with bullet and pellet wounds were received at the hospital. He said the pellets had perforated one or both eyes of at least 16 persons.

Back in Pulwama, security forces have completely sealed Naikoo’s village to prevent people from visiting his house. Since Thursday early morning, men and women – some of them elderly – walked miles on foot through paddy fields and orchards to reach Baighpora.

However, security forces fired in the air and resorted to teargas shelling to push these people back. Khatija and three women from Aarwani, a village in the neighbouring district of Anantnag, said they left home at around 7 am.

Sitting under the shade of poplar trees on a railway track behind Baighpora, 47-year-old Khatija said the police and CRPF used force to drive out mourners from Naikoo’s home.

“We came to pay our respects to the family,” she said. “He (Naikoo) too was like our son. This (Kashmir) issue continues to consume our younger generation.”

At a short distance, young men pelted stones at jawans. The pitched battle continued through the day. “They are not letting us in. We wanted to meet his (Naikoo) parents,” said Waseem Nabi from Shopian.

Meanwhile, the bodies of Naikoo, his associate Adil Ahmad from Pulwama’s Panzgam village who was killed in Baighpora village and two other militants killed in a separate encounter at Khrew village of Pampore town were buried in the Sonamarg area of Ganderbal district.

An official said the burial took place under the supervision of a magistrate. However, the families of the slain militants were not allowed to participate in the funeral.

This is the first period in Kashmir that bodies of local militants are not being handed over to families for last rites. The J&K police have said the move was aimed at preventing the assembly of people as per the COVID-19 prevention guidelines. Over the last few years, militants’ funerals have been a source of worry for both security agencies and the government.