Five Rafale fighter jets will land at the Ambala air base on Wednesday afternoon. 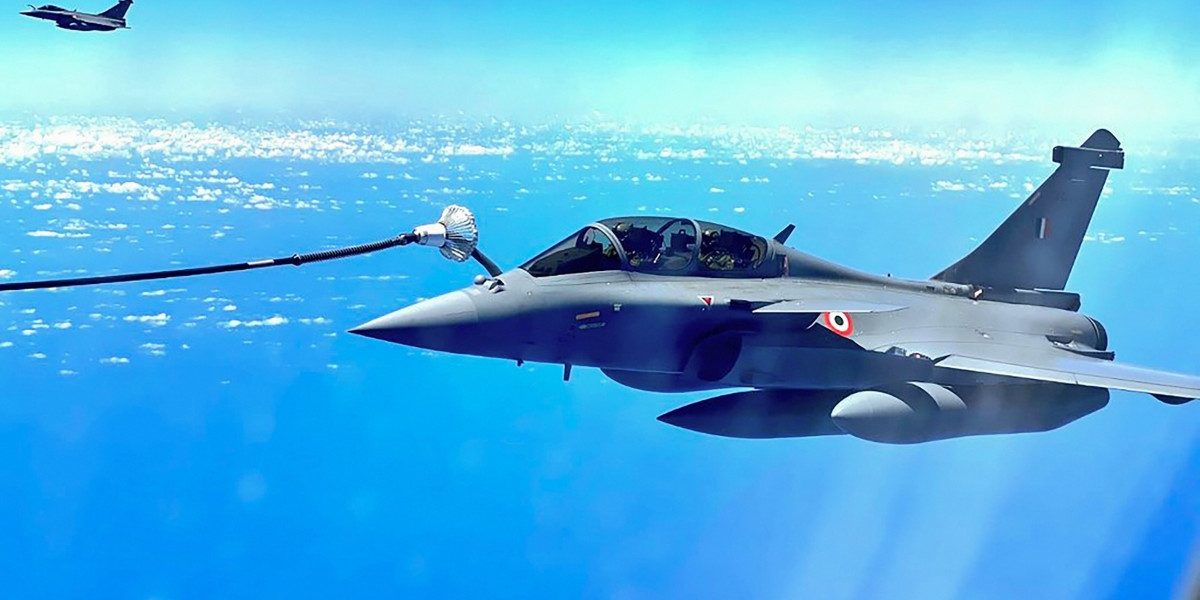 Midair refuelling of one of the five Rafale jets, which took off from France on Monday, on its way to India. The Rafale aircrafts are covering a distance of nearly 7,000 km from France to India with a single stop in UAE. Photo: PTI

New Delhi: A large section of the national media has been broadcasting a blow-by-blow account of the process of delivery of the first tranche of the controversial Rafale fighter aircrafts from France ever since they were readied to be flown around 7,000 km to India on July 27. But most of them are likely not to be able to take photographs or videograph the jets from close quarters after they land at the Ambala air base in Haryana on July 29.

This is because a security blanket has been thrown around the Air Force station at the request of the Indian Air Force to prevent any photography or videography.

While a number of media persons on their way from Delhi to the Ambala airbase since Tuesday onwards have encountered police check points reportedly “set up hastily on approach roads to the Air Force station”, Section 144 has also been clamped in four villages located close to the air base.

According to an Indian Express report, Mukesh Sehgal, DSP (Traffic), Ambala, told reporters that people gathering on rooftops and photography during the landing has been strictly prohibited. As per the IAF’s request, no drones were to be flown at the time of the jets’ arrival.

Five Rafale jets took off on their journey to the air base from France’s Merignac air base on July 27, in the presence of Indian ambassador Javed Ashraf. En route, the jets halted at the Al Dafra air base in the United Arab Emirates for mid-air refuelling.

The news report said the chief of air staff, Air Chief Marshal R.S. Bhadauria, will be present at the air base to induct the jets – the newest addition to the IAF arsenal – into the Force after they arrive in the first half of Wednesday.