Nearly Seven Decades Before Rafale, the Unheralded Arrival of Another Dassault Aircraft

The Ouragan (Hurricane) fighter-bombers – nicknamed Toofani by the Indian Air Force – were deployed in many important missions, including India’s wars with China and Pakistan. Chandigarh: The hype which greeted the five Rafale fighters which flew into Ambala last week was a far cry from the manner in which the Ouragan, manufactured by the same French company, Dassault, arrived in 1953.

As a newly commissioned fighter pilot in 1955, Pilot Officer Indrajit Singh Sandhu was amongst the first to begin operating the French Dassault M D 450 Ouragan combat aircraft – forerunner of the 4.5 generation Dassault Rafale fighters – which too had landed at Air Force Station (AFS) Ambala 67 years earlier.

Arriving nobtrusively and unheralded, the first four Ouragan (Hurricane) fighter-bombers – nicknamed Toofani by the Indian Air Force (IAF) – landed inconspicuously on a glorious sunny day at AFS Ambala in October 1953. They were received on the tarmac by no more than 10 IAF officers and other defence officials.

Their fortnight-long flight from Istres in France had necessitated 11 halts, including overnighters at Baghdad, Sharjah and some countries in West Asia, whose names have since changed. The last stop before entering India was, ironically, Karachi in Pakistan.

In their final leg, it took the Toofanis one day each to operate from Karachi to Palam in New Delhi and then onto Ambala, according to the logbook of one of the IAF pilots involved in the ferrying operation.

The Rafales, for their part, accompanied by two Armee de l’Air Francaise mid-air refueller tankers, covered the 8,000km from Dassault’s facility in Bordeaux-Merignac to AFS Ambala, with just one stopover at Abu Dhabi which, too could have easily been avoided.

Their arrival was cheered lustily by the Indian media, former IAF chiefs and retired fighter pilots, all of whom looked upon the advanced fighters as the ‘magic bullet’ to end the enduring standoff between the Indian and Chinese armies since early May along the disputed Line of Actual Control (LAC) in Ladakh. 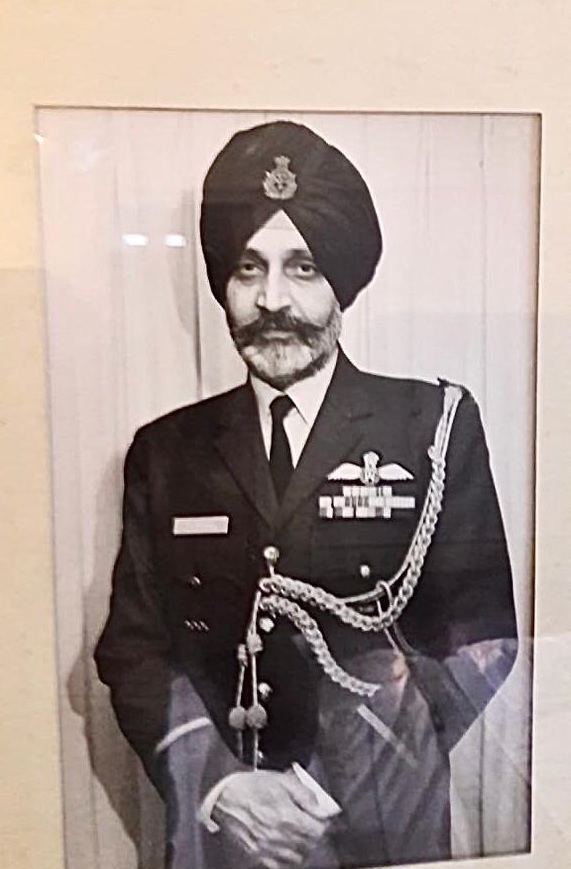 “The Rafale delivery last week was nothing but an embarrassing tamasha for all self-respecting IAF officers,” said 85-year-old Air Commodore Sandhu from his farmhouse on the outskirts of Chandigarh, where he lives after retiring as India’s air attache’ to Moscow in 1989.

“The unnecessary spectacle over the arrival of three fighters and two dual-seat trainers of a total 36 platforms, was nothing but shallow, juvenile and fruitless,” declared the former IAF test pilot who flew bombing missions over central and northern Pakistan during the 1965 Pakistan war in the Dassault Mystere IVa fighter-bombers, that succeeded the Toofanis.

But the Toofanis, says the tall and imposing retired fighter pilot, were superb aircraft which were more agile and efficient than their British Vampire equivalents. And, unlike the Vampires or even the British interceptor-fighter Hawker Hunters, the French platforms were ‘highly reliable’ and rarely ever failed the IAF, he reminisced.

However, in contrast to the ‘significantly heavier’ British fighter-bombers, the engines of the French combat platforms were under-powered, Sandhu said and generated limited thrust, that in turn restrained manoeuvrability and a higher and acute angle of attack. They were also ‘hugely expensive’ compared to equivalent British platforms – an attribute that persists even today.

Meanwhile, delivery by sea of the 60-odd remaining Toofani’s that the IAF had acquired in 1952 was completed by mid-1954, and these fighters remained in service till 1967, the air commodore said. In an intriguing parallel, however, some ‘basic commonalities’ have emerged between the two French Dassault fighter inductions, despite being separated by nearly seven decades.

The Toofanis, for instance, were commissioned into two squadrons – No. 3 and No. 8 – at Ambala, while the Rafales, once their deliveries are completed by early 2022, will similarly join two squadrons: No. 17 ‘Golden Arrow’ at Ambala and No. 101 ‘Flying Falcons’ at AFS Hasimara in Northeastern India.

A deliberate attempt to diversify

The decision by newly independent India to procure French fighters in the early ’50s, instead of adding British equivalents to the fledgling IAF’s combat fleet, was prompted by strategic considerations analogous to those in later years – of deliberately diversifying the country’s materiel assets.

Prime Minister Jawaharlal Nehru and his military leadership opted wisely to rebuff India’s former British colonial rulers, wrapped in their self-professed indispensability towards sustaining their ex-fiefdoms with only their military hardware, in order to perpetuate dependence.

By choosing Toofanis, and then the follow-on Mysteres, Nehru succeeded in bucking the trend, which in later years his successors like Indira Gandhi, her son Rajiv, and thereafter Manmohan Singh and even Narendra Modi continued. Thus India, under successive governments procured the Anglo-French SEPECAT Jaguars in the late 1970s, followed by the Dassault Mirage-2000Hs a decade later and thereafter Rafales in 2016. These assorted French fighter types considerably dilute the IAF’s Russian fighter monopoly that had proliferated after the mid-1960s.

During the 14-odd years that they were in service, the Toofanis – armed with air-to-ground rockets and rudimentary bombs filled with TNT-based explosives – were deployed during India’s military takeover of Goa in 1961. They were also employed on ground attack missions against secessionist groups in Assam and Nagaland and briefly for reconnaissance during India’s 1962 border war with China, a conflict in which the IAF remained inexplicably uninvolved.

Subsequently, during skirmishes with Pakistan, that began in April 1965, before culminating in a full-blown war five months later in September, a Toofani strayed into the neighbouring country and was forced to land by a Pakistan Air Force (PAF) Lockheed Martin F-104 Starfighter. Its pilot was repatriated back home to India, but the Toofani ended up at the PAF’s Peshawar museum, where it presumably is still on display with IAF markings.

In the meantime, after operating 300 hours on Toofanis, Sandhu transferred onto the more advanced sub-sonic Dassault Mystere IV fighter-bombers that had begun arriving in 1957 as eventual replacements for the older French fighters at the newly established AFS Kalaikunda in West Bengal.

The hydraulically-controlled, swept-wing Mysteres were capable of reaching Mach 1 speeds in a dive, and Sandhu spent the next three years mastering the technology of the IAF’s most advanced aircraft, with a combat ceiling of over 49,000 feet.

After war erupted with Pakistan in late 1965, Sandhu was deployed to the No. 31 Mystere squadron at Pathankot, and over the next several weeks, conducted 24 attack missions over Lahore, where he was born in 1935, and nearby Sialkot in support of advancing Indian army formations.

Returning from one such bombing raid over Lahore in his Mystere, then Squadron Leader Sandhu and his wingman Flight Lieutenant Tajinder Sethi were chased and fired upon by PAF F-86F Sabre fighters. In the ensuing dogfight, Sethi’s aircraft was blasted out of the sky, killing him instantly, and though Sandhu’s fighter was badly shot up, he managed to somehow limp back to safety at Pathankot. 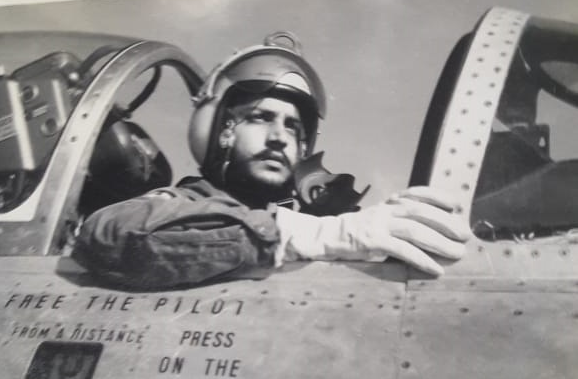 The forthright Sandhu candidly admits that the 1965 air war was a ‘draw’, as was aerial combat in the follow-on 1971 conflict, in which the IAF fielded the newly imported Soviet Sukhoi Su-7 ground attack and MiG-21 air defence fighters. “The IAF lost an unusually high number of aircraft even in 1971 to call it anything but a draw,” he declared, but added that the ground forces did remarkably well and created Bangladesh.

By 1973, all the Mysteres had retired, making way for advanced Soviet-era fighters from the Mikoyan stable like MiG-21s/23s/25s/27s and MiG-29s and more recently the superior multi-role Sukhoi Su-30MKI’s, all of which exponentially changed the IAF’s dynamics and overall operational efficiency, reach and lethality.

“But these combat platforms were complemented by equally effective French fighters like Jaguars and Mirages,” Sandhu said. And now with the arrival of the vastly costly, but deadly Rafales armed with advanced weaponry, the wheel has come full cycle, he added.