Punjab: ‘What Kind of Government Defines a Martyr on the Basis of a Time Frame?’

At least 12 families of war heroes have been denied benefits from the state’s Honour and Gratitude Policy for various bureaucratic reasons. 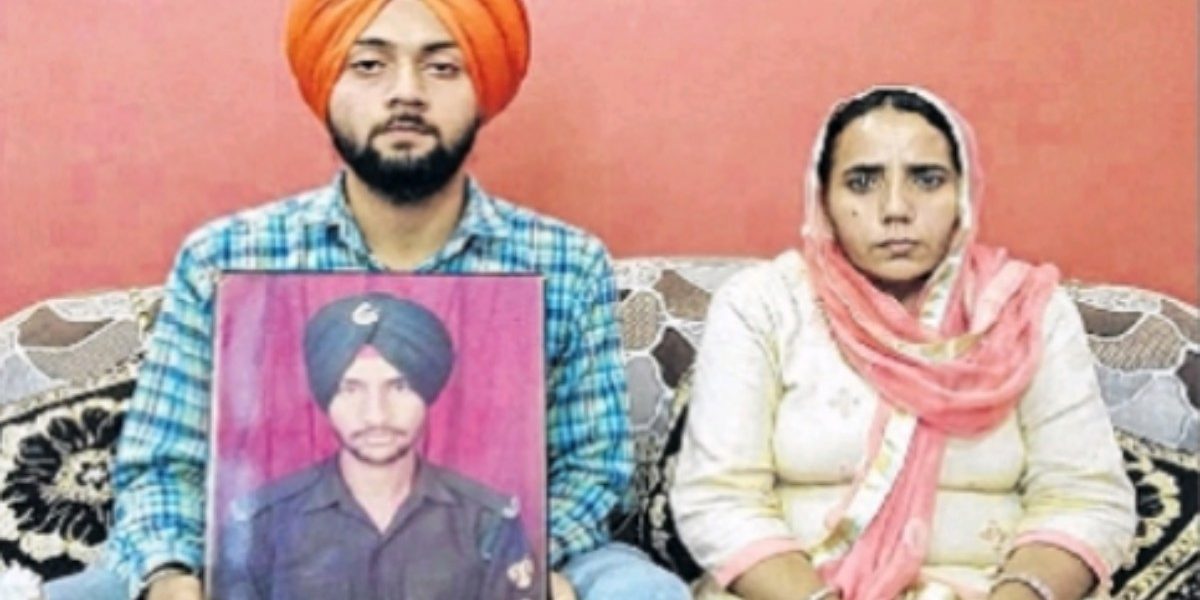 Jalandhar: Palwinder Kaur was five months pregnant when her husband Rajinder Singh, a sepoy in 22 Punjab Regiment, was killed while deployed in the Poonch sector of Jammu and Kashmir on November 1, 1998. He was awarded the Shaurya Chakra posthumously.

Four months later, by the time her son had been born, Palwinder’s life had changed. She was a single mother and she was waiting for financial assistance from the Punjab government.

It is now 2020 and Palwinder is still waiting for some sort of assistance from the state government. Her 21-year-old son, Ravinder Singh, has been shuttling between government offices in search of a job. He is not entitled to one because the Punjab government’s Honour and Gratitude Policy bars soldiers martyred on or before 1999 from any government support or job. 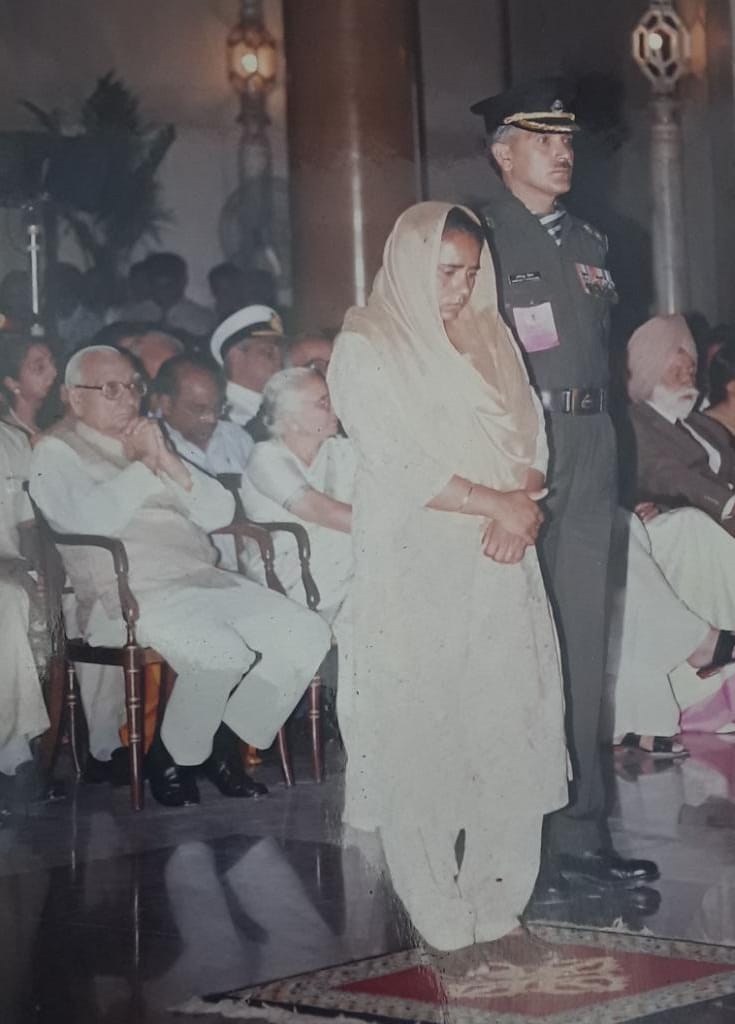 “My husband sacrificed his life while eliminating four militants during Operation Rakshak and was awarded the Shaurya Chakra. He is a shaheed (martyr) because he died fighting for the country,” Palwinder tells The Wire from Kalanaur in Gurdaspur district. “Now, when I see my son, Ravinder, running from pillar to post for a government job, I am miserable. Only my husband’s regiment has remained in touch with us since then. We have been conveniently forgotten by all the governments in the state.”

The policy was amended on June 27, 2000, allowing job benefits for the dependents of those soldiers who had been awarded the Param Vir Chakra, Maha Vir Chakra or Vir Chakra posthumously before January 1, 1999. There have been further amendments to the policy since then, but because the policy specifies a certain time frame, Palwinder’s family is still not entitled to any benefits.

On June 18, 2020, Punjab chief minister Captain Amarinder Singh increased the ex-gratia amount for soldiers killed in action from Rs 10 lakh to Rs 50 lakh. He also said government jobs would be available for the next of kin, but made no mention of a time frame for battle casualties.

Meanwhile, Ravinder Singh is in college, but needs work. “I can’t recall how many times I have fruitlessly visited the office of Defence Services Welfare, Punjab, in Chandigarh,” he says. “It hurts to see such apathy when chief minister Captain Amarinder Singh himself is an army officer. The personnel department recommended an amendment to the policy last year but our case is still pending.”

Also read: On Permanent Commission for Women Officers, the Army Continues to Drag Its Feet

Now the only thing Ravinder can do is administer his Twitter handle, ‘War Widows of Punjab’. He wants justice from the Punjab government for the families of 12 soldiers who died like his father.

Sepoy Raunki Singh from 11 Sikh Light Infantry was killed on August 12, 1997, and received the Shaurya Chakra posthumously. His wife and four daughters received no help from the state government.

“Soon after my husband’s demise, my in-laws threw me out of their home in Jagraon, Ludhiana. My daughters and I settled in Batala, where my parents lived,” says Daljit Kaur, widow of Raunki Singh.“All these years, we remained solely dependent on my husband’s pension, though my husband’s regiment helped me during my daughter’s wedding. But despite having received a gallantry award for my husband’s valour, I remain a war widow on paper only.” 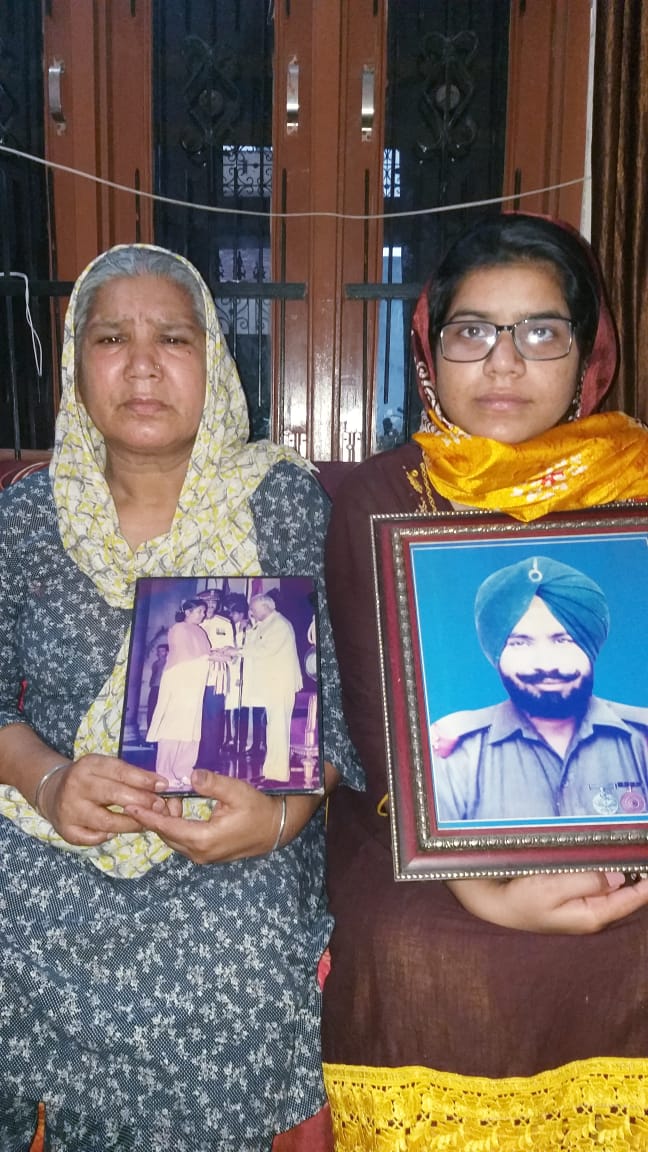 Daljit Kaur’s daughter, Gurmeet Kaur, became a nursing assistant so she could contribute to the family’s budget. “We have been waiting for government assistance for the past 23 years and sent a letter to that effect to the Punjab chief minister this February,” says Gurmeet. “These days, the Punjab government does not even wait for the announcement of gallantry awards; it assists the families of martyrs within a couple of days. But my father’s bravery has been ignored. Je sarkar kuch nahi kar sakdi, ta saade shaheed sanu wapis kar do. Mere papa mainu wapis kar do (If the government cannot do anything for us, please return our martyrs. Please return my father).”

Over the years, state governments have announced that they will amend the Honour and Gratitude Policy. This includes the SAD-BJP government that had come to power in an earlier state election. So far, however, no changes have actually been made.

Jalandhar resident Gulshan Sandhu, the son of Lieutenant Joga Singh, has also been following up with the Punjab government on this issue. Gulshan’s father was killed while fighting militants in the Uri sector of J&K on October 21, 1998 and was conferred the Shaurya Chakra posthumously.

Sepoy Satpal Singh from 9 Mahar Regiment was killed on November 11, 1994, while fighting militants in Doda district of J&K. His son, Bhupinderjit Singh (31), has completed his elementary teacher training, but was not provided with a government job. Today, Bhupinderjit runs a turban tying shop in Gurdaspur to make his living.

“My father is also a recipient of the Shaurya Chakra but what is the benefit?” he asks.“My case for a government job is still pending with the department of school education and also the personnel department. I was told a decision could be taken only after a cabinet meeting. Some years ago, we applied for a gas agency for war widows, but even that was denied.” 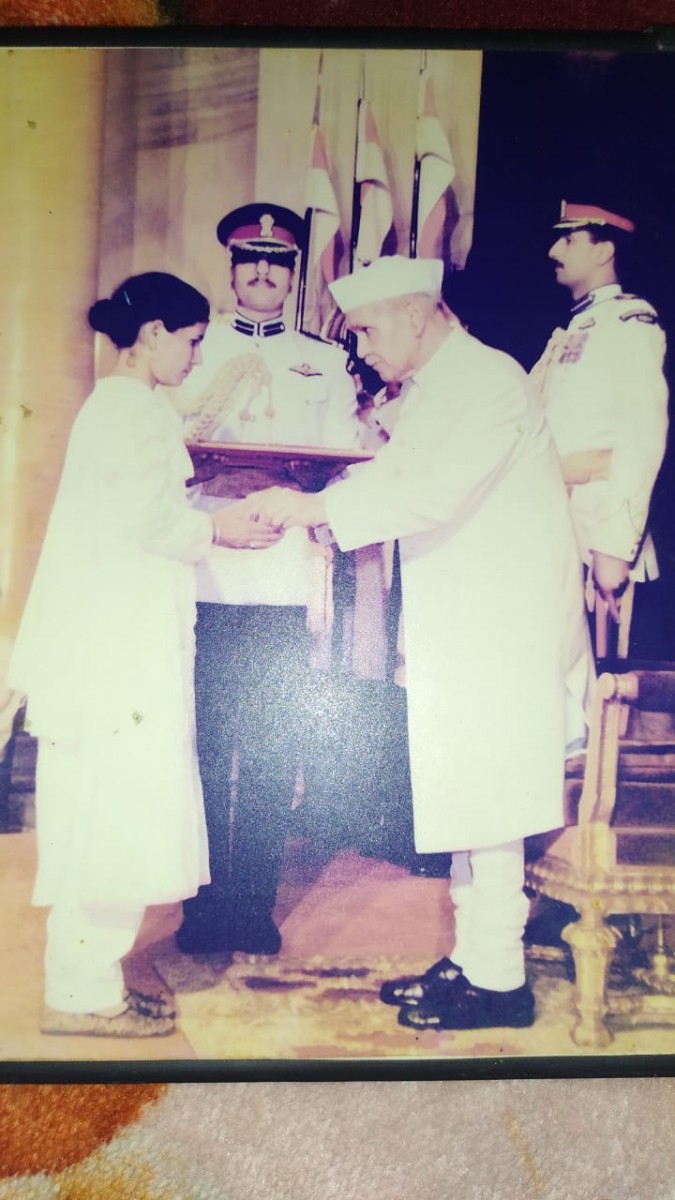 The family of Naib/Subedar Baldev Raj from the 17 JAK Rifles who received the Kirti Chakra posthumously is also a victim of this policy. A resident of Pathankot, Baldev Raj was martyred in Baramulla in J&K in 1992.

His son, Manmohan Singh, who works at a pesticide unit in Kathua, Jammu, said he was just 3.5 years old when his father was martyred.

“We survived on our father’s meagre pension and my mother started sewing to raise me and my two brothers,” he says.“After my graduation, I spent six years approaching the state government for a job, but my request was turned down because of this wrong policy. It is sad that the Punjab government defines its ‘martyrs’ on the basis of a time frame.”

Waiting for an amendment

According to Gurkirat Kirpal Singh, secretary of Defence Services Welfare, Punjab, the organisation has sent a demand to the Personnel Department to amend the policy. Now they are waiting to see what happens.

Brigadier Satinder Singh (retd), director of the Defence Services Welfare, Punjab, says he wrote to the Punjab government for an amendment to the policy two months ago. “I strongly recommended that they add the families of Ashok Chakra, Shaurya Chakra and Kirti Chakra awardees to the policy,” he tells The Wire. “There was an amendment to the policy in 2017, but these families were still left out. I am hopeful that the government will address this issue soon.”