Pakistan Army Continues Heavy Shelling Along the LoC in Poonch

The Pakistani army violated ceasefire for the fourth consecutive day in Poonch and Rajouri districts on Monday, with three persons killed and 24 others injured. 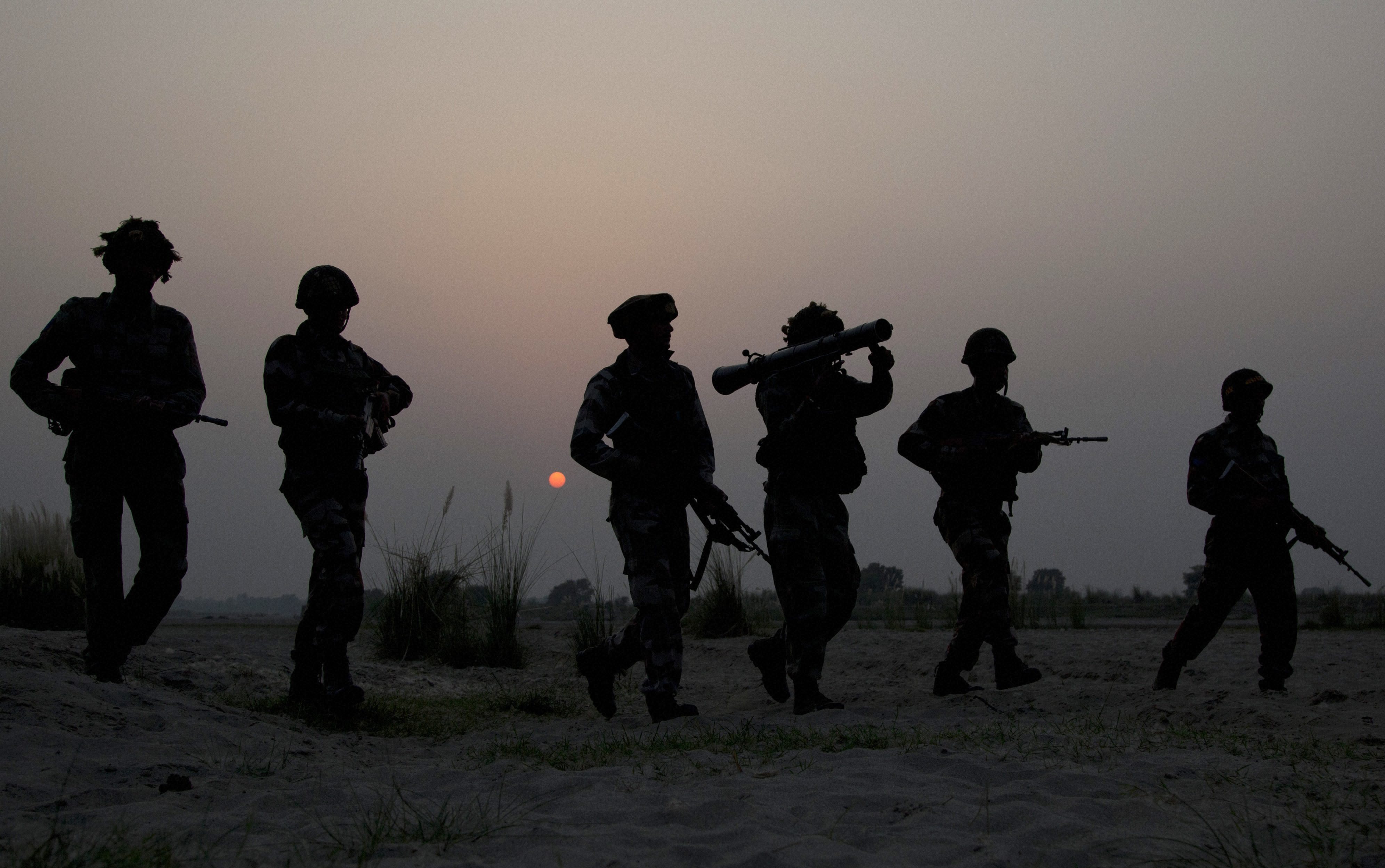 Army soldiers patrol near the highly militarised Line of Control dividing Kashmir between India and Pakistan, in Pallanwal sector, about 75 kilometres from Jammu on Tuesday. Credit: PTI

Jammu: A BSF inspector and a five-year-old girl were among the three persons killed while 24 others were injured Monday as Pakistani troops persisted with heavy shelling of forward areas along the Line of Control (LoC) in Poonch district, prompting the Indian army to retaliate “befittingly”, said officials.

Some cattle too were injured while six village houses bore the brunt of shelling and suffered severe damages, they added.

“The Indian army is retaliating befittingly,” a defence spokesperson said.

Pakistan army resorted to heavy mortar shelling in civilian areas along the LoC in Balonie belt of Poonch tonight, killing a woman, Sajada Bi, and injuring five others, they said.

Earlier, five personnel of BSF’s 168 battalion, including inspector T. Alex Lalminlun, were injured as shells landed at a forward post in Poonch sector on Monday as Pakistan continued to violate the ceasefire for the fourth consecutive day in Poonch and Rajouri districts.

The BSF inspector later succumbed to his injuries while the injured BSF personnel were hospitalised, the officials said.

The injured soldiers are out of danger, they added.

Also Read: What Will Be the Strategic Ripple Effects of Balakot

Sobia, five, was killed and two persons were injured when a shell exploded near their house in a village in Shahpur sub-sector along the LoC late Monday afternoon, they said.

Elsewhere, 12 civilians, including two women, were injured in the shelling by Pakistan, they said, adding that an army jawan too suffered injuries in Krishnagati sector.

All the injured persons have been hospitalised, they added.

Pakistan has been using heavy weaponry and 120 mm mortar bombs to target civilian areas along the LoC in Poonch, triggering panic among villagers, they said.

The firing and shelling by the Pakistan army is still going on intensely in Krishnagati, Kerni, Mankote, Gulpur, Degwar Shahpur and Poonch sub-sectors when the reports last came in from the area, he added.

A defence spokesperson said Pakistan Monday violated the ceasefire 7:40 am onward with mortar shelling and small arm firings along the LoC in Shahpur, Mankote, Krishnagati and Kerni sectors of Poonch district.

Amid the ongoing shelling by Pakistan, the people have been advised to stay indoors, the officials said, adding schools too in the shelling-hit areas have been closed down.

A total of ten persons, including four soldiers have been killed and nearly 45 others injured in Rajouri and Poonch districts since India’s air strike on a Jaish-e-Mohammed terror camp in Pakistan’s Balakot on February 26 in response to the February 14 Pulwama terror strike which had left 40 CRPF personnel dead.