After identifying the vehicle, the NIA raided 17-year-old Sajjad Bhat's house, but found was not present there. 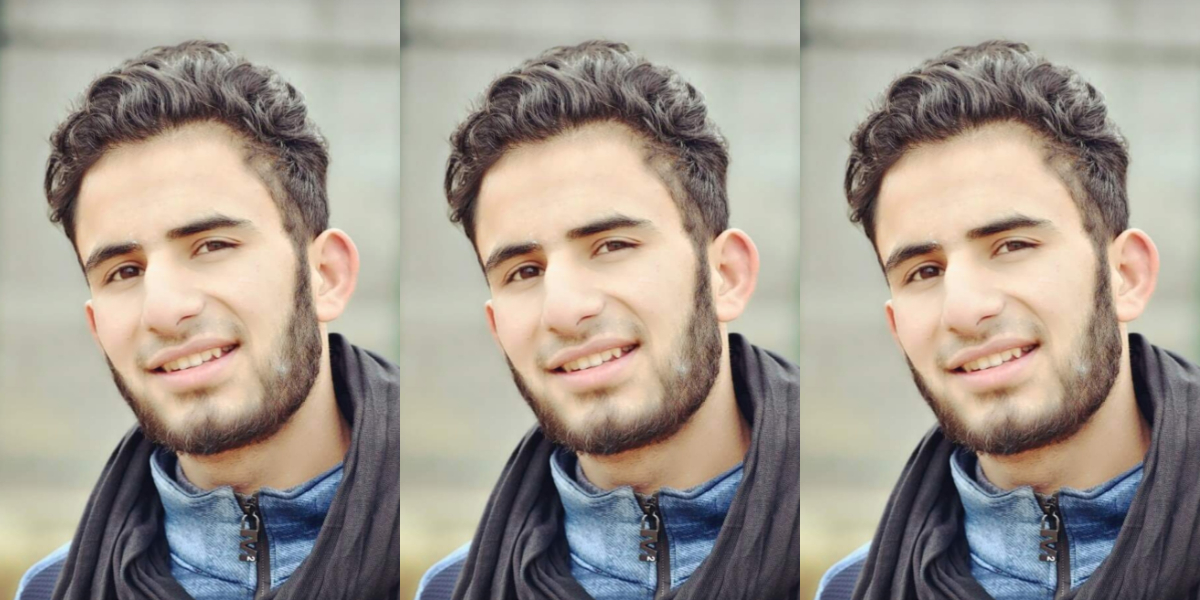 17-year-old Sajjad Bhat owned the car that was used in the suicide attack in Pulwama. Credit: Social media

Pulwama: In a significant breakthrough in the ongoing investigation of the Pulwama attack, the National Investigation Agency (NIA) has identified the owner of the vehicle used in the attack.

From the next day, the NIA along with Jammu and Kashmir police started investigating the incident.

With the support from the forensic and automobile experts, the NIA said it has pieced together remnants of the vehicle used by the suicide bomber and have been able to identify the vehicle used.

The vehicle used in the attack was a Maruti Eeco and the owner is Sajjad Bhat, a resident of Bijbehara town of South Kashmir’s Anantnag district.

The vehicle’s chassis number was MA3ERLF1SOO183735 and engine number was G12BN164140. The NIA said it was sold to Md Jaleel Ahmed Haqani a resident of Heaven colony, Anantnag in the year 2011. It subsequently exchanged hands seven times and finally reached Sajjad Bhat, son of Md Maqbool Bhat, who acquired the vehicle on February 2, 2019.

Before police could arrest Sajjad, he went missing from his home, leaving his family in shock.

Also Read: Has Kashmir’s Militancy Entered its Most Lethal Phase Yet?

On the evening of February 22, the 17-year-old Sajjad left his home after offering Asr prayers (late afternoon prayers). When he didn’t return even late at night, his family called him multiple times. His phone was switched off. The family says Sajjad did not reveal anything to them before he left.

“We searched everywhere. We informed every relative and neighbour, but didn’t find him,” said Tariq Ahmad Bhat, Sajjad’s uncle. “We were not aware that a major shock is awaiting us.”

The next day, Tariq said, police raided their house and picked up Maqbool for questioning.

“We were utterly appalled when the police informed us that the car used in the terror attack belonged to Sajjad. We have never seen a Maruti Eeco. Our father can’t afford to buy a car,” said Muzammil Ahmad Bhat, Sajjad’s younger brother. “We don’t know where and how he bought it.”

“We had a Santro car and due to financial problems, our father sold it in 2013. He wanted to give us better education,” Muzammil added. On February 25, a picture of Sajjad brandishing an AK-47 rifle went viral on social media. Sajjad had joined the JeM, the militant group that took responsibility for the Pulwama attack.

According to reports, Sajjad has been given the code name ‘Afzal Guru’ and has joined a fidayeen squad.

“It was the second shock for us. Sajjad never showed an inclination towards militancy. He was devout and always remained busy with his education,” said Tariq.

“Around five months ago,” Tariq said, “Sajjad had some argument with soldiers on the road. They took him to a camp and beat him.”

Before releasing Sajjad the next day, Tariq said, the army advised them to provide better education to him.

When the police confirmed Sajjad had joined the JeM, his father Maqbool was released.

Sajjad was studying in Class XII at Marhama higher secondary school. According to those close to him, he has memorised the Quran. Besides study, Sajjad was teaching the Quran to local kids in his area and sometimes leading prayers in the mosque.

On the day of the Pulwama attack, Tariq said, Sajjad was at home. “He was behaving normally even after the attack. He did not appear frightened and didn’t say anything to us,” said Tariq. 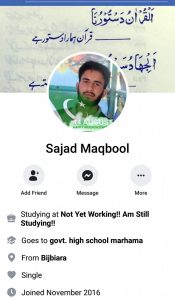 Sajjad, according to his family, was a student of Siraj-ul-Uloom in Shopian till Class VII. He later joined Madrassa Taleem-Ul-Islam and studied till Class X. Sajjad passed his Class XI examination recently.

Forty-seven-year-old Maqbool is a government employee in the Public Health Engineering (PHE) department.

When the picture of Sajjad holding a gun went viral on social media, his mother Gulshana Akhtar became unconscious and has not stopped crying.

In a statement, the NIA confirmed that Sajjad’s house was raided with the help of J&K police on February 23. “However, Sajjad was found not present in his house and after that has been evading arrest since then,” NIA said. “He has reportedly now joined JeM. A photograph to this effect has also appeared in social media where Sajjad is seen holding weapons.”