Modi May Say Otherwise, But India Is Still Short of ‘Survivable Nuclear Deterrent’

On the tenth anniversary of 26/11, India does not appear any safer. 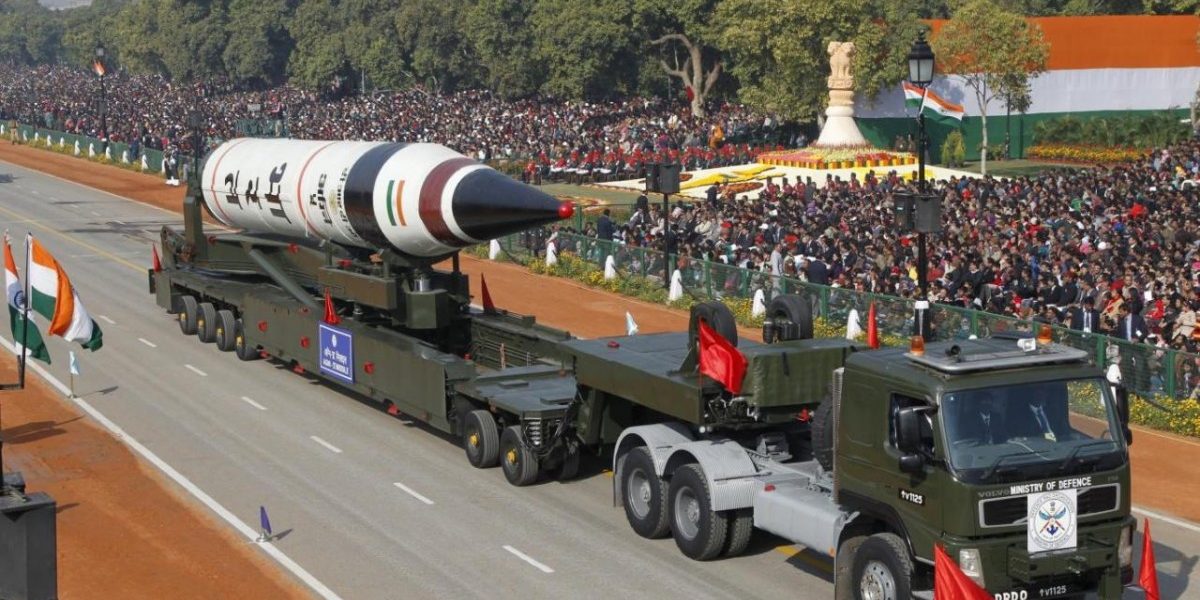 The celebration of a rudimentary triad must not elide the cold war logic of a triad. Credit: Reuters

The anonymous author of a 50-year-old monograph, A Strategy for India for a Credible Posture Against a Nuclear Adversary, published by the Ministry of Defence-affiliated think tank Institute of Defence Studies and Analysis (IDSA), has been done proud. India has finally notched up the goal set out in the monograph: the nuclear triad.

In keeping with the precedent of appropriating credit for military developments on its watch, the Modi government this Deepawali tom-tomed the return from its first deterrence patrol of India’s Ship Submersible Ballistic Nuclear (SSBN), INS Arihant.

A former admiral confirms INS Arihant carried nuclear-tipped missiles in its launch tubes on its patrol. While a triad – narrowly defined in terms of the ability of launching nuclear attacks from land, air and sea – can be conceded, it is a work-in-progress and not quite complete yet. However, it was advertised in one prime ministerial tweet as: “completing the establishment of the country’s survivable nuclear triad.”

Commentators have pointed out that a mere first patrol is not quite an operational and effective triad. Subsurface launch tests of the nuclear ballistic missiles from the nuclear submarine were only conducted this August, and only twice at that. The INS Arihant itself was in the news earlier for the wrong reasons – beached by water entering it from a hatch left open inadvertently.

Significantly – like a single sparrow does not a summer make – a single SSBN is insufficient as an invulnerable deterrent, termed in the prime minister’s words as “survivable nuclear deterrent”. For such capability, a minimum of three boomers would be required. This explains India’s under-construction INS Arighat that is to be followed by two more boats. Prime Minister Narendra Modi’s hasty claim of an invulnerable deterrent is thus yet another jumla, with elections on the horizon.

The celebration of a rudimentary triad must not elide the cold war logic of a triad. The monograph mentioned was likely the work of the bureaucrat K. Subrahmanyam, then recently appointed IDSA director on return from a sabbatical in the United Kingdom, at the height of the Cold War nuclear-theological evolution. Subrahmanyam later led the first National Security Advisory Board which, two decades back, topped its nuclear wish list – its Draft Nuclear Doctrine – with the triad.

In a telling slip of tongue, the prime minister had it that “the success of INS Arihant enhances India’s security needs”. The triad has indeed exacerbated insecurity, not only by the inevitable response of the nuclear adversary (read Pakistan), but on account of making India more venturesome in its appraisal of nuclear weapons as weapons of coercion, enabling a bit of blackmail of our very own.

In his felicitation of the INS Arihant crew, Modi said, “The success of INS Arihant gives a fitting response to those who indulge in nuclear blackmail.” He was presumably referring to Pakistan’s continuing proxy terrorism in Kashmir, even as it warded off India’s conventional threat by projecting early use in a low-threshold mode of its tactical nuclear weapons (TNW).

To Modi, India’s triad defuses any credibility of the Pakistani nuclear first use threat.

The logic goes somewhat like this: Pakistani terror provocation elicits an Indian conventional attack of the ‘cold start’ kind, at a higher order than ‘surgical strikes’. Should Pakistan resort to nuclear first use, it would be met with ‘massive’ punitive nuclear retaliation from India as promised in India’s official nuclear doctrine dating back to 2003.

Such Indian nuclear retaliation has been called ‘incredible‘, since Pakistan has the wherewithal to strike back hard. Modi seems to suggest that the nuclear triad enables India to ride out Pakistan’s counter. With this logic, the ability to deliver the last salvo deters Pakistani counter retaliation, thereby enhancing the credibility of India’s doctrinal position of ‘massive’ punitive retaliation.

In turn, this emboldens India to use its conventional advantage, so far seemingly checkmated by Pakistani TNW. Since it makes India’s conventional edge more usable, Pakistan can be coerced by nuclear-backed conventional muscle flexing to end proxy adventurism in Kashmir.

Lest this logic carry the day, attendant dangers need highlighting.

In the middle term, till India has an invulnerable nuclear deterrent in place, it needs reminding that it remains short of ‘survivable nuclear deterrent’ as claimed. Pakistan had, while testing its ballistic missile Shaheen III, advisedly advertised its reach as 2,750 km, rationalising that the range was prompted by the necessity to take out India’s second strike capability – long range ballistic missiles and boomers – even if based in the far away Andaman and Nicobar Islands. 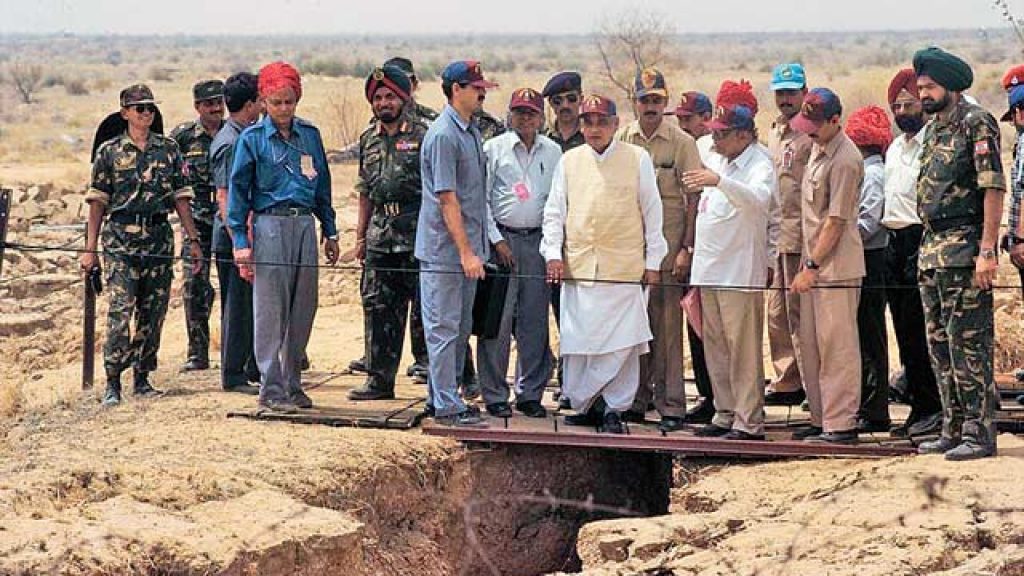 On the acquisition of the invulnerable deterrent down the road, and with a militaristic right-wing government continuing into the next decade, India can exercise conventional blackmail to bail itself out of the cul-de-sac in Kashmir brought on by the unnecessary hardline there.

With surgical strikes already under its belt and the ongoing up-gunning of its integrated battle groups to a two-star command, Indian confidence in deflating Pakistani reliance on its TNW may overshadow its hitherto strategic restraint and natural caution that nuclear weapons engender.

An escalatory impulse is extant, evident in writings of former commanders of India’s strategic forces. Writing in the August issue of Synergy, a joint military publication, a recently retired general says, “It must be clearly understood that if forced to launch conventional operations, plans will not be governed by Pakistanis nuclear weapons, be it tactical or strategic.”

A predecessor similarly wrote, “Any adversary who does not believe, or casts aspersions on, India’s resolve on massive retaliation by initiating a nuclear strike against India, does so at its own peril, and seeks self-destruction.”

Yet another three-star commander has it that, “Pakistan has developed adequate nuclear weapons to inflict a reasonable amount of damage on India, but the counter capability with India is sufficient to cause damage on an unprecedented scale… .”

Also read: How I Got Over That Dark Geographic Shadow Called Pakistan

Deterrence reassurance does not necessarily translate into security. When a former army commander warns that India’s war planning almost completely ignores the nuclear overhang, overplaying the triad is prelude to a deterrence delusion. The assumption engendered by a triad – that India shall get in the last nuclear blow – generates overconfidence, making India liable to take nuclear risks.

Further, what nuclear theology misses is the effect of cultural nationalism on strategic thinking and of authoritarianism on nuclear decision-making.

While Shivshankar Menon – no hawk himself – once mused on a possible nuclear first use on India’s part, writing that “Pakistani tactical nuclear weapon use would effectively free India to undertake a comprehensive first strike against Pakistan,” Menon’s successor as national security adviser, Ajit Doval, a hardliner on Pakistan, can be expected to take cue.

Doval’s boss, Narendra Modi, who was most critical of India’s restraint after Mumbai 26/11, may find himself walking into a commitment trap of his own making. Shivshankar Menon rightly warns that “if India is forced to make a similar choice in the future, I am sure it will respond differently.”

On the tenth anniversary of 26/11, India does not appear any safer. This makes for plausibility of wargame scenarios that have South Asia as locale. A triad does little to make such scenario-building less plausible.