Behind a Mysterious Budget Increase, the National Security Need for 'Make-In-India' Chips

The National Security Council Secretariat, headed by top spy Ajit Doval, may have received a staggering 311% increase in funds this year to tackle issues at the intersection of cybersecurity and nuclear weapon delivery systems. 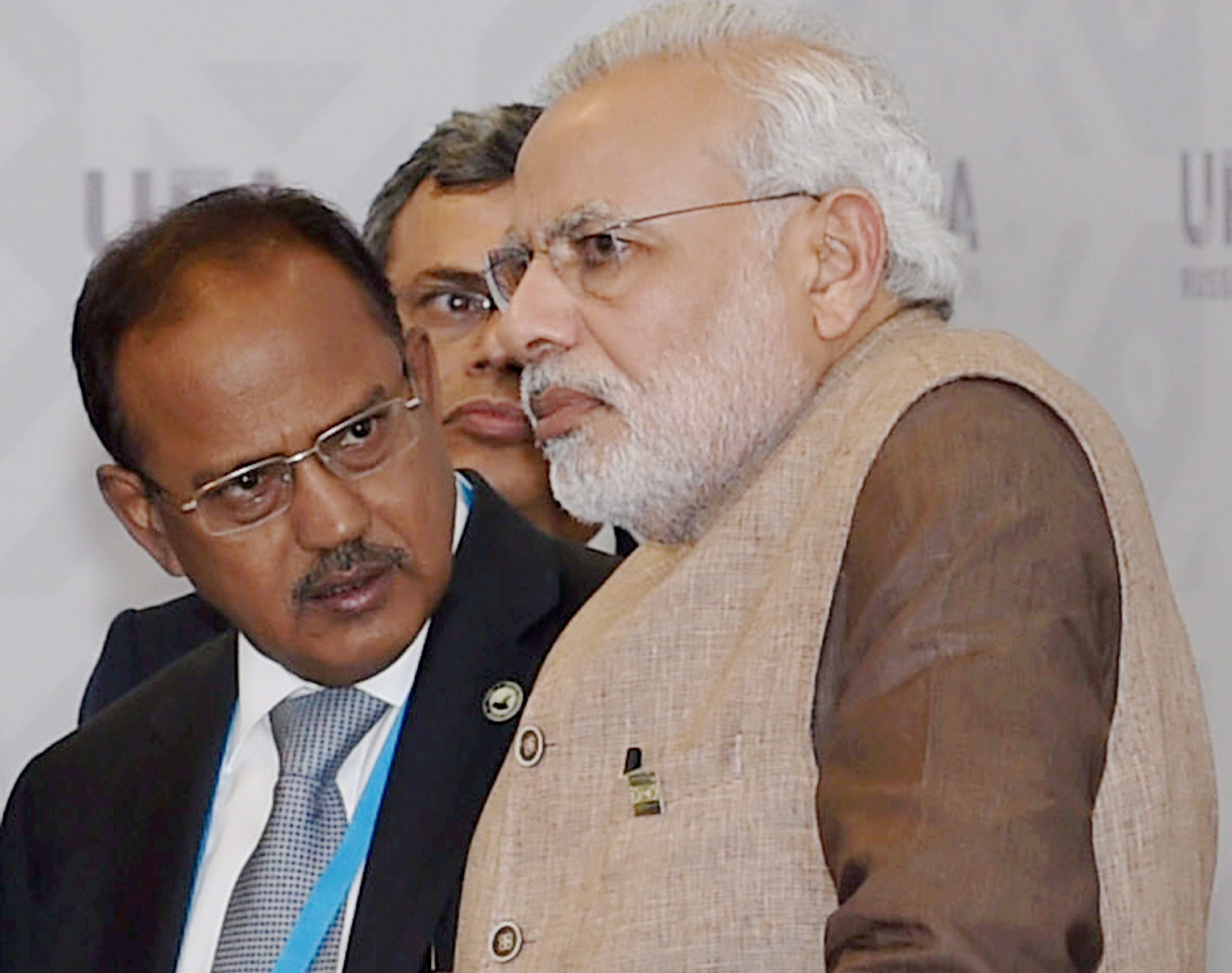 This year’s Union budget appeared to be a mostly humdrum affair when it came to India’s defence interests. Although the total sum allocated towards our defence sector was a hefty Rs 2.7 lakh crore, it was only a modest increase of 5.6% when compared to last year.

A certain parsimony has been a rule of thumb with regard to budgets relating to defence, so why this generosity? Behind this lies a complicated story.

The NSCS officially services the National Security Council (NSC) whose members are the prime minister and the home, defence and finance ministers. While the composition is essentially similar to the Cabinet Committee on Security, the NSC is advised by the National Security Adviser (Ajit Doval) and in that sense, he is the head of the NSCS.

The NSC comprises of the National Security Advisory Board (NSAB), which is an advisory board of non-government or retired specialists, and a strategic policy group (SPG) comprising secretaries of key departments, the heads of the three services and the intelligence chiefs.

As of now it is not clear just how frequently the NSC or the SPG meet. NSA Ajit Doval did without an NSAB for nearly two years but has now established a compact body under the chairmanship of retired diplomat P S Raghavan.

Another component of the system is the Joint Intelligence Committee which pre-dates the NSC system and is autonomous, though embedded in the NSCS.

Neither the NSC, JIC, nor the NSAB requires the kind of money that has been appropriated. Neither did the NSCS need it in the past when it was mainly a think-tank for the NSA and a mechanism to coordinate intelligence tasking.

It may be recalled that one of the more important tasks of the NSA is being the chairman of the executive council of the Nuclear Command Authority (NCA). Since 2012, the government has created a Strategic Programme Staff to assist him in this task which is essentially to ensure that if the political council of the NCA orders the use of nuclear weapons, they are ready for use.

One major weakness of the Indian deterrent has been the fact that India uncomfortably depends on imported integrated circuits (ICs) for its command and control systems, even though domestic chips have been used in missiles and satellites. In an era where there is considerable worry that foreign origin chips may contain “kill switches” or other means of cyber intrusion, it is important for the country to ensure that its nuclear command and control system is fool-proof on this front.

The money appropriated is likely to help with the R&D relating to the ICs and their fabrication.

India has considerable expertise in chip design but does not have the capability to manufacture them. In 2012, India unveiled a new semiconductor policy aimed at encouraging the setting up of fabrication units within  the country. Two consortiums were identified by the government – one led by Hindustan Semiconductor Manufacturing Corporation (HSMC) and the other by Jaiprakash Associates. HSMC has since tied up with ST Microelectronics, Silterra and AMD to set up a $3.5 billion facility in Gujarat while Jaiprakash has dropped out, leaving its partners IBM and TowerJazz  looking for investors. A third plant is expected to come up in MP through Cricket Semiconductors of US.

So far, India has been making do with chips fabricated by the Bharat Electronics, Gallium Arsenide Enabling Technology Centre in Hyderabad and the the Semiconductor Complex Ltd (SCL) in Mohali for its space programme and defence. The GAETEC is a DRDO lab which provides GaAs chips for highly specialised communications applications.

The SCL was set up in 1983 at a cost of $70 million with technology from American Microsystems Inc and Rockwell International and Hitachi. However, the company was wound down to a semiconductor laboratory  although it continues to provide chips for the strategic sector. One weakness of the outfit is that it focuses more on R&D to enhance technology that it acquires from abroad. Manufacture is a weak area because the demand of SCL products is not sufficient to justify the financial investments for upgrading its foundries.

However, SCL and GAETEC are boutique solutions. For a robust defence set-up, India ideally needs to have critical systems that are entirely designed and fabricated in India especially with regard to our military and space-related equipment.