'Not Even Cows Were Spared,' Laments Owner of Home Destroyed in Srinagar Gunfight

How the 18-hour battle unfolded in Mujgund, in which three militants were killed and several security personnel injured. 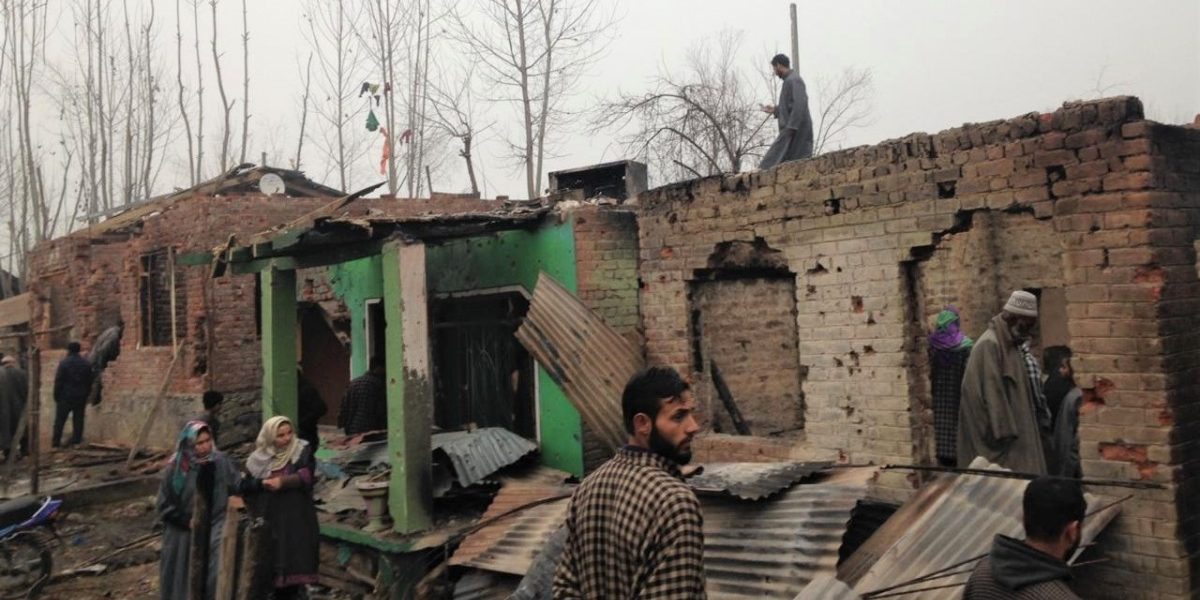 Locals inspect the remains of their homes destroyed in the gunfight. Credit: Azaan Javaid

Mujgund (Srinagar): Three militants of the Lashkar-e-Tayyabba (LeT), including two minors and a Pakistani national, were killed in the outskirts of Srinagar on Sunday, prompting massive clashes and a city-wide shutdown in the troubled region.

The 18-hour gunfight began in Mujgund area, located on the Srinagar-Bandipora highway, at around 5 pm on Saturday evening and ended on 11:30 on Sunday morning. Three militants were killed and security personnel injured in the gunfight.

Seven houses were also razed during the gunfight.

Home owners, whose residences were destroyed in the gun battle, accused security forces of using excessive and heavy ammunition during the operation. No militants were present in the Fisheries colony where the seven houses were destroyed, they further claimed. 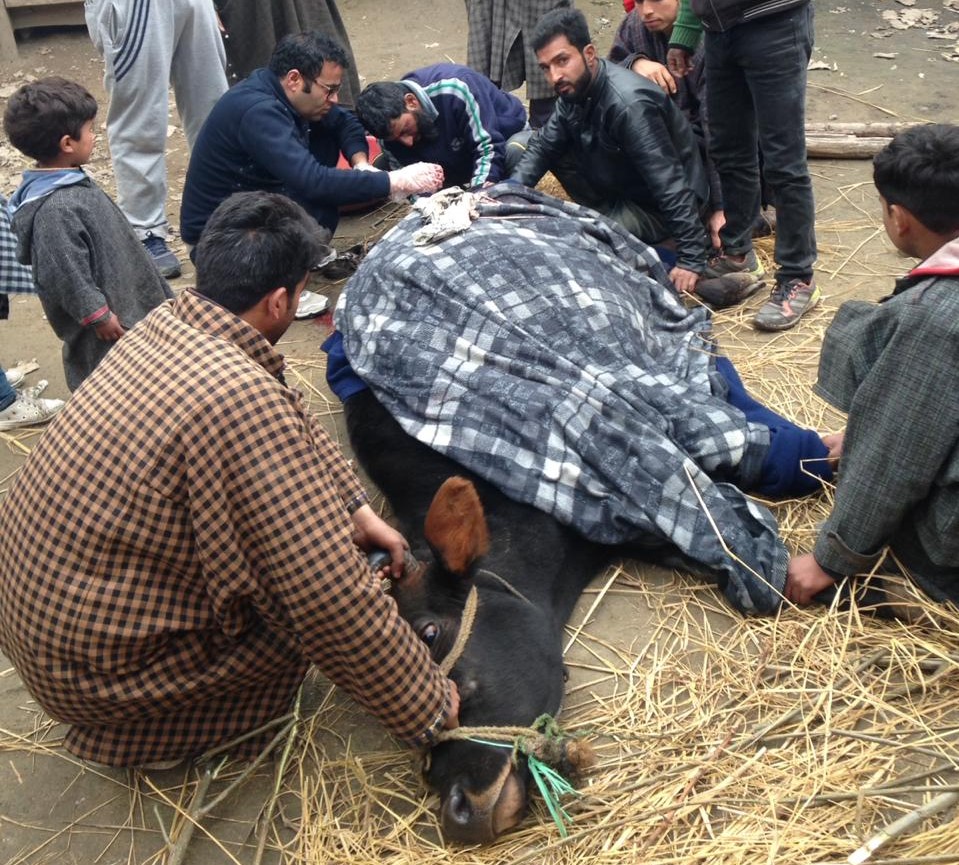 A veterinarian operates upon the cow injured in the gunfight. Credit: Azaan Javaid

“Even our cows were not spared,” said Javaid Ahmed, owner of one of the houses. Among those destroyed were the houses belonging to Javaid, his brothers and sisters.

“Security forces barged into our homes 15 minutes before the encounter began and told us to leave the house. After checking the house, they left only to return a few minutes later. This time, they forcefully removed us and all of our family members ran in different directions. We all assembled at out uncle’s residence and stayed the night there. This morning, when we returned home, everything we owned was gone,” said Ahmed.

“They shot at the cow twice, and we don’t think it will survive,” Ahmad lamented as a veterinarian operated upon the cow in the backyard of his neighbour.

Ghulam Mohammad Lami stood in the midst of the debris of what he used to call home. Lami’s version of the events that led to the destruction of house corroborates with that of Ahmed. “We didn’t see any militants. Once the cordon was laid, we ran from our homes only to return to this destruction. My savings, gold, copperware, everything turned into ashes. I don’t know what to do,” said Lami. Mudasir Parray, the 14-year-old militant killed during the gunfight.

Lami’s neighbours, meanwhile have begun collecting money from onlookers and passersby to help the family, a routine practice after encounters takes place in the Valley.

According to a senior police officer, the two Kashmiri militants were killed in the first few hours of the gunfight but the Pakistani militant named continued to engage the forces till Sunday morning.

“We’d received a tip-off about their presence in Srinagar a couple of days ago. Once they were cordoned, the militants split up and ran in three different directions. The two locals were killed, but the Pakistani militant evaded us for the night. He kept on moving from one house to another and that is why the forces had to use mortar shells to counter him. He was finally killed in the morning,” the officer said.

Locals of the area, however, accused the forces of “targeting” the houses.

The forces used rockets, LMG and mortar shells during the encounter, which resulted in loud bangs through the night. Security officers said that throughout the encounter, and especially after the loud bangs made by the ammunition, youth of the area gathered around the encounter site and started to hurl stones. The stone-pelting continued through Sunday noon.