From the Military to the Police and Bureaucracy, Officers’ Spouses Pull Rank Too

In the army, commanding officers’ wives operate within a fixed spousal hierarchy and unchallenged chain of command over younger women that mirror the positions their spouses occupy. 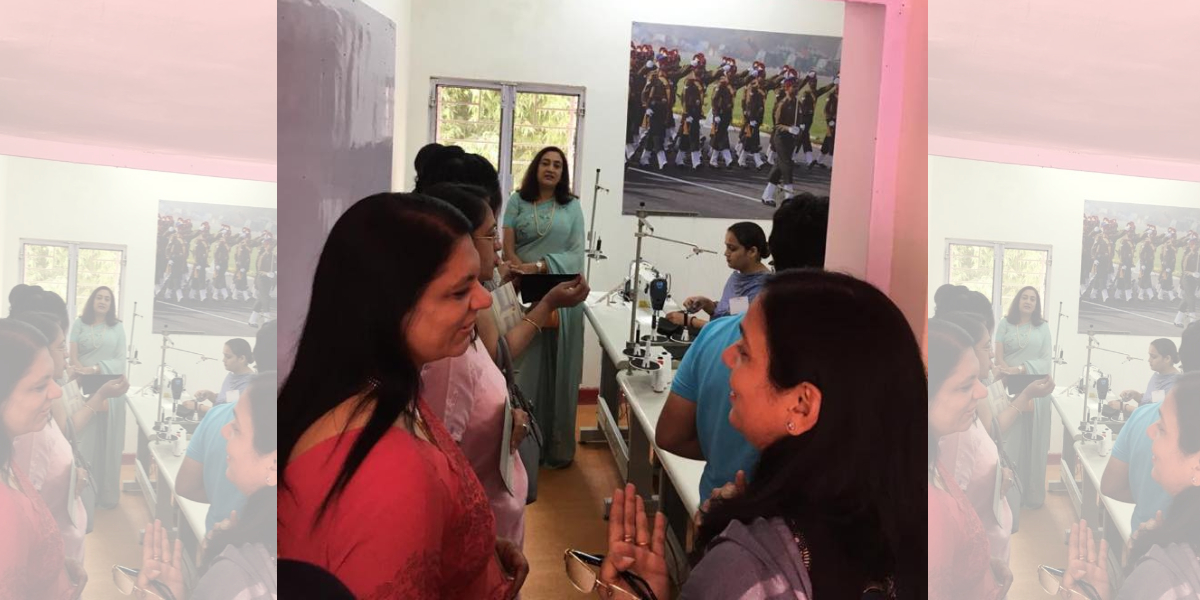 Chandigarh: There is an axiom in Indian official circles that the spouses of military officers, police officers and bureaucrats, especially at senior levels, behave as if they are a rank or post higher than the officers they are married to.

Anyone familiar with life in cantonments, mofussil areas, medium and small towns, or all three across the country, will definitely endorse the reality that official spouses have, over decades, emerged as a formidable force in their respective environments, their overbearing aura largely a reflection of the exalted position they are married to.

The bemused wife of a senior retired civil servant recently related an incident, which in its bizarreness revealed the widespread penchant of official spouses nonchalantly flaunting their unofficial power. The occasion concerned the wives of senior Indian Police Service (IPS) officers in a northern state – which shall remain unnamed, but one known for its flamboyance and proclivity for braggadocio – who brazenly introduced themselves at a social event not by their own names but by their husbands’ ranks.

In effect, the guest list ludicrously featured Mrs Director General, Mrs Additional Director General and Mrs Inspector General, amongst a host of other spouses of equivalent or lesser rank. Astonishingly, the individual names of the married-to-senior-policemen ladies, however, remained unknown throughout the interaction to the bewildered raconteur, as she marvelled at the smugness with which they brandished their reflected glory.

But heading the formidable official spouses list, without doubt are military wives, somewhat impudently christened C.O.W.s or Commanding Officers’ Wives within the armed forces in India and abroad. Along with ‘milspouse’, the acronym has been embraced by military wives in the US despite the sexism it lends itself to. Because of the growing presence of women officers in the US military, 15% of military spouses there are men. “One of my favourite (if antiquated) synonyms for a spouse was the C.O.W.”, writes one US army wife. “If an active duty spouse was in command, his wife was called a “C.O.W.” – Commanding Officer’s Wife. The fun side of this was that there could be cow parties with accessories. Cowbells were given as presents. While it is a tongue-in-cheek term, it obviously does not apply to all spouses. Enlisted spouses and men are omitted from this.”

In cantonments around India, however,  there is no ‘fun side’ to the holy hierarchy. C.O.W.s lord it over ‘junior’ wives in their numerous activities, that include welfare for jawans’ spouses, in addition to organising party games, cooking lessons, picnics and varied outings, amongst other such activity. In 2017, there was even an ugly incident of a ‘senior’ wife slapping a ‘junior’ wife during a public event in Bathinda. An anecdote narrated by an army wife, Doe Nair, in her book, I Married the Army, is typical of the culture, as Priya Ramani describes in a column:

“Doe Nair’s first ladies club parade was a disaster. She only realized why her fellow army wives were greeting her unenthusiastically and whispering about her when the COW arrived. The commanding officer’s wife walked down the line in her gold necklace and scarlet chiffon sari, inspecting the ladies. ‘She then came to me and turned the colour of her sari… A cotton,’ she shrieked…. “No, no, only chiffons. Don’t you know the commander’s wife (one step higher in the hierarchy) has ordered only chiffons are to be worn”.’ When Nair later bumped into that senior wife at that event, she laughingly denied instituting any such rule. Later, Nair’s husband was hauled up for his wife’s misdemeanours. Ensure your spouse is docile, pleasing, and not argumentative, he was informed.”

In the military, C.O.W.s – wives of colonel-rank officers and above – operate within a fixed spousal hierarchy and unchallenged chain of command that mirror the positions their spouses occupy. This informal, but well-entrenched power symbiosis not only gives them their elevated status, but in keeping with accepted norms, decrees that neither insubordination nor irreverence from ‘junior’ wives will be countenanced. The latter, for their part, fearful of ostracism are programmed to obey, presumably secure in the certainty that one day they too will be C.O.W.s.

Many C.O.W.s also busy themselves arranging Canasta and Mah-Jong foursomes with the wives of juniors, with the unspoken understanding that irrespective of the cards or the roll of dice in the Chinese tile-based game, they must emerge victorious. This predetermined outcome, even in games of chance, merely parallels the fait accompli their husbands routinely enforce upon their juniors in golf, squash, tennis or other competitive sport that winning isn’t everything, it’s the only thing.

The pecking order at numerous military social events too is pre-set, with commanding officers’ wives dominating the ladies-only section, setting the overall tone in conversation and deportment. It is amusing to observe how junior officers wives ardently take their cue from the ‘seniors’, one army officer said, fully conscious that any infringement of C.O.W. protocol could, in time, adversely impact their husbands’ promotion prospects.

Army spouses also run the high-profile Army Wives Welfare Association or AWWA. Founded in 1966 and headed by the serving chief’s wife, AWWA is tasked with furthering the welfare of army personnel spouses, children and dependents. Its official website grandiosely states that AWWA is ‘the invisible hand that shapes the punch of the Indian Army’.

But some senior officers have serious reservations about the kind of punch the AWWA wields.

According to retired Major General Mrinal Suman, the AWWA is considered by most in the Army as an ‘avoidable encumbrance’. Writing on ‘Managing stress in the Indian Army’ in the Indian Defence Review in August 2014, Major General Suman states that though well-intentioned, AWWA has “degenerated into a parallel command structure with immense nuisance value”.

Every single unit commander, he heroically states, wants to be freed from AWWA activities. The two-star officer goes on to say that there have been instances where unit commanders have preferred (serving on) the Siachen Glacier to peace tenures, as they dreaded AWWA irritants.

Gen Suman revealed that an infantry unit, when offered extended stay in a peace station, declined to accept it for ‘similar’ reasons. He damningly adds that “AWWA activities are considered extraneous, burdensome, taxing and stressful. Most soldiers feel that the only purpose served by AWWA is to satisfy the ego of senior ladies and give them a façade or cover to meddle in normal military functioning”. 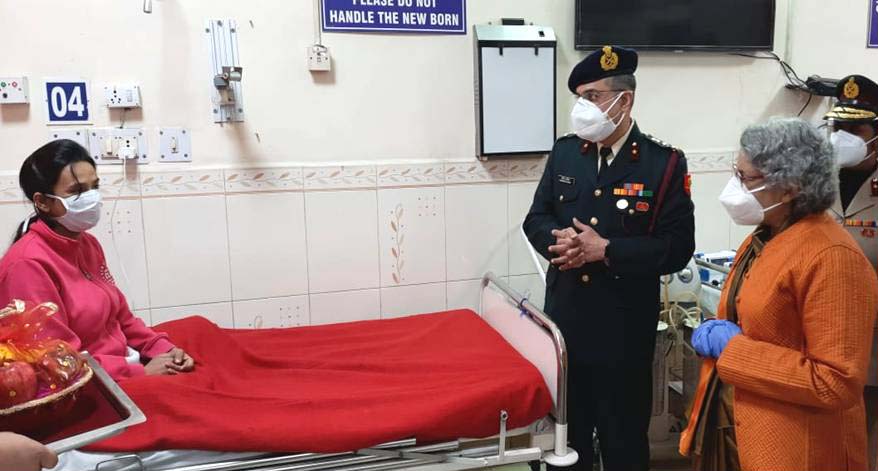 Similar associations, albeit far smaller, also exist in the Indian Navy and the Indian Air Force, but unlike the AWWA, their hierarchy is significantly less rigid and largely in consonance with the relatively laidback ethos of these two younger and smaller services. The Indian Amy came into existence under the British East India Company in the late 18th century, whilst the Navy and the Air Force were founded by the Colonial administration in 1934 and 1932 respectively.

Comparably, civil bureaucracy has fewer officers of analogous seniority at most places upcountry compared to the Amy. Consequently, their Wives’ Clubs or Associations are largely informal but hierarchically structured, with younger wives bearing the brunt of advancing these smaller assemblies. The increasing number of women IAS officers can serve as a corrective, especially if their husbands are stationed elsewhere.

However, much like the services, the spouses of junior Indian Administrative Service (IAS) and IPS officers invariably end up as ‘associates’ – officialese for subordinates – to senior officers’ spouses, who encourage adulation for the imaginary achievements and greatness of the senior officer they are married to.

In many instances, their other topics of conversation centre mostly around their unparalleled personal dress sense, culinary and social skills, consideration towards their household staff – all paid for and fed by the taxpayer – and their ‘brilliant’ children, often studying abroad courtesy some grace-and-favour scholarship managed by their spouses.

In short, spousal hierarchies and conduct in modern India’s privileged military and bureaucratic circles, it seems, have changed little from colonial times. If anything, these have become more widespread and stifling, tastelessly perpetuating the adage: If you’ve got it, flaunt it.