The Karnataka Director General of Police has tweeted that the blast was "not accidental". 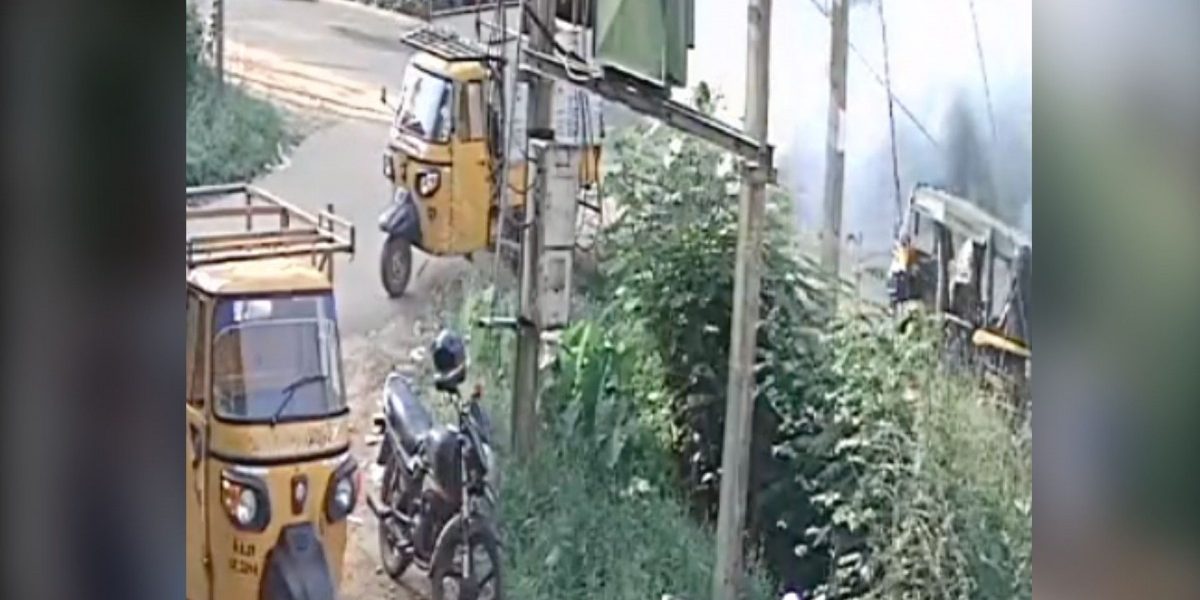 A video screengrab of CCTV footage, showing the auto-rickshaw trailing fire in Mangaluru.

New Delhi: After initially calling for calm, the Karnataka Police has claimed that a low-intensity blast in a Mangaluru auto-rickshaw was an “act of terror.”

The Karnataka Director General of Police Praveen Sood has tweeted that the blast is “not accidental”. His tweet has “act of terror” in capital letters.

“It’s confirmed now. The blast is not accidental but an ACT OF TERROR with intention to cause serious damage. Karnataka State Police is probing deep into it along with central agencies,” he wrote.

It’s confirmed now. The blast is not accidental but an ACT OF TERROR with intention to cause serious damage. Karnataka State Police is probing deep into it along with central agencies. https://t.co/lmalCyq5F3

Soon afterwards Karnataka home minister Araga Jnanendra repeated the police’s line and said that central investigation agencies will also join state police in the investigation into the incident, according to ANI news agency.

It is not yet clear which terror groups are believed to have caused the blast, or how they aimed to cause the damage and where.

CCTV videos shared on social media showed an auto-rickshaw trailing fire as it made its way down a road.

#Mangaluru Fire broke out from auto rickshaw injuring driver and passenger. Cause of the fire yet to be ascertained.
Fire broke out from passenger's bag:City police commissioner N Shashi Kumar @XpressBengaluru @ramupatil_TNIE @santwana99 @compolmlr @vinndz_TNIE pic.twitter.com/ajsTdwZZhu

The driver and passenger of the auto-rickshaw were both injured.

Mangaluru police chief N. Sasikumar was quoted by NDTV as having cautioned against “rumours” and “panic.” He also said that the driver and passenger were unconscious and therefore unable to speak.

“It is early to jump to conclusions,” he also said.

The New Indian Express has tweeted a quote attributed to Sasikumar as noting that the fire broke out from passenger’s bag.

Note: This report will be updated with additional information as news comes in.