One person has been seriously injured while two others received minor injuries, according to reports. 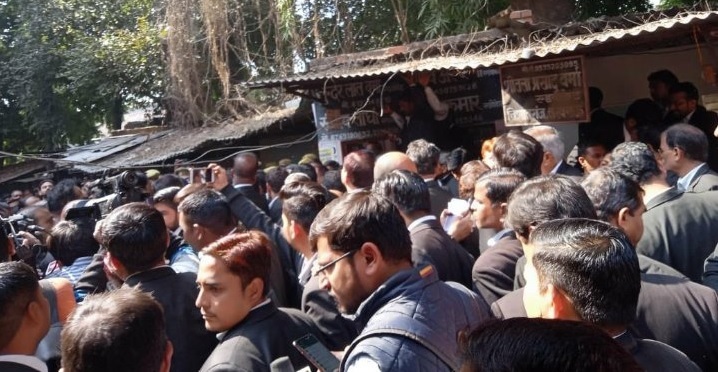 Lawyers at the court. Photo: Twitter/@MansoorAzad

New Delhi: Three people were injured in a blast in the Wazirganj civil court in Lucknow court compound on Thursday afternoon, a lawyer present at the spot said. One person has been seriously injured while two others have received minor injuries, according to reports.

Reports cited locals saying that the blast was a result of a dispute between two groups of lawyers. The blast was an attempt to “attack a lawyer present in the court”. India Today reported that the police have identified the bomber as Jeetu Yadav.

The Wazirganj police are probing the incident and have recovered 3 more live bombs from the scene.

Sanjeev Lodhi, joint secretary of the Lucknow bar association, told news agency PTI that he was the target.

Note: This is a developing story. More details are awaited.