Army: How Red Tape Delayed the Procurement of Lightweight Tanks Until After Ladakh Faceoff

A handful of desultory indigenous attempts were initiated from the 1980s to locally develop a light tank, all regrettably stillborn. 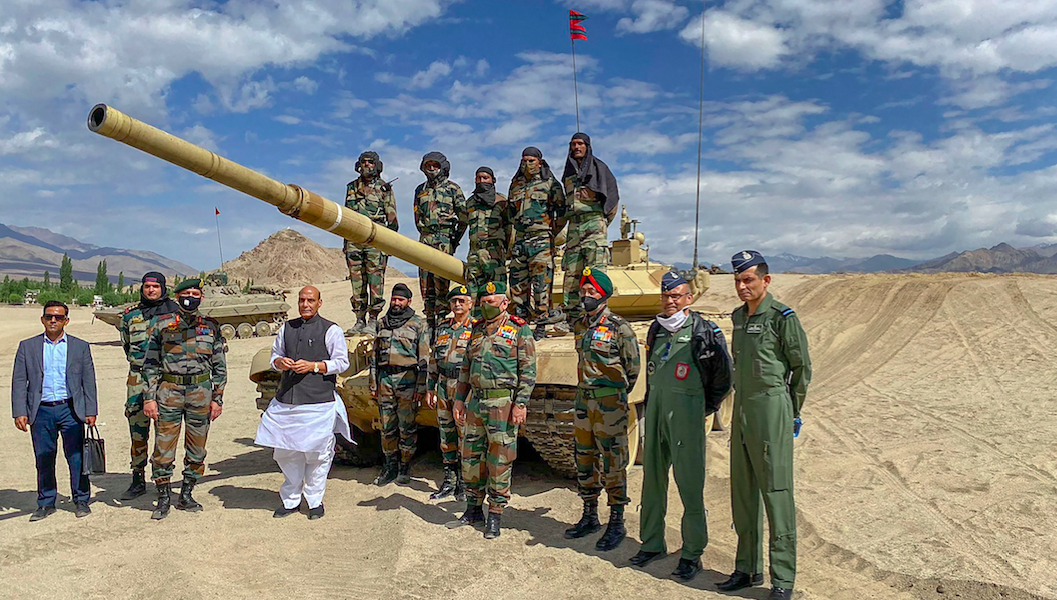 Chandigarh: The Indian army’s recently announced emergency procurement of light, air-transportable tanks to augment its firepower in Himalayan regions like Ladakh, was first mooted in 2009. This happened soon after the country’s military planners shifted their strategic focus from Pakistan to the security threat posed by China.

Consequently, the army had issued a global request for information (RFI) for 200 wheeled and 100 tracked light tanks, weighing 22 tons each, which no doubt will now be dusted and recycled in an attempt to fast-track this long-proposed acquisition.

The tank numbers, however, are expected to vary, senior armoured corps officers told The Wire.

The 2009 light tank RFI had required the modularly constructed platforms to be ‘highly manoeuvrable’ with surveillance and communication capability, to provide the tanks flexibility for multi-purpose operations.

According to the Preliminary General Staff Qualitative Requirements (PGSQRs) formulated by the army’s Mechanised Forces Directorate at the time, both the 8×8 wheeled and tracked light tanks were to be 2.8m high and 7.8m long and needed to possess a low silhouette and amphibious capability.

The PGSQR’s further stated that they were required to be fitted with a 105mm or 120mm gun, capable of firing an assortment of projectiles. High ground clearance, defensive aid suites offering protection against laser, thermal and radar guided munitions and nuclear, biological and chemical (NBC) protection completed the projected tanks’ specifications.

In 2009 the light tanks were envisaged as part of the two mountain divisions that were then under raising – and have since been commissioned for deployment along the 3,488-km-long disputed Line of Actual Control (LAC) with China in the northeast and in Ladakh.

They were also aimed at providing firepower to the proposed 90,270-strong 17 Mountain Strike Corps (MSC) to counter the People’s Liberation Army (PLA)  that has been shelved due to an enduring financial resource crunch.

A proportion of the light tanks were also being inducted as force multipliers to India’s ‘cold start’ doctrine against Pakistan of going on the offensive in a limited war scenario under the nuclear umbrella to achieve ‘bargainable’ military gains. Alongside, these platforms could also be deployed in urban and semi-urban environments and in riverine terrain and marshy ground along India’s eastern borders. 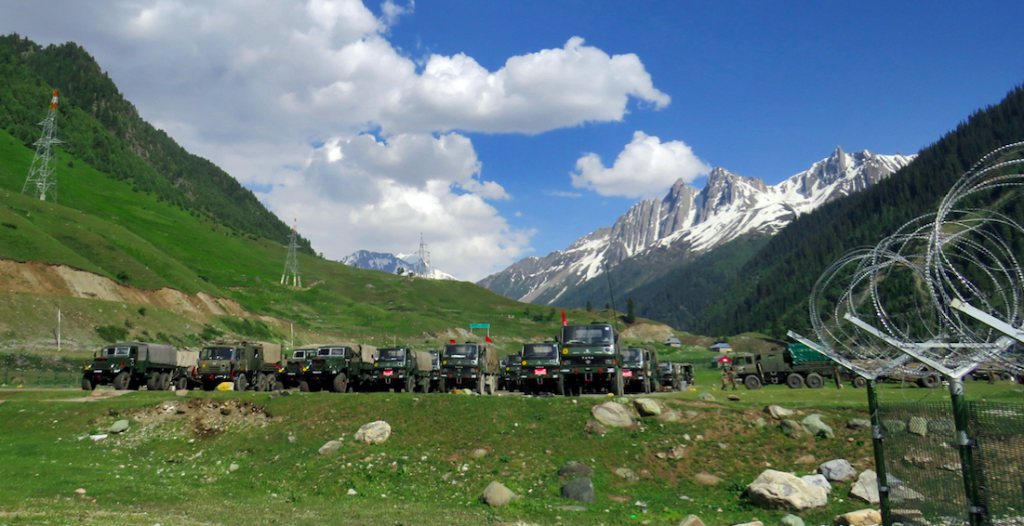 Indian army soldiers walk past their parked trucks at a makeshift transit camp before heading to Ladakh, near Baltal, southeast of Srinagar, June 16, 2020. Photo: Reuters/Stringer

Responses to the RFI were received, but thereafter no formal tender was issued as the entire proposal like many others was shelved because of the army’s indifference, disputes over indigenising the programme and, above all, competing financial claims by existing T72, T90 and Arjun main battle tank (MBT) ventures.

But a handful of desultory indigenous attempts were initiated from the 1980s to locally develop a light tank, all regrettably stillborn.

In the mid-1980s, for instance, the Defence Research and Development Organisation (DRDO) replaced the turret of the Soviet-designed BMP infantry combat vehicle (ICV) with a 105 mm gun, but the project was eventually terminated in 1994 due to indifference by the army. The latter declared the light tank to be superfluous, an assessment that would come to haunt it decades later in 2020.

Undaunted, the DRDO designed another light tank based on the same licence-built ICV chassis, by mounting it with a French GIAT TS-90 turret and a 105 mm gun. Firing and stability trials were conducted, but once again due to army indifference, the project was shelved.

It was temporarily revived in 2009 with the RFI, but this too got lost in the bureaucratic maze of army headquarters and was abandoned till the ongoing standoff with the PLA in Ladakh erupted in early May.

For, much as a testament to the Indian Army’s flawed assessments, backing the PLA formations in the face-off was the Chinese Type 15 light tank, also known as the ZTQ-15 that can be airlifted and even paradropped by China’s Y 20 military cargo aircraft.

Also read: Explainer: Why Is the Indian Army’s 61 Cavalry Regiment Being Downsized?

Designed and manufactured by China’s North Industries Group Corporation Limited or NORINCO and unveiled during the Zhuhai Air Show in 2016 (and publicly at a military parade in late 2019) the 30-33 tonne highly agile Type 15 tanks are fitted with a 105 mm rifled gun with a thermal sleeve and fume extractor that has a maximum firing range of 3,000m. The tanks also have an automatic loading system and empty shells are ejected via a small hatch located at the rear of the turret.

The tanks can carry a total of 38 rounds of assorted ammunition, that includes tungsten-alloy armour piercing fin stablished discarding sabot (APFSDS) and high explosive (HE) rounds. Additionally, they can fire a guided missile with High Explosive Anti-Tank (HEAT) warheads with a 5,000m range which can penetrate the explosive reactive armour of the Indian Army’s T72M1s and T90S that are presently deployed against the PLA offensive in Ladakh.

Powered by a 1,000hp electronically controlled diesel engine, mounted at the rear of the hull and coupled to a hydro-mechanical full automatic transmission, the Type 15 tanks are also NBC-protected and air conditioned and fitted with inertial navigation and satellite communication systems. Interestingly, Bangladesh is possibly the only country to which China has exported around 40 Type 15 tanks. It reportedly has another 150 on order from Dhaka.

Meanwhile, the Indian army’s 130-150 mostly upgraded licence-built Soviet-era T72M1 and T90S MBT are more suited to operating in the Rajasthan desert region and the Punjab plains. And though they do bring formidable fire power with their 125 mm guns that can fire varied ammunition, neither MBT has missile firing capability.

Besides, navigating their bulk in the Himalayan regions too poses problems, while their engines need to be started for 10-20 minutes every four hours in a 24-hour cycle to ensure their availability when operationally needed. A tank detail is deputed to execute this recurring chore, whose frequency increases during the winter months, when temperatures drop to around – 35°C.

“Inducting light tanks along the LAC in Ladakh will provide the army greater flexibility in the difficult terrain,” said former Major General A.P. Singh. But it will take a while to acquire these platforms and till then we have no choice but to manage with the armour we have in Ladakh, conceded the retired armoured corps officer.

Earlier, the Indian Army operated French AMX13 light tanks, and its successor, the amphibious Soviet-era PT-76s till the 1970s, that were deployed effectively against East Pakistan, later Bangladesh. During the 1962 war with China some AMX-13s were airlifted to the Chinese border aboard the Antonov An-32 transport aircraft, but were unable to halt the PLA.

Both light tank types were deployed during the 1971 operations in the eastern and western sector and performed moderately well, but were phased out soon after, giving way to heavier platforms.

Ironically, over four decades later, light tanks are poised to make a comeback once again.