Nearly two dozen civilians have been killed in Kashmir this year so far in targeted strikes by unknown gunmen. 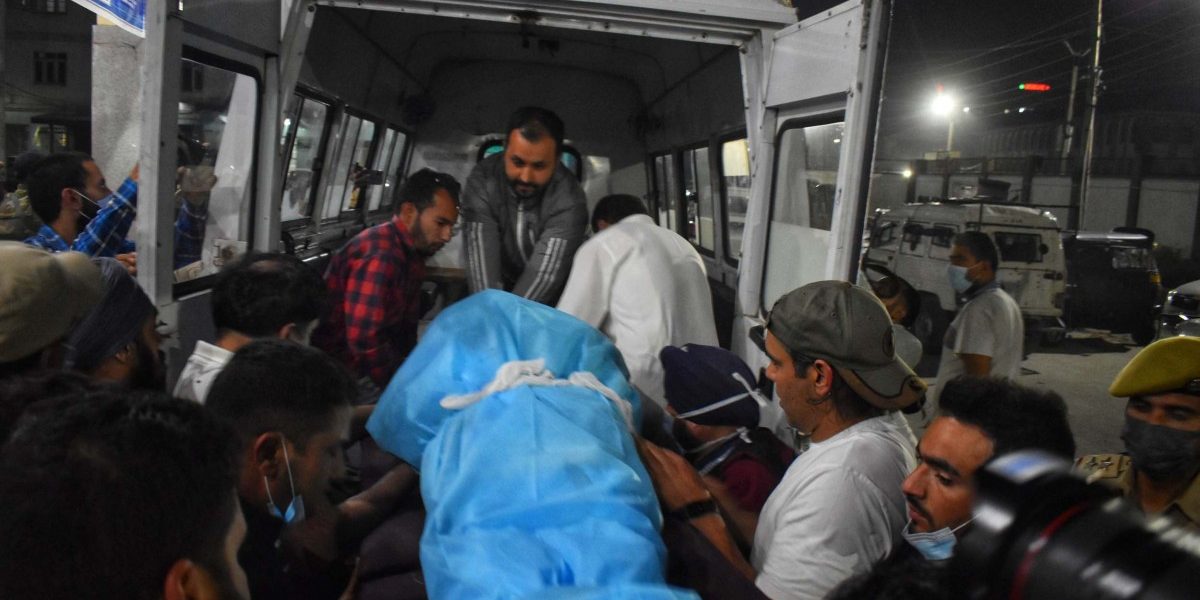 Srinagar: A top chemist, whose pharmacy in Srinagar is often the last hope for finding quality medicines that are short in supply elsewhere in the Kashmir Valley, was among three civilians killed in a wave of attacks on Tuesday evening.

The killings drew widespread condemnation, highlighting the precarious security situation in Kashmir where nearly two dozen civilians have been killed this year so far in targeted strikes by unknown gunmen, who are believed by the police to be part of the militancy.

The chemist, Makhan Lal Bindroo, a Kashmiri Pandit who was living in the Valley with his wife and son even though his community fled the region after the eruption of insurgency, was shot dead on Tuesday evening.

Police said Bindroo was shot outside his pharmacy in Srinagar’s Haft Chinar area by suspected militants. A graphic photo taken moments after the attack shows the owner of Bindroo Health Zone collapsed in a crawling position on the road, with blood from his head smearing the black tar.

A police spokesperson said in a statement that the attack took place around 7:15 pm. “Officers attending the terror crime spot learnt that the owner of Bindroo Medicate [the shop’s old name] namely Makhan Lal Bindroo was shot at by the terrorists near his shop at Iqbal Park. He received grievous gunshot injuries in this terror incident and was immediately evacuated to nearby hospital, however he succumbed to his injuries,” the statement said.

Bindroo is survived his wife, Kiran Bindroo, and son, Siddharth Bindroo, an endocrinologist. The family lives in Srinagar’s Indra Nagar locality. Siddharth had recently returned from abroad after completing his studies to serve patients in his home state.

The scene of the attack is barely a few hundred metres from Sherghari police station and is surrounded by the civil secretariat on one side, which is about half a kilometre away, and the highly garrisoned Bakshi Stadium on the other.

The Resistance Front (TRF), which draws its cadre from the Hizbul Mujahideen and Lashkar-e-Tayyabba, claimed responsibility for the attack. TRF chief Abbas Sheikh was gunned down earlier this year.

Bindroo’s killing evoked outrage across the Valley, with both Kashmiri Muslims and Kashmiri Pandits demanding that the police identify the perpetrators and punish them.

Dr G.M. Naikoo, an assistant professor at Srinagar’s Government Medical College, said Bindroo was a “household name for the availability of quality medicines” in Kashmir. He said his pharmacy ended the search among patients for the rarest of rare medicines.

“He has served Kashmir for generations. His killing is shocking and condemnable, as is the killing of other innocent civilians, be they Muslims or non-Muslims,” he said.

“Condemn the killing of Shri M L Bindroo who chose to stay back in Kashmir even during peak insurgency. Such acts of violence have no place in our society. May his family find the strength to deal with this loss,” Mehbooba said.

“He was a very kind man. I’ve been told he never left during the height of militancy and remained with his shop open. I condemn this killing in the strongest possible terms & convey my heartfelt condolences to his family. God bless his soul,” Omar tweeted.

Amitabh Mattoo, a prominent Kashmiri Pandit and academic, termed it a tragic incident. “D killing of Sh Makhan Lal Bindroo is not just tragic but almost like erasing a silver lining in a dark sky. Bindroo Chemists were a household name in Srinagar; he ran d medicate through the worst of troubles. His son, an endocrinologist, had returned to serve,” he said on Twitter.

Nidhi Razdan, a prominent television personality, said she was shocked to hear about the killing. “Absolutely shocked to hear about terrorists killing ML Bindroo, one of Srinagar’s best known chemists. He was a Kashmiri pandit who kept his shop open even in the worst of times. This is the 3rd civilian killing in four days in Srinagar.”

Imran Dar, a National Conference spokesperson, said he knew Bindroo since his childhood, “He was such a humble person. I am shocked to learn that a gentleman of his tribe was killed in such a way,” Dar said. 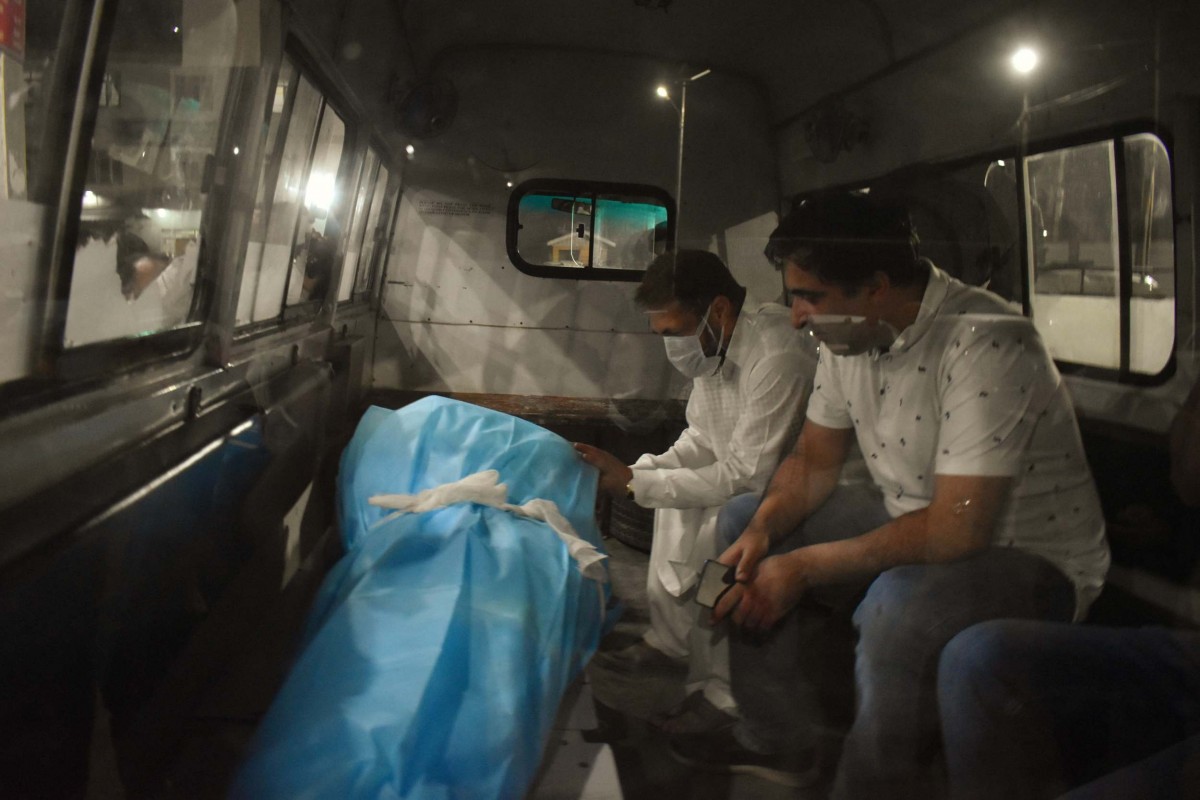 Barely 30 minutes after Bindroo was killed, unknown gunmen struck again, this time in Srinagar’s congested Lal Bazar area, where a street hawker from Bihar, who used to sell bhelpuri on a handcart, was shot dead.

Later in the evening, unknown gunmen shot and killed Mohammad Shafi Lone in north Kashmir’s Bandipora district. Lone headed a local union of passenger cab drivers. According to the police, he was attacked by militants in Shahgund area of Bandipora.

“Police have registered cases regarding these terror crime incidents. Investigation is in progress and officers continue to work to establish the full circumstances of these terror crimes. The respective areas have been cordoned and search in these areas is going on,” the police said.

While the security situation remains precarious in Kashmir, the unabated spree of shoot-and-scoot attacks involving ‘hybrid militants’ is posing a tough challenge for security forces who have achieved major successes against militancy this year.

The J&K Police have described the targeted killings as ‘hybrid warfare’, a new tactic adopted by militants who, according to the police, are training and arming their overground workers with small firearms to kill ‘soft targets’.

According to officials, these ‘soft targets’ may include an off-duty police official visiting home to spend time with his family or a civilian who is dubbed by militants as a “collaborator” of the government agencies.

“The hybrid militants don’t have any record in official books. Because of this advantage of anonymity, it becomes very difficult to identify them, even though the CCTVs captured the perpetrators involved in some of the attacks,” sources said.

About 30 targeted killings were reported in Kashmir this year, with around a dozen killings, some of them of police officials, reported from the Srinagar city alone, which has seen a revival of militancy in past year.

According to official data, 23 civilians have been shot dead by militants in targeted killings this year. While three were non-locals from other Indian states, two were Kashmiri Pandits and 18 are Muslims.