Different people in the police have either said that the pictures have been photoshopped, or that they were taken earlier. 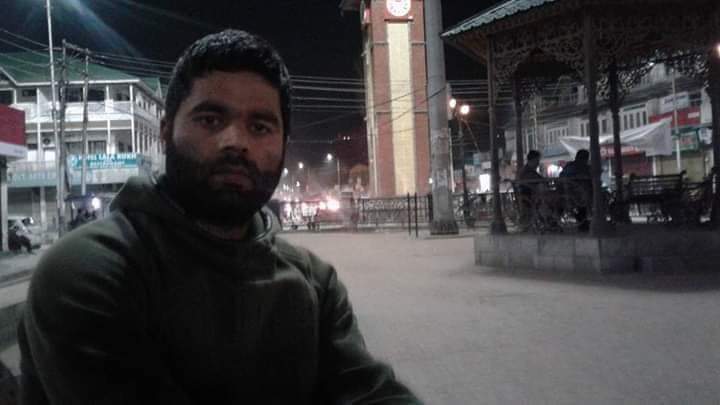 Srinagar: The Hizbul Mujahideen (HM) or its supporters have released photographs claiming to show militants walking around in the heart of Srinagar, Lal Chowk.

The photographs, whose veracity has been questioned by the police, were released by unknown individuals on social media websites on Thursday evening. They have since gone viral, prompting the police to look into the matter. The Wire has learnt that the police is expecting the release of several other photographs of militants, not only in the Lal Chowk area but also Srinagar’s Jamia Masjid, Hazratbal and Kashmir University.

A statement issued purportedly by HM had been doing rounds on social media since Saturday last. According to the statement, the militant group has challenged authorities to try stop a meeting of HM’s command council to be held in Srinagar on November 21.

A photograph of a militant, whose code name is Abu Hanzallah, posing near the clock tower has been shared widely. Another photograph, purportedly taken by Hanzallah and with two individuals sitting in the background – identified as Dr Saifullah and Adnan Bhai by the HM – is also doing the rounds.

Different people in the police have either said that the pictures have been photoshopped, or that they were taken earlier. No official statement has been released by the yet. If the police claims that the pictures are old, it could still raise concerns over militants’ capability to travel to Srinagar and walk around the summer capital’s main shopping centre.

Sources said cyber officials have been asked taken to look into the Facebook and Twitter accounts used to upload the pictures.

Additional director general of police, law and order, Munir Khan said, “Do you think it is possible for them (militants) to hold so-called ‘meetings’? Use your own judgement.” He suggested that reporters visit the spot and decide on their own. If, however, the militants release a video of the meeting, it could complicate matters further for the police.

“We are ascertaining when the picture were taken. For now, we believe the pictures were not taken on November 21 as suggested on social media,” said the officer, requesting to remain anonymous.

The last time, senior police officials said, such a meeting was ‘announced’ in Srinagar was way back in the year 2000. However, overground workers, militant sympathisers and supporters of the group often meet in the Valley to discuss strategy.

“It is to inform all you that on November 21st of 2018 Hizbul Mujahideen Jammu and Kashmir would be holding its command council meeting in Srinagar. This year the meeting will be presided over by our senior member from Shopian,” reads the letter issued in the name of Muhammad Bin Qasim, field operational commander of HM. Qasim is believed to be the code name of Riyaz Naikoo.

“We by the grace of God are challenging India and its stooges to stop us. The command council will hold deliberations on various issues and future course of action. Some of the minutes of the meeting will be made public after the successful completion of meeting,” the letter continues.

Another senior police officer had told The Wire that security officials are in the process of verifying the authenticity of the letter circulating on social media. The officer further said that the HM openly challenging the authorities could mean that the meeting has already taken place.