This Kashmiri Woman Lost Her Son, Brother to Militancy – and Now Her Husband Has Joined, Too

Gulshana Banoo's husband was the sole breadwinner in the family. Now she and her two remaining children and struggling. 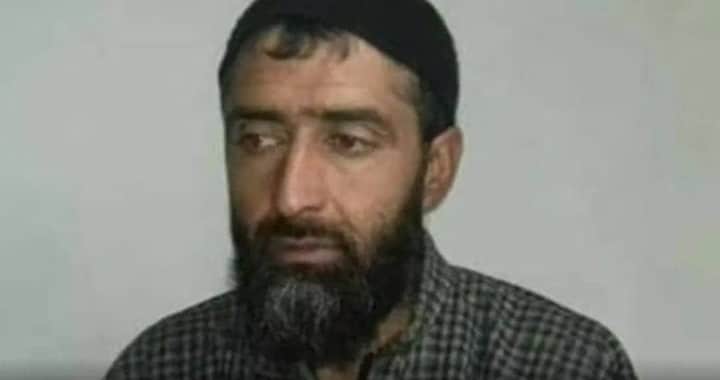 Tral: It’s been a difficult three years in 40-year-old Gulshana Banoo’s life. Her son and her brother – both of whom had joined the militancy – were killed with gun battles with the police. And now, her 48-year-old husband has also joined the militancy, making him the oldest militant in southern Kashmir.

“Within a span of three years, I have been watching how one by one, my family members are leaving me and joining the militancy. We are now reduced to three family members – me, my daughter and my younger son,” Banoo told The Wire.

In the autumn of 2017, Banoo, from Lurow Jagir village in south Kashmir, six km from Tral, lost her 18-year-old militant son, Adil Ahmad Chopan. He was killed in a gunfight with security forces. 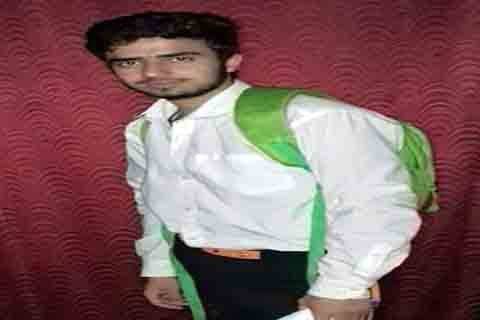 Adil Ahmad Chopan, who became a militant and was killed in a gun fight. Photo: Special arrangement

Adil, according to his family, was studying in Class 11 when he joined the Hizbul Mujahideen in March 2017. Within just two months, he was caught in a gunfight in Saimoh village, in which Hizbul commander Sabzar Bhat and another teenaged militant, Faizan Bhat, were killed. The security forces had a tough time dealing with protesters near the site, but ultimately managed to kill both Sabzar and Faizan. Adil, however, was rescued by locals from a cupboard soon after the gun battle was over. He was later killed on November 20, 2017, in a gun battle in Tral’s Seer village.

Three years later, in June this year, Banoo lost her 35-year-old militant brother Mohammad Maqbool Chopan in a gun battle with security forces in Saimoh village. Maqbool, a Jaish-e-Mohammad (JeM) militant, was killed along with his associate, Aqib Ramzan. While Maqbool joined the militancy in April this year, Aqib had been active for a year.

A month later, Banoo’s husband Abdul Hamid Chopan went missing in a similar fashion, forcing her to lodge a missing person’s report at the Tral police station. A police source told The Wire that Abdul had left home on July 16 and joined the militancy.

Banoo’s younger son is currently studying at the Government Degree College, Tral and her daughter has passed her Class 12 exams. The family is living in a single-storey house, and just scraping by each month. “I do not know the whereabouts of my husband. He was the sole breadwinner of our family and I do not know why he has decided to leave us,” said a visibly distraught Banoo.

Recalling the day when she saw her husband for the last time, she said, “He left home in order to irrigate the paddy fields, located close to our home. At 1 pm, my son Omar called on his [Abdul’s] phone but it was switched off. We kept calling multiple times and the phone continued to be switched off.”

Her younger son, Omar Hameed Chopan, said when his father did not return home for several days, the family contacted the Tral police station and a missing person’s report was lodged.

“Before going to the police station, we moved from pillar to post, but could not find him. I never thought he would leave us, especially at this age. He never talked about any plans to join the militancy, but I remember once he told me about the Kashmir conflict and how a healthy dialogue between India and Pakistan can save the lives of young boys who everyday fall to bullets in encounters with security forces,” Omar said about his father.

The 18-year-old added that his father’s decision has made him feel more overburdened and responsible. “No doubt I am just a teenager, but now I am the only male member in my family. My mother and sister cannot go out to earn a livelihood. So now I have to study and work at the same time.”

Banoo too said she was clueless about her husband’s decision. “I do not know where he is and why he left me after 25 years of marriage. He is not a child. He was not someone who could be brainwashed.”

After Abdul left, his family says, members of the security forces came to their residence and asked a few questions about him. “They wanted to know why he left. They also took down family details along with our mobile numbers,” they said.

Quoting a police official, local newspaper Kashmir Reader reported that Abdul has joined the Jaish militant outfit and is now the oldest among the militants active in south Kashmir.

“Shameem, another militant from Satoora village of Tral, is also an aged militant but he is a few years younger than Chopan. So Chopan will be the oldest of the militants active now,” the police official said.