Two trucks were set on fire, while a third driver was injured in the attack. 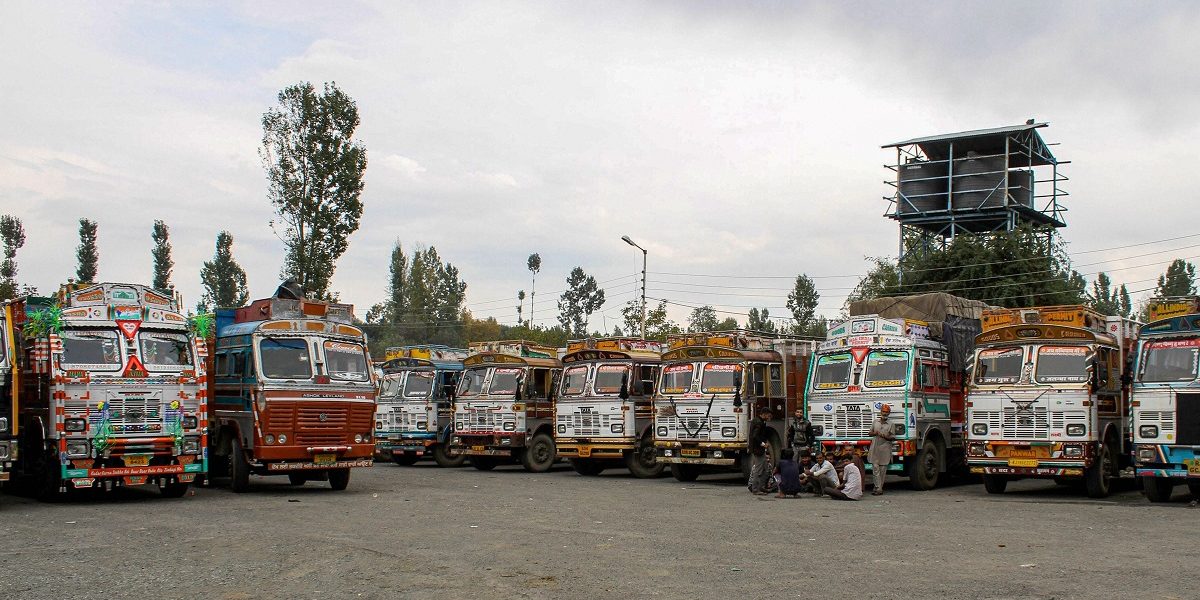 Trucks parked at a "safe zone" set up by authorities for fruit dealers in Shopian district of South Kashmir. Photo: PTI

New Delhi: Two truck drivers were killed on Thursday by suspected militants, the third time in ten days in south Kashmir’s Shopian district that non-Kashmiri traders have been attacked.

A senior official told PTI that the two truck drivers, who had gone to ferry apples, had ventured into interior areas without informing the security forces. “It’s an unfortunate incident,” the official said.

Apart from the bodies of two drivers who were killed, another person was injured and was shifted to a hospital in Srinagar. Director general of police Dilbagh Singh said on Thursday evening that the militants fired at trucks near Chittargam in Shopian and injured three drivers.

The militants stopped three trucks, which bore registration numbers of Haryana, Rajasthan and Punjab, and started firing indiscriminately at the drivers. At least six militants are believed to have been involved in the attack. The drivers made an unsuccessful attempt to flee the area, police said. Two of the trucks were also torched by the militants.

Officials said police teams have been fanned out in the area to nab the culprits.

Militants have targeted non-Kashmiri drivers and labourers over the past ten days, after apple trade has picked up in the region again. After the Centre on August 5 decided to dilute Article 370 and revoke Jammu and Kashmir’s special status, restrictions were imposed on the region, affecting all spheres of life.

On October 14, two militants, including a suspected Pakistani national, shot dead the driver of a truck that had a Rajasthan registration number and assaulted an orchard owner in Shopian district. The driver was identified as Sharief Khan.

Two days later, Punjab-based apple trader Charanjeet Singh was killed and another person, Sanjeev, was injured when militants attacked them in Shopian district.

According to an Indian Express report, at least apple traders and 500 workers returned to Punjab and Rajasthan between October 17-20, leaving behind apple stock that was partly paid for.

“We have left our apple crates and advances given to orchard owners as well. We did not bring any apples back. Farmers are now calling us to come again….but we have categorically told them that we will not come as our lives are more important than apples,” one trader told the newspaper.

Militants and insurgent groups are pressuring traders to shun apple trade to protest India’s constitutional changes, according to reports. Many people in Kashmir depend on apple orchards and trade for livelihood.