Do We Really Care for Kashmir or Just the Idea of It as a Part of India?

The problem is not Pakistan. It is us. 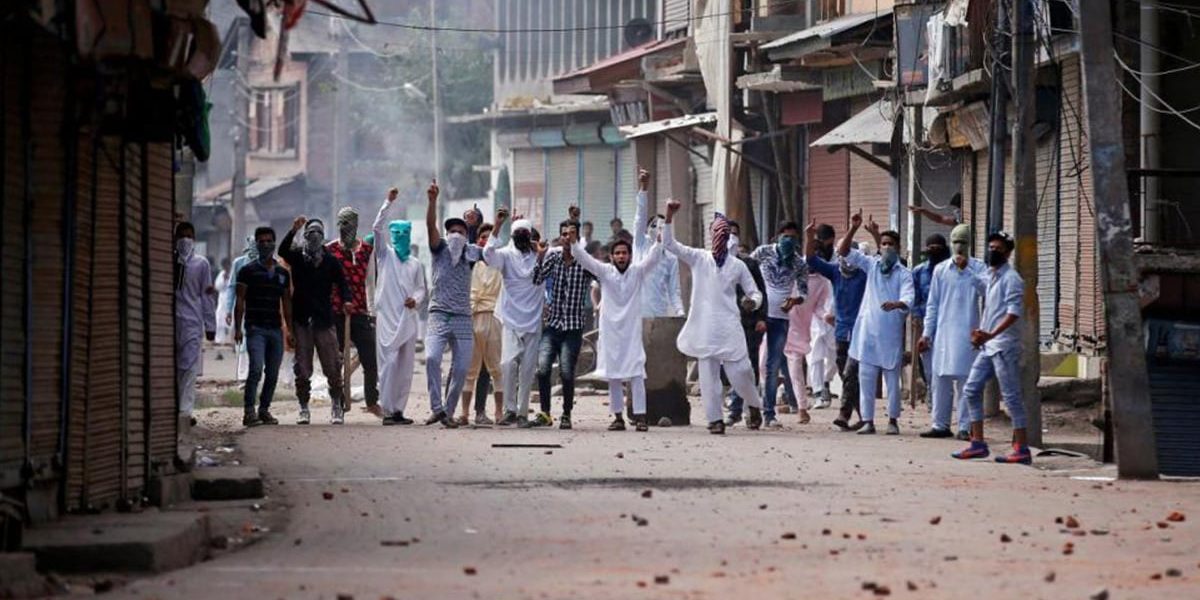 Jammu’s atmosphere had grown volatile even before the Pulwama attack on February 14. Credit: Reuters

I hadn’t noticed the lump in my throat until I reached the end of the account by a CRPF constable in Indian Express (February 16). Long after I had gotten over that emotional moment, his words continued to haunt me – “No one can carry so much explosive in a car without some local support.”

Local support, over-ground workers, misguided youth, separatists, vested interests. Call it by any name. The meaning will remain the same. A large part of the Kashmiri population – and here I am not referring to the state of Jammu and Kashmir – is not merely disaffected or disenchanted with us, it is hostile towards the Indian state. While the sense-numbing attack on the CRPF convoy was an extremely brutal manifestation of that hostility, the Kashmiri people have not exactly been coy about expressing it as far as memory goes.

Yet, we continue to broad-brush this memory of ours, incident after incident. When the mainstream Kashmiri politicians refer to this memory as ‘popular sentiment’, we run them down as opportunists. We do not think that perhaps for once they are representing the sentiment of the people and not their own selfish interests. We fool ourselves by pretending that the only problem in Kashmir is cross-border terrorism. That once Pakistan is declared the state sponsoring terrorism or is blacklisted by the Financial Action Task Force, the Kashmir issue will resolve itself. 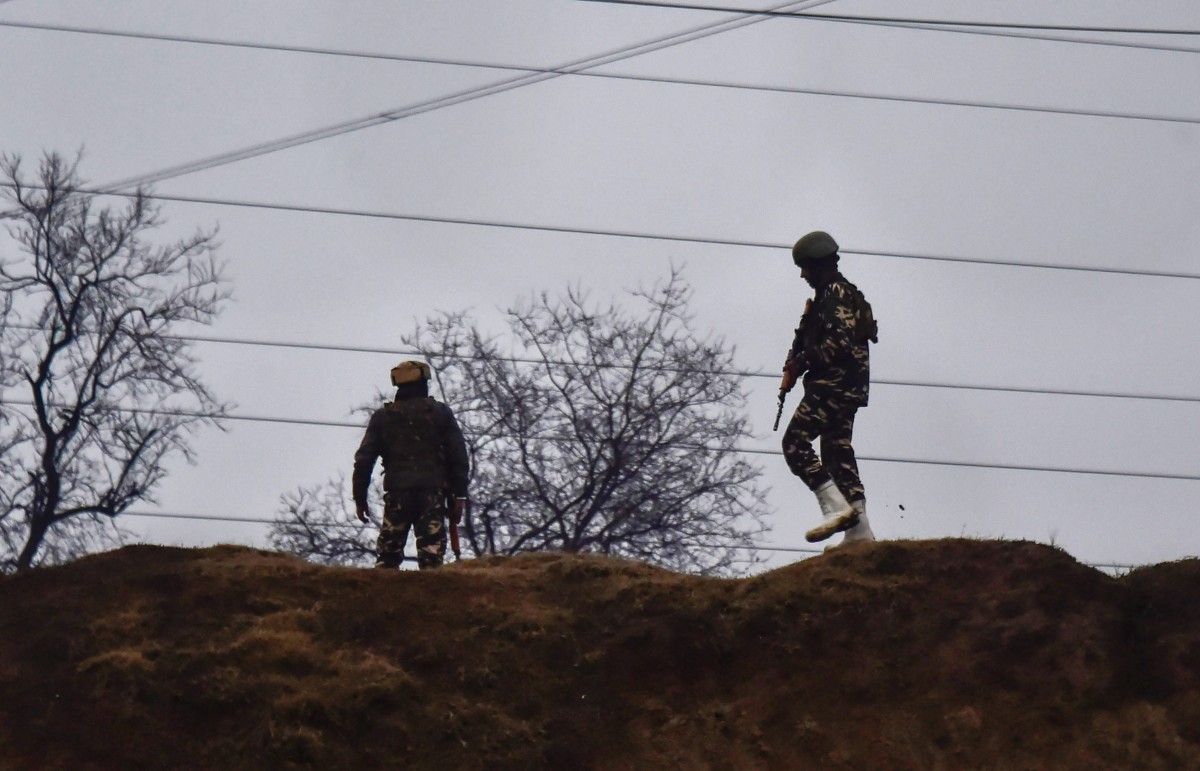 We lie to ourselves when we say that the majority of Kashmiris want peace. Of course, the majority of Kashmiris want peace, but not the peace of the graveyard that we are giving them. It will be presumptuous of me to claim that I know what kind of peace they want today. But 12 years ago, when the Manmohan Singh-Musharraf dialogue – conducted behind the scenes by diplomats Satinder Lambah and Tariq Aziz – was underway, it was clear to everyone what kind of peace they wanted and what was achievable.

The two retired diplomats were working on a formula which envisaged creating regional self-governing councils in all the five regions of Kashmir — Jammu, the Valley and Ladakh in India; PoK and Gilgit-Baltistan in Pakistan.

Unfortunately, things did not go according to the plan. Musharraf’s regime started to unravel as the protest by lawyers assumed a momentum of its own and his capacity to deliver on the discussions became suspect. Despite this, the fact remains that this was the only time in recent history when the three stakeholders, India, people of Kashmir and Pakistan were on the same page. This period was also the most peaceful in Kashmir since the insurgency began in 1989. The statistics on the government of India websites underline this fact.

Today, we are back to where we were in the 1990s. Not only in terms of the relentless cycle of violence, but also in terms of understanding what the people want. Despite innumerable committees, working groups and interlocutors over the last two decades, we continue to ignore all the reports they have produced and wrung our collective hands in anguish, wondering what Kashmiris want. Obviously, if we choose not to hear them, we will not hear them.

Need for a political resolution

But once again, here it is. Kashmir is a political problem which is screaming for a political resolution. This resolution will not happen without Pakistan. Hopefully, it can still happen without China, despite the building of China-Pakistan Economic Corridor (CPEC) which runs through Pakistan-occupied Kashmir. It certainly will not happen through pellet guns and batons of the Indian armed forces. It may happen through conversation.

The harder we hit them – as we have been doing for the last four years – more we will intensify the hatred they feel towards us. For years, Kashmiris viewed Indians as affable tourists who visited the Valley and helped locals with their livelihood. We were sisters and brothers. To the new generation of Kashmiris, India is represented by its uniformed class, which may be polite at times, but is often armed, hostile and insensitive.

The harder we hit them, the less peace there will be. Less peace there will be, lesser would be the tourists. And lesser would be their appreciation of us – harmless, friendly people that we are. Add to this the hostility that Kashmiri youth face in mainland India at the hands of our ‘misguided’ youth. And we still wonder why they don’t love us back. Do we really care for Kashmir, or do we care for the idea of Kashmir as an integral part of India? A part from where the Kashmiri Pandits have been thrown out and need to go back? At least, once in a while, we can speak the truth to ourselves.

If the government does not want to listen to ‘armchair’ peaceniks, it should listen to the CRPF constable who lost his buddies in the bus just ahead of his. We can teach Pakistan as many lessons as we want. From 1947-48 onwards, we have been teaching them lessons. Remember, we dismembered Pakistan in 1971. Yet, have we been able to win peace in Kashmir?

Honestly, what choice do we have? A day after the massacre of 40 CRPF men in Pulwama, a major of the Indian Army lost his life while defusing an explosive in Rajouri. We can either add these deaths to the existing statistics of 339 security personnel killed in Kashmir in 2014-2018, according to the minister of state for home affairs Hansraj Gangaram Ahir, or resolve that we will not sacrifice another brave but hapless person for political grandstanding. This is the least we owe to our men in uniform and to our conscience.

The problem is not Pakistan. It is us. Can we shut the door to the past, and open one to the future?

Ghazala Wahab is executive editorFORCE newsmagazine and co-author of Dragon On Our Doorstep: Managing China Through Military Power.