Among the dead, Colonel Ashutosh Sharma, twice decorated for gallantry. 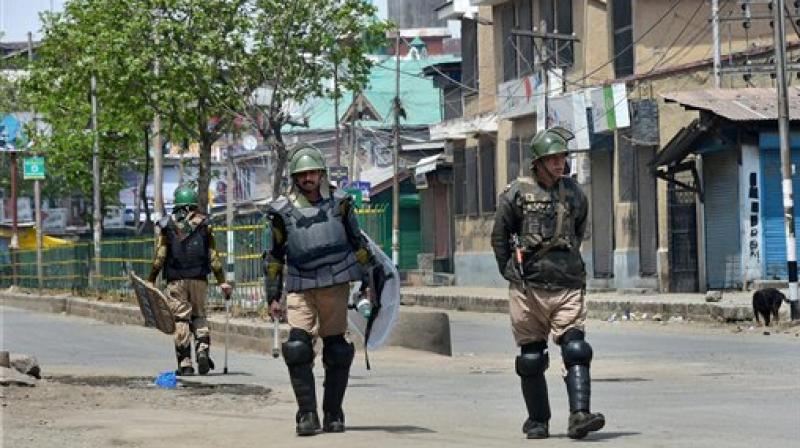 New Delhi: In one of the fiercest shootouts with militants since the onset of the COVID-19 crisis, an Indian Army colonel and a major were among five security personnel killed in an encounter at a village in Handwara in north Kashmir that also saw the death of two terrorists, officials said on Sunday.

Army officers Col. Ashutosh Sharma and Major Anuj, and Jammu and Kashmir Police Sub-Inspector Shakeel Qazi were among the deceased, they said.

Col. Sharma was leading a team to rescue civilians who had been taken hostage by militants hiding in a house at the Chanjmullah area of Handwara in frontier Kupwara district of north Kashmir on Saturday, the officials said.

As the hostages were being rescued, the team, which also consisted of a Lance Naik and a Rifleman, came under heavy fire which was effectively retaliated by the security personnel in the outer cordon, they said.

In the early hours of Sunday, a major offensive was launched by the security forces as there had been no contact with the Colonel or his team, the officials said.

Two terrorists were killed in the encounter, they said. Details of their identity and affiliation were not immediately known.

“Based on the intelligence input that terrorists were taking the civilian inmates of a house in Changimulla, (in the) Handwara (area) of Kupwara district, hostage, a joint operation was launch by Army and JK Police. A team comprising of five Army and JK Police personnel entered the target area occupied by the terrorists to evacuate the civ (civilians),” the official statement from the army.

“The team of Army and JK Police entered the tgt (target) area and successfully extricated the civ. However, during the process, the team was subjected to heavy volume of fire by the terrorists,” it continued.

The incident led to an outpouring of condolence messages on social media from politicians, actors, civil society members and so on.

Tributes to our courageous soldiers and security personnel martyred in Handwara. Their valour and sacrifice will never be forgotten. They served the nation with utmost dedication and worked tirelessly to protect our citizens. Condolences to their families and friends.

Salutes to those who protect our borders and have no let up- be it a pandemic or festivities. Respects to our fallen jawans, officers and policemen! 🇮🇳 🙏🏽 https://t.co/QjRvjIqgZE

A Commanding Officer, twice decorated before for gallantry, who led from the front in Handwara. And 3 young men from his unit the 21 Rashtriya Rifles. Fearless, selfless to the last. Deepest condolences to their families, the unit and the Army.

Note: This article has replaced an earlier PTI report on the incident.