'Let's Not Talk About It,' Say Kashmiris Who Were Attacked by Gunmen in Sopore

A police spokesperson blamed the militants for the attack, in which a five-year-old was also injured. 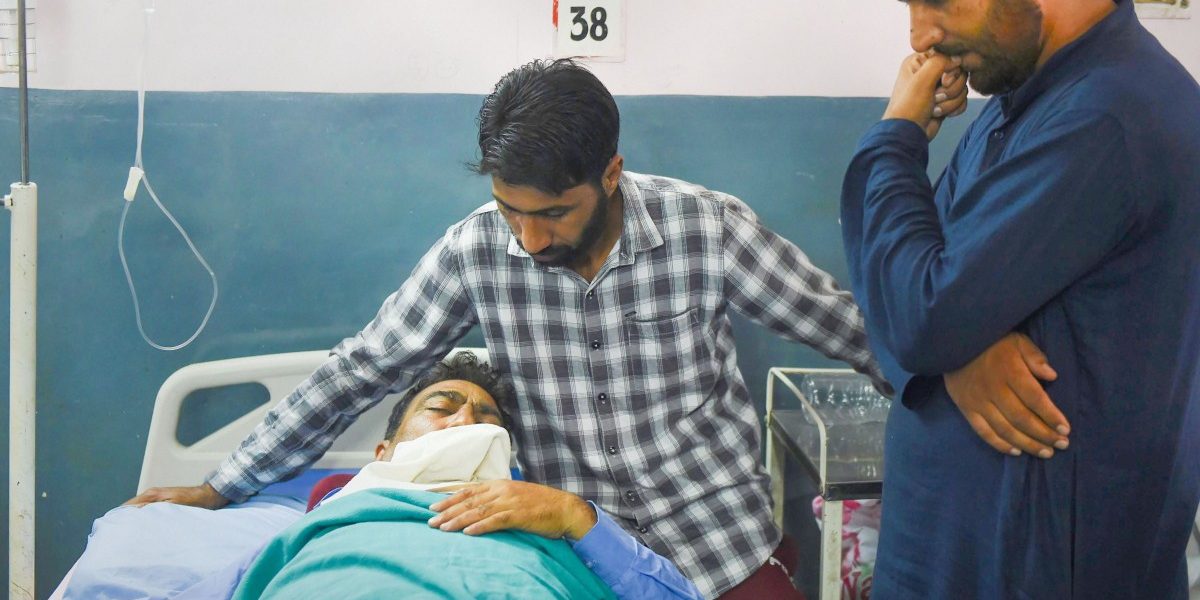 Srinagar: At a hospital in uptown Srinagar, three men talk in hushed tones about the incident. Their conversation is halted by an occasional joke cracked by one of them to divert their minds from the numbing pain they are feeling.

But occasional shrieks, which fill Ward No. 17 at the Bone and Joint Hospital, reflect what they have been through.

The three men – Mohammad Ashraf, Mohammad Ramzaan and Arshid Ahmad Rather – are recuperating from bullet injuries.

Around 15 km away, at the Sher-i-Kashmir Institute of Medical Sciences (SKIMS), Kashmir’s premier health institute, doctors have told the family of five-year-old Asma Jan that she is stable.

She was the fourth person injured in an attack by unidentified gunmen in Dangerpora village of north Kashmir’s Sopore town on August 6, at around 8 pm.

“I don’t know who they (the attackers) were,” said Ashraf, reluctantly. “They opened fire on us before fleeing the spot.”

A police spokesperson blamed the militants for the attack. “It was a merciless act of militants. The militants fired and injured four persons, including the baby.”

Additional director general of the J&K police (law, order and security) Muneer Ahmad Khan told the media that the incident was aimed to “instil fear among people”.

Also read: Amid Communication Blockade, Kashmiris Robbed of the Right to Mourn Their Dead

All three of them have bullet injuries below the waist.

The baby girl was shifted to SKIMS late on Thursday evening, in the wake of fears that a bullet might have ruptured a vein in her leg.

“But that wasn’t the case. The doctors told us there is a superficial injury on her right toe,” said a relative of the child, who had visited her in the morning.

Asma is Rather’s daughter, and according to him she is still in kindergarten. “She is just five,” Rather said.

On Saturday, media reports said the child was being airlifted to AIIMS, New Delhi, on the intervention of National Security Advisor Ajit Doval.

Deputy commissioner, Srinagar, Shahid Iqbal Choudhary, who is seen as one of the faces of the government after Article 370 was read down, also tweeted that Asma was being shifted to AIIMS.

“I heard about the media reports. But the doctors said she (Asma) is fine and there is no need to shift her,” said her father, who has injuries on both legs.

However, both the victims and their attendants are reluctant to talk about the incident in detail. “Let’s not talk about it,” said Ramzaan. “I hope you don’t take it otherwise.”

“You can see for yourself what has happened,” he added.

A young relative of the victims’, who had come from Sopore, however, agreed to talk. He said the three injured men were fruit growers and related to each other.

According to him, Ramzaan and Ashraf were on their way home in a car around 8 pm when they were stopped by the gunmen and asked to lead them to Rather’s house.

Quoting his conversation with one of the victims, he said: “On reaching his (Rather’s) house, the gunmen had asked the duo to knock at the door. That is when they were fired at by the gunmen below the waist.”

While the young man was narrating the incident, Ramzaan turned his head towards Ashraf and said, “You must know that I had at least three chances to escape, but I chose to stay. I thought it couldn’t end this way.”

The remarks brought a smile to Ashraf’s face, and to the faces of other relatives. “I know, I know,” Ashraf responded.

Some media reports quoted Rather, the youngest of the three, as saying that the gunmen opened fire at him after they could not find his father, Hamid Ullah Rather, at home. Ramzaan told The Telegraph that the gunmen warned them to keep the Sopore fruit mandi closed.

This is the third incident since August 5 in which unidentified gunmen have carried out attacks in various parts of Kashmir. A shopkeeper was killed inside his house in the Parimpora area of Srinagar by unidentified gunmen last month. Prior to the incident, two members of a nomadic family were killed by gunmen in south Kashmir’s Tral town.