The operation is on in the forest belt of Jammu and Kashmir's Poonch and Rajouri border districts. 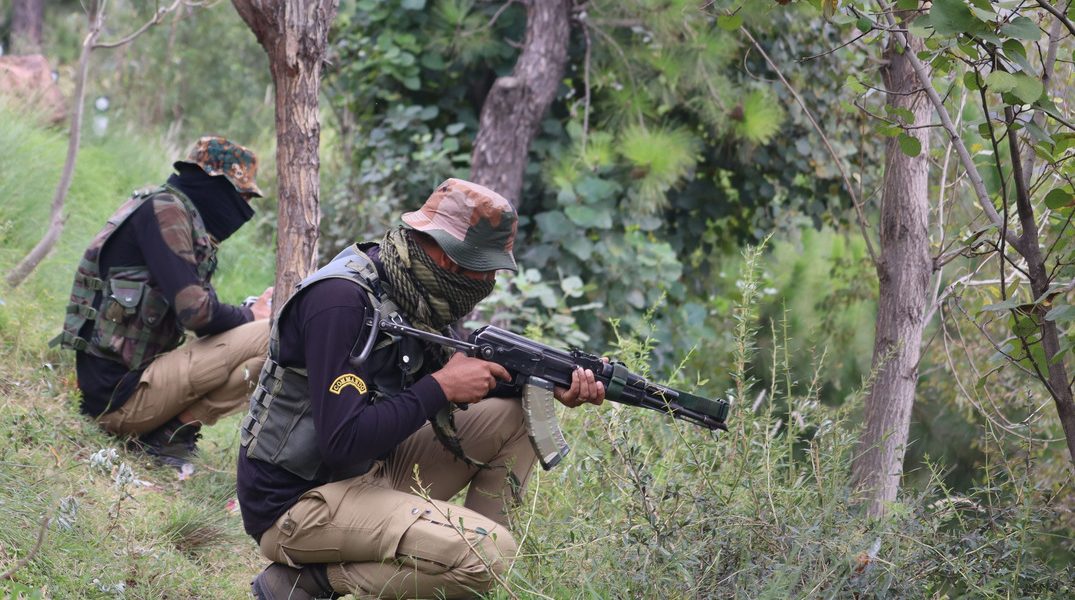 Jammu: Three persons, including a mother-son duo, were detained for questioning during an ongoing search operation in the forest belt of Jammu and Kashmir’s Poonch and Rajouri border districts where nine soldiers were killed in two separate gunfights over the past week, officials said on Sunday.

Five Army personnel, including a junior commissioned officer (JCO), died in a fierce gunfight during a counter-insurgency operation in Surankote forest on Monday. Four soldiers, including another JCO, died in another encounter in the Mendhar sector on Thursday evening.

A man along with a 45-year-old woman and her son, all residents of Bhatta Durrian forest, were taken into custody for questioning on the suspicion of giving logistic support to perpetrators, the officials said.

It was a matter of investigation whether they provided food and shelter to terrorists voluntarily or at gunpoint, they said.

The officials underlined that the area is mountainous and the forest is dense, which makes the operation difficult and dangerous.

So far, contact with hiding infiltrators was established thrice – first on October 11 in Poonch’s Surankote which was followed by another exchange of fire in the adjoining Thanamandi forest in Rajouri district the same day but the ultras managed their escape in both the encounters.

The third encounter took place in the Nar Khas forest in the Mendhar area of Poonch on Thursday evening.

Rifleman Yogambar Singh, Naik Harendra Singh and Subedar Ajay Singh who were killed during search operations being conducted by the Indian Army at Poonch in J&K. Photos: PTI

“The presence of terrorists in the forest area connecting Poonch and Rajouri was observed two-and-a-half months ago and accordingly tactical operations were launched to track them down,” Deputy Inspector General of Police, Rajouri-Poonch range, Vivek Gupta said on Saturday.

“A joint security grid was tracking different groups of terrorists but sometimes operations take time depending on the topography of the area. Contact with the terrorists was established thrice this week based on intelligence inputs,” the officer said.

“The terrorists are holed up and the joint forces are on the job to take the operation to the logical conclusion,” he added.

Officials said the entire forest area from Mendhar to Thanamandi remains under a strict cordon and a massive search operation is on to neutralise targets moving from one place to another in an attempt to escape the dragnet.

The Army has deployed para-commandos and a helicopter was also seen hovering over the forest area for surveillance on Saturday.

Officials said the traffic between Mendhar and Thanamandi along the Jammu-Rajouri highway remained suspended for the third day on Sunday in the wake of the ongoing operation.

Rajouri and Poonch in the Jammu region have witnessed a rise in infiltration attempts since June this year. Nine terrorists have been killed in separate encounters.