According to the order, all security and vehicles provided to the separatists will stand withdrawn by Sunday evening. 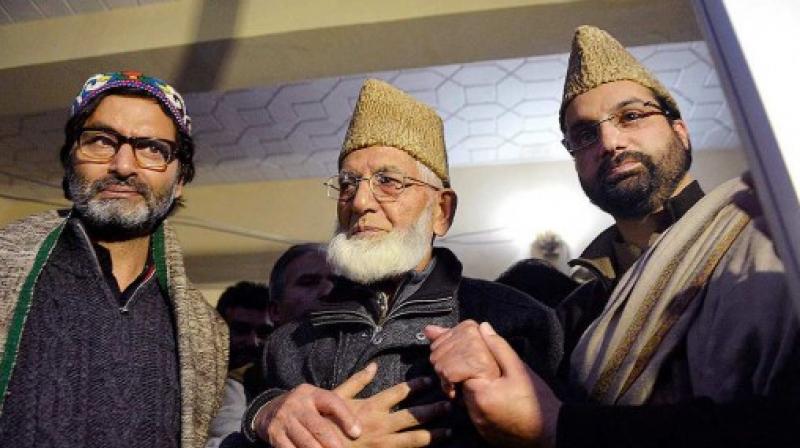 Besides the Mirwaiz, the security cover for Abdul Gani Bhat, Bilal Lone, Hashim Qureshi and Shabir Shah has been withdrawn, they said. However, there is no mention of pro-Pakistan separatist Syed Ali Shah Geelani in the order.

According to the order, all security and vehicles provided to the separatists will stand withdrawn by Sunday evening. No security forces or cover will be provided, under any pretext, to them or any other separatists. If they have any other facilities provided by the government, they are to be withdrawn forthwith.

Police will review if there are any other separatists who have security or facilities which will be withdrawn immediately, the officials said.

Home minister Rajnath Singh, during his visit to Srinagar on Friday, had said security given to people getting funds from Pakistan and its snooping agency ISI should be reviewed.

“Some elements in Jammu and Kashmir have links with the ISI and terrorist organisations. Their security should be reviewed,” he had said after reviewing security in the aftermath of dastardly terror attack in South Kashmir’s Pulwama district.

40 CRPF personnel were killed and five injured on Thursday in one of the deadliest terror strikes in Jammu and Kashmir when a Jaish-e-Mohammad suicide bomber blew up an explosive-laden vehicle near their bus in Pulwama district. The bus was part of a convoy of 78 vehicles carrying CRPF personnel from Jammu to Srinagar.

Past attacks on separatist leaders

Mirwaiz Molvi Muhamamd Farooq, former chairman of the All Jammu and Kashmir Awami Action Committee, was assassinated in May 1990. His killing, National Conference’s Farooq Abdullah had alleged then, occurred because PDP’s Mufti Sayed and the Indian government did not provide adequate security.

Later in the day, more than 60 civilians were killed in CRPF firing at Hawal in Srinagar during the Mirwaiz’s funeral procession.

In 2010, the Supreme Court upheld the conviction and life sentence to Hizbul Mujahideen militant Mohammad Ayub Dar for the murder.

Then on May 21, 2002, Abdul Ghani Lone was gunned down as he attended the 12th memorial service for Mirwaiz Moulvi Farooq at Srinagar’s well-known Martyrs Cemetery.

One of Lone’s security guards also died in the attack.

Lone, a complex and seasoned mainstream politician who joined the Jammu and Kashmir Assembly as a Congress MLA in 1967 before moving on to the National Conference, Janata Party and then his own People’s Conference, had turned to separatism in the late 1980s. He was arrested in 1990 and on his release in 1992 came up with the idea of bringing together all separatist outfits under one platform that eventually came to be called the All Party Hurriyat Conference.

In December 2009, Senior All Parties Hurriyat Conference leader Fazal Haq Qureshi was critically injured in a Friday evening assassination attempt while returning home from a local mosque after prayers for playing a key role in the APHC’s ongoing secret dialogue with New Delhi