Officials said the three militants, including Mehran Shalla, the self-styled commander of The Resistance Front, were travelling in a car when they were waylaid by security forces. 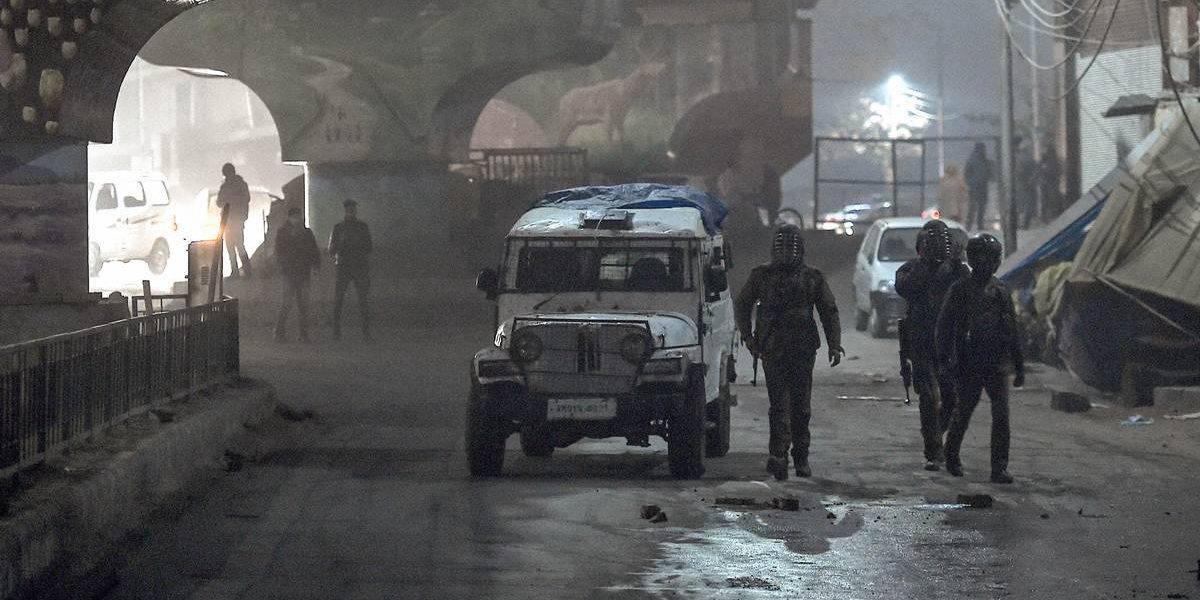 Security forces on a patrol after an encounter with suspected militants near Rambagh, Srinagar. Photo: PTI/File

Srinagar: Three militants, including a self-styled commander of terror outfit The Resistance Front (TRF), wanted in the recent civilian killings in the city, were gunned down by the security forces on Wednesday, officials said.

“The brief shootout occurred at the Rambagh area in the city,” they said.

Officials said the three militants, including Mehran Shalla, the self-styled commander of TRF, were travelling in a car when they were waylaid by the security forces.

“The militants were shot dead as they tried to escape,” they said.

“Apart from Shalla, a resident of the Jamalata area of the city, the other two slain militants are Manzoor Ahmad Mir and Arafat Sheikh, both residents of Pulwama,” officials said.

According to the officials, the militants were affiliated with TRF, an offshoot of Lashkar-e-Taiba.

Mehran was wanted by the security forces in connection with several civilian killings, including the shooting of two teachers inside a school in the Eidgah area of Srinagar last month, they said.