Both the terrorists, who are believed to be from the Pakistan-based Jaish-e-Mohammed (JeM), were heavily armed with deadly 'steel core' bullets, police said. 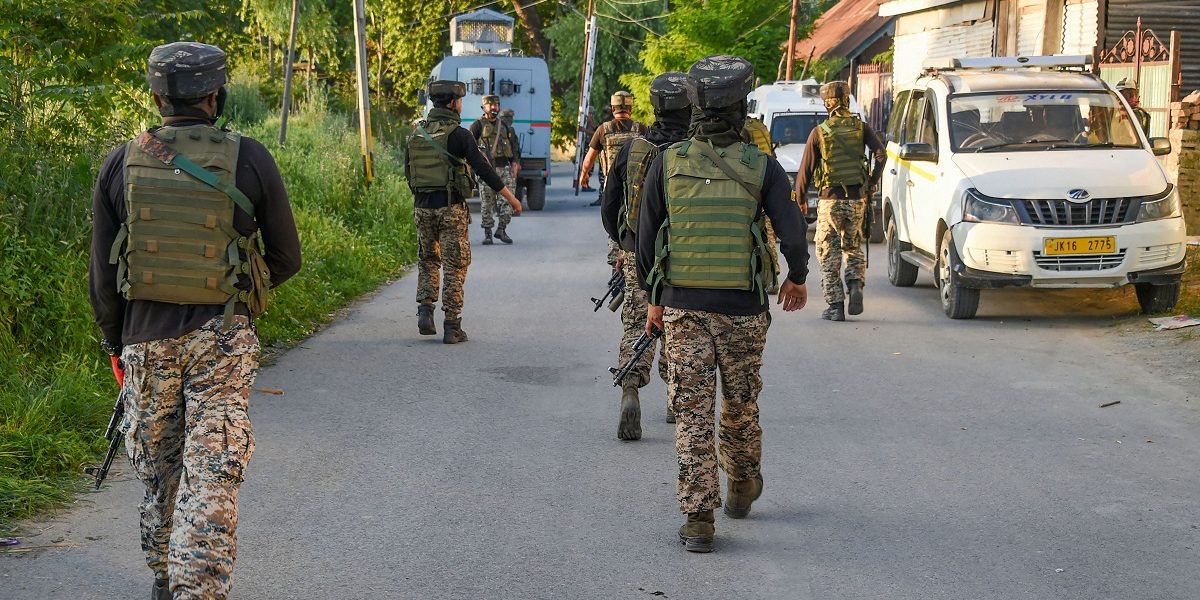 New Delhi: Terrorists attacked an Army camp in Rajouri district on Thursday killing four soldiers and the two attackers were gunned down in the shootout after the pre-dawn suicide strike that marked the return of ‘fidayeen’ to Jammu and Kashmir after more than three years.

Both the terrorists, who are believed to be from the Pakistan-based Jaish-e-Mohammed (JeM), were heavily armed with deadly ‘steel core’ bullets and were shot dead after an over four-hour gun battle which started at 2 AM and ended just before 6.30 AM, police said. The attack came four days ahead of India’s 75th Independence Day next Monday.

Director General of Police Dilbag Singh told PTI that the two ‘fidayeens’ (suicide attackers), believed to be from the banned JeM, attempted to sneak into the camp but were neutralised.

He said the sentries challenged the two terrorists who lobbed grenades while attempting to gain entry inside the post. However, alert troops cordoned the area and engaged them in a firefight, he added.

Anand said in the ensuing gunfight, the two terrorists were neutralised.

Six soldiers of the Army were injured in the operation and of them, four succumbed to injuries while repulsing the suicide attack, he added.

According to eyewitnesses, the first gunshot was heard around 2 am when the terrorists attempted to breach the external fence of the army camp.

The attack marks the return of ‘fidayeen’ to the Union territory of J and K after more than three years. The last such strike took place on February 14, 2019 at Lethpora in Pulwama district of south Kashmir, in which 40 CRPF personnel were killed.

There was an intelligence input about the presence of terrorists from the JeM in the region and police and other security agencies were carrying out operations in various parts of the district, police said.

Security forces and the police had been put on alert following intelligence inputs on suspected movement of terrorists in the Rajouri belt, prompting them to launch a combing operation in Darhal and Nowshera belt on Wednesday.

“Terrorists came close to 7-feet high fencing wall of the 11 Raj Rifles camp and hurled a grenade on a sentry post,” Senior Superintendent of Police (Rajouri) Mohammad Aslam said. Due to the grenade blast, one sentry personnel died on the spot, he said.

He said the police had inputs about the movement of terrorists and a cordon and search operation was going on since Wednesday. There were also inputs regarding such movements in Thanamandi, Kandi Bhudal and border areas too.

Asked whether the pattern of terrorists to engineer a ‘fidayeen’ attack was similar to the Uri strike, Aslam said ‘fidayeens’ are meant to cause major casualties. In 2016, four JeM terrorists attacked a brigade headquarters of the Army near the Line of Control(LoC) in Uri killing 19 soldiers.

“They wanted to do it here too. But troops bravely fought and neutralised and did not allow them to reach the barracks. They were neutralised before reaching these places.”

Aslam said the intruders appear to be foreign terrorists but investigations will give further leads.

“After investigations, we can also say whether the attack was carried out by a recently infiltrated group of terrorists.”

“We cannot rule out the presence of other terrorists in Rajouri. We are exercising alertness. Cordon and search operations are going on in the areas,” he said.

JeM terrorists had earlier unsuccessfully attempted to carry out a ‘fidayeen’ attack on April 22 in Jammu when Prime Minister Narendra Modi was scheduled to be in town. However, the two terrorists were killed in a chance encounter with the CISF near the Sunjawan Army camp. An officer of the paramilitary force was also killed.

An Army spokesperson tweeted that Army chief General Manoj Pande and all ranks “salute the supreme sacrifice” of the soldiers who laid down their lives in the line of duty in Rajouri and offer deepest condolences to the bereaved families.

J and K Lieutenant Governor Manoj Sinha condemned the attack and vowed to deal with terrorists and their supporters in a befitting manner.

“We shall deal with evil designs of terrorists and their backers in a befitting manner,” he said in a tweet.

Former J and K chief minister Omar Abdullah offered his condolences and said “very sorry to hear about the death in the line of duty of three soldiers following a militant attack in Rajouri.”

Senior BJP leader Davinder Singh Rana expressed his anguish and tweeted, “I salute the bravehearts the martyred soldiers who laid their lives for the Nation. Pakistan a crumbling nation is desperate n is using regulars to create disharmony in J&K but will never succeed”.

Police had busted two modules of the LeT instrumental in carrying out terror acts and ferrying drone-dropped weapons from Pakistan to the Kashmir valley. They arrested five members of two terror modules.

Note: This article has been replaced with a PTI copy after publication.