The Indian media has a tendency to dub any new military acquisition by the country as something with the power to steamroll the enemy – a claim which is untrue and can create a false sense of confidence. 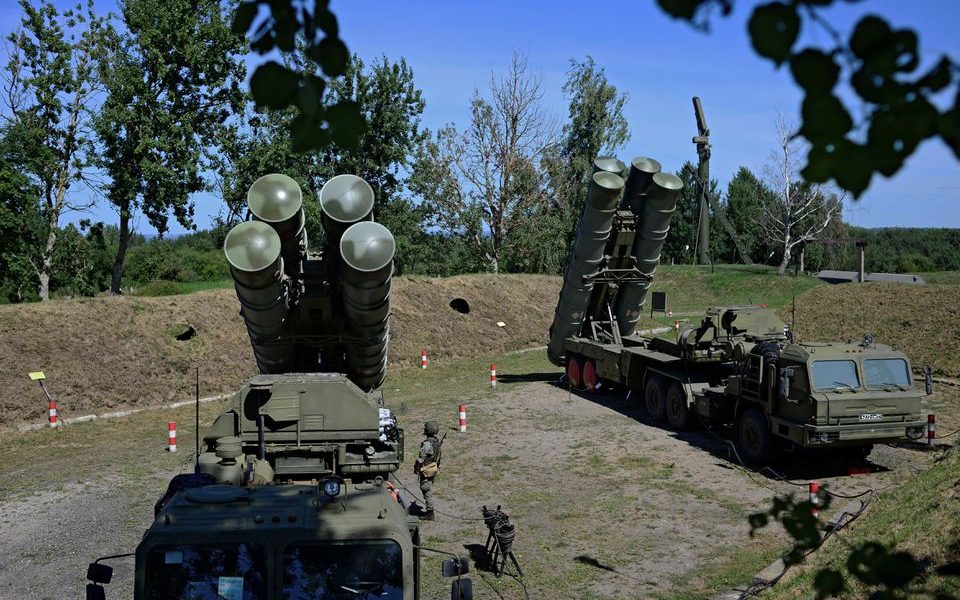 Russian S-400 missile air defence systems are seen during a training exercise at a military base in Kaliningrad region, Russia August 11, 2020. Reuters/Vitaly Nevar

The S-400 Triumf air defence system that India recently imported from Russia has been hailed in the Indian media as the ‘world’s best‘, a ‘game changer‘, a Brahmastra (infallible divine weapon of Hindu mythology) and a weapon which makes Pakistan and China tremble with fright. In view of such hyperbolic descriptions, it is imperative that we examine the weapon system’s capabilities threadbare from a technical perspective, lest our leaders become victims of their own rhetoric and launch some military misadventure that could prove costly.

The cost of the system has been described as $5 , $5.43 or $5.5 billion (approximately Rs. 38,000-41,000 crore), depending on the source. For this article, we will ignore the additional ‘diplomatic cost‘ of this purchase in terms of possible sanctions from the US under CAATSA (Countering America’s Adversaries Through Sanctions Act).

The S-400 was developed in the 1990s by Russia’s Almaz Central Design Bureau as an upgrade to the S-300 family. It has been in service with the Russian armed forces since 2007. According to the authoritative website Missile Threat of the Center for Strategic and International Studies (CSIS), the S-400 Triumf is a mobile, surface-to-air missile (SAM) system capable of engaging aircraft, UAVs (unmanned aerial vehicles or drones), cruise missiles and has a terminal ballistic missile defence capability (that is, it can engage missiles in their terminal phase, meaning their descent or re-entry phase).

So far, all these missiles use high explosive fragmentation warheads because they are not very accurate. However, it is believed that Russia is developing another missile called the 77N6 which will use hit-to-kill technology, like the American Patriot missile.

Current deployment of the S-400 around the world

According to Reuters, S-400 units are currently stationed in the Russian exclave of Kaliningrad. According to the National Interest magazine, Russia has also stationed S-400 units in Crimea to strengthen Russia’s position on the peninsula as well as on its Hmeimim airbase in Syria. The BBC reported that the system was deployed to Tartus, Syria in 2015, to guard Russian and Syrian naval and air assets.

According to the EurAsian Times, the S-400 was sold to China in July, 2018. It is reported to have been deployed at the Hotan air base in Xinjiang and the Nyingchi air base in Tibet, just across the border from Ladakh and Arunachal Pradesh respectively. Turkey bought it in December, 2020. Russia is reportedly interested in selling it to Belarus too.

Limitations and weaknesses of the S-400 system

The most comprehensive and authentic evaluation of the S-400 system has been made by the Swedish Defence Research Agency FOI (Totalförsvarets forskningsinstitut) in its 116-page report titled ‘Bursting the Bubble: Russian A2/AD in the Baltic Sea Region’ (A2/AD is jargon for anti-access/area denial). It concludes that its capabilities in general and its capability to counter counter-measures in particular are overrated. The study points out that the system creates much smaller A2/AD bubbles than is often assumed and a number of countermeasures are possible.

The FOI says that there are inherent problems in acquiring manoeuvring objects such as cruise missiles and fighter aircraft that are flying low or are hugging the terrain and this limits the effective range of the S-400. Citing the research of Christofer Berglund et al, it concludes that against such targets, its effective range may be as little as 20-35 km, or even less depending on the terrain.

Justin Bronk, research fellow with the London-based Royal United Services Institute (RUSI) says that the S-400 can be swamped by massed incoming missiles. It can also be spoofed and its engagement capabilities can be disrupted to an extent by electronic attack.

Sebastien Roblin, contributor for War is Boring, points out in his study titled ‘S-400: The Air Force’s Ultimate Nightmare or Over-hyped?’ that the 40N6 missiles are designed to engage adversaries less agile than supersonic fighters, like AWACS, refuelling tankers and other airliner-size targets at medium to high altitudes (between 10,000 – 30,000 feet).

Colonel Vinayak Bhat (Retired) has rightly busted some of the fantastic claims about the S-400. He has pointed out that the claimed five minutes’ deployment time is valid only for plains and not for mountainous terrain or jungles where the radars would need to be raised higher than the surroundings to increase the field of view. The total time taken could be 45 – 90 minutes. He notes that the system cannot stop hypersonic missiles, owing to speed and altitude limitations. It must be kept in mind that the Chinese hypersonic missile DF-ZF travels at Mach 10 (12, 348 km/h)!

Petr Topychkanov, senior researcher, Disarmament, Arms Control and Non-Proliferation Programme with the Stockholm International Peace Research Institute also says that S-400 is unlikely to intercept all types of missiles that Pakistan might fire at India in the future

Roblin reports that most American pilots maintain that the S-300 and S-400 pose a threat to only non-stealth aircraft. which has been determined after flying sorties over Syria as part of the anti-ISIS coalition. Defenseworld.net reports that US-led coalition and Israeli aircraft simply avoid the area covered by the S-400 – that is all the precaution they take!

Comparison with the American Patriot system

India had chosen the Russian S-400 over the Patriot (PAC-3) offered by the USA. Given the history of lack of transparency in defence matters in India, we do not know the grounds on which this selection/rejection was made. 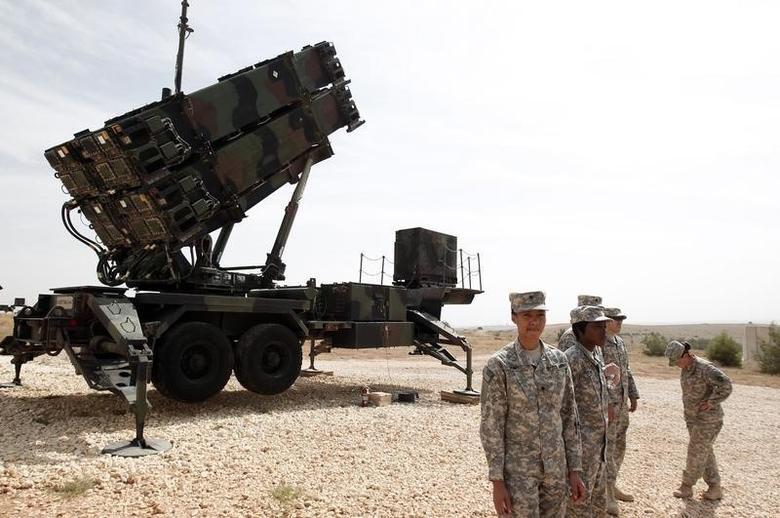 Missile Threat is categorical in stating that the S-400’s mission set and capabilities are roughly comparable to the American Patriot system. The Patriot SAM has been in service since 1984 and has been extensively investigated by independent researchers who found the claims exaggerated.

The US had claimed their Patriots had intercepted about 40% of the Scud missiles Iraq had fired at Israel during the war in 1991. However, Tim Weiner, a celebrated Pulitzer Prize-winning reporter with the New York Times had revealed that, contradicting the claims made by the US army, Moshe Arens, Israel’s Defence Minister in the Gulf War; General Dan Shomron, chief of staff of the Israel Defence Force during the war and Haim Asa, member of an Israeli technical team that had worked with the Patriot missiles during the war, say that one or possibly none of the Scuds was intercepted by the Patriots.

MIT professor and former Navy nuclear weapons analyst Theodore Postol had concluded that Patriot performance in Desert Storm “was an almost total failure to intercept quite primitive attacking missiles” and clearly did not prove that strategic missile defences could work.

As recently as December, 2017, Yemen’s Houthi rebels fired a ballistic missile (Burqan-2, a variant of the Scud missile, flying over 900 km) over Riyadh. Max Fisher et al had reported in the New York Times that evidence analysed by a research team of missile experts based mostly at the Middlebury Institute of International Studies in Monterey, California showed the missile’s warhead flew unimpeded over Saudi defences and nearly hit its target, Riyadh’s airport. Laura Grego, a missile expert at the Union of Concerned Scientists, disclosed that the PAC-3 was fired five times and all of them missed the missile flying right over them.

When the efficacy of a combat-tested system like the Patriot is doubtful, where does the S-400 stand?

The FOI says that experiences from Syria raise questions about the actual capabilities of such systems in combat, relative to their nominal capabilities. This is endorsed by a recent example. Joseph Trevithick, a fellow of the prestigious Globalsecurity.org and a contributor to Small Arms Review, among other such publications, reported that in June, 2021, in the course of the US Army’s Southern European Task Force-Africa (SETAF-AF)-led Africa Lion 2021 exercise, two S-400 batteries were knocked out in simulated strikes in Agadir, Morocco.

The likely price of misplaced confidence

The Indian media has fallen into a habit of hailing every new arms import – be it the Rafale jets, Barak-8 missiles, M-777 howitzers or the like – as something that would steamroll the enemy in no time. This does not happen in real life.

As Reinhold Niebuhr, commentator on politics and public affairs had noted in his book The Nature and Destiny of Man, “Possessing a darkly unconscious sense of his insignificance in the total scheme of things, he seeks to compensate for his insignificance by pretensions of pride.” This is where the roots of jingoism lie. History stands witness; those in positions of power are often consumed by the rhetoric which they have themselves created for fooling the people.

Shaza Arif, researcher at the Centre for Aerospace & Security Studies (CASS), Islamabad in her paper in Air University’s Journal of Indo-Pacific Affairs voices Pakistan’s concerns that this could provide a false sense of security to Indian policy makers and lead them to risk lethal adventures under the presumption that India would be invulnerable to any retaliatory attack. Given that our adversaries are nuclear powers; this may prove to be a disastrous presumption.

Dr. N. C. Asthana, a retired IPS officer is a nuclear physicist by training. He has authored 49 books and 76 research papers that include books like National Security and Conventional Arms Race: Spectre of A Nuclear War and many others on the technology of weapon systems.