Navy’s ‘Unrealistic’ Expectations for Submarine Tender Will Have Operational Ramifications

Russia became the fifth country to opt out of the proposed tender for six ‘hunter-killer’ diesel-electric conventional submarines, citing an ‘unworkable’ design and timeline restrictions. 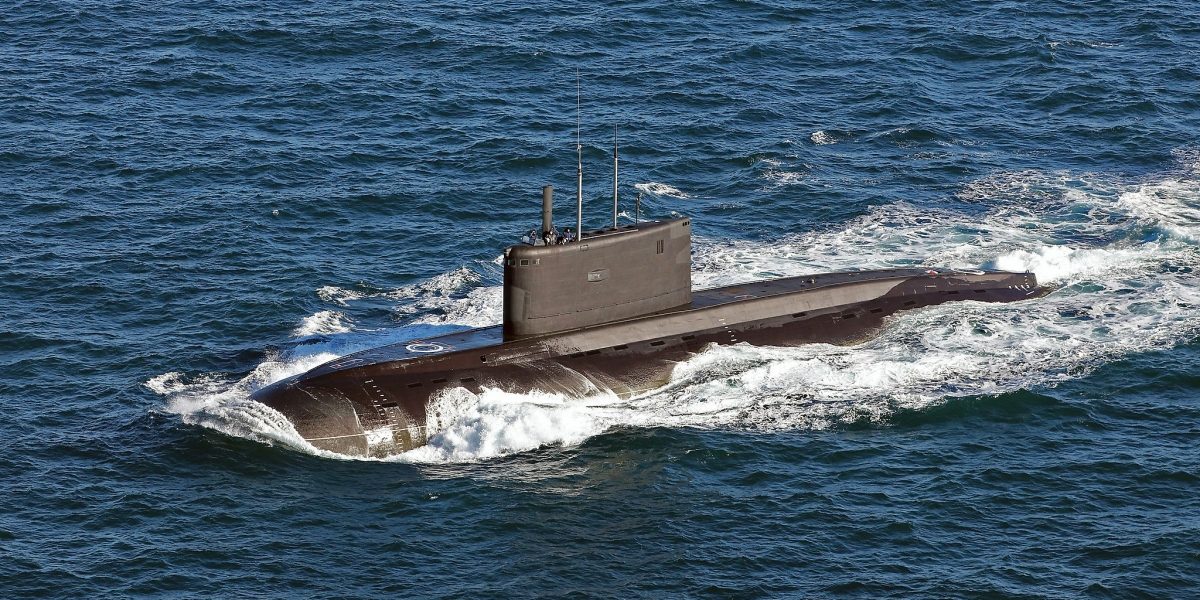 New Delhi: The Indian Navy (IN)’s long-delayed Project 75-India (P-75I) programme to indigenously build six ‘hunter-killer’ diesel-electric conventional submarines (SSKs) is literally floundering in deep waters after Russia became the fifth country to opt out of the proposed tender due to its ‘unworkable’ design and operational parameters and timeline restrictions.

Earlier, 2017 onwards, following the IN’s request for information (RfI) and subsequent expression of interest (EoI) were dispatched for the P-75I project – after initial Ministry of Defence (MoD) approval for it in 2007 – Japan, Spain and Sweden had also declined participation in India’s SSK programme for broadly similar reasons.

And, in May 2022, just ahead of Prime Minister Narendra Modi’s visit to Paris, France’s Naval Group – that has been licence-building six of its Scorpene SSKs at Mazagaon Dockyard Limited (MDL) in Mumbai since 2005-06 – too had declined to bid for P-75I on analogous grounds.

However, earlier this week, Andrey Baranov, deputy director general of Rubin Design Bureau, one of Russia’s three main submarine developers, categorically put the P-75I programme in perspective. He told reporters at the Army 2022 Exhibition in Moscow that the SSK project was ‘unrealistic’, and that the asked-for technologies by the IN could not be made available within the ‘strict’ timelines stipulated in the MoD’s July 2021 request for proposal (RfP).

Baranov went on to state that the qualitative requirements (QRs) specified in the RfP virtually demanded a ‘brand new submarine type’ that would present difficulties in its manufacture. “Our major concern,” declared Baranov “is that the requirements specified by the IN and the timeline for the project are not matching.” The IN, he added, would like to have the latest, state-of-the-art SSKs with powerful weapons, air-independent propulsion (AIP) systems and high stealth. “No one in the world has such a submarine ready,” the head of Russia’s 122-year-old submarine design bureau told reporters forthrightly.

Moreover, the Russian submarine design bureau head maintained that the RfP stipulated that the shortlisted designer would be responsible for the finished product, without providing him with any executive control over the shipyards responsible for the SSK’s construction. Senior military officials said that such an ‘impracticable’ stipulation by the MoD had previously been responsible for scrapping the contract for 126 French Rafale medium multi-role combat aircraft (MMRCA) in 2015.

At the time, fighter manufacturer Dassault had declined to accept responsibility for the licensed manufacture of 108 Rafales by the state-owned Hindustan Aeronautics Limited, resulting in the 2007 MMRCA tender being terminated and, instead India choosing to procure 36 Rafales in fly-away condition.

“It is astonishing that after 14 years of deliberation by the IN and the MoD, the RfP for the SSKs incorporates unreal QRs and restrictive conditions for their manufacture,” said a retired three-star IN officer. It displays a collective lack of pragmatism and realism by both the Navy and the MoD, he added, declining to be identified.

Baranov also pointed out that penalties for delays in submarine construction were high and only added to the project’s overall unfeasibility. “We have been saying from the beginning that building the first submarine of the class is not possible within this (MoD) timeline,” he stated but declined to elaborate. We understand that when the first ship of the class is constructed, there will be a lot of problems which is natural for the process of development, he stated.

Baranov’s blunt assessment of the IN’s proposed SSK’s ambitious design ironically echoed late defence minister Manohar Parrikar’s observations in 2015, when he jokingly, but accurately defined this perverse penchant as ‘QR overreach’ and one that plagued all three services. At a public function in New Delhi, with then Army Chief General Bikram Singh by his side, Parrikar had declared that at times the Indian military’s QR’s for equipment appeared to be straight out of “Marvel comic books”. The technologies it demanded were “absurd, unrealistic” and simply non-existent, Parrikar further elaborated much to General Singh’s chagrin. 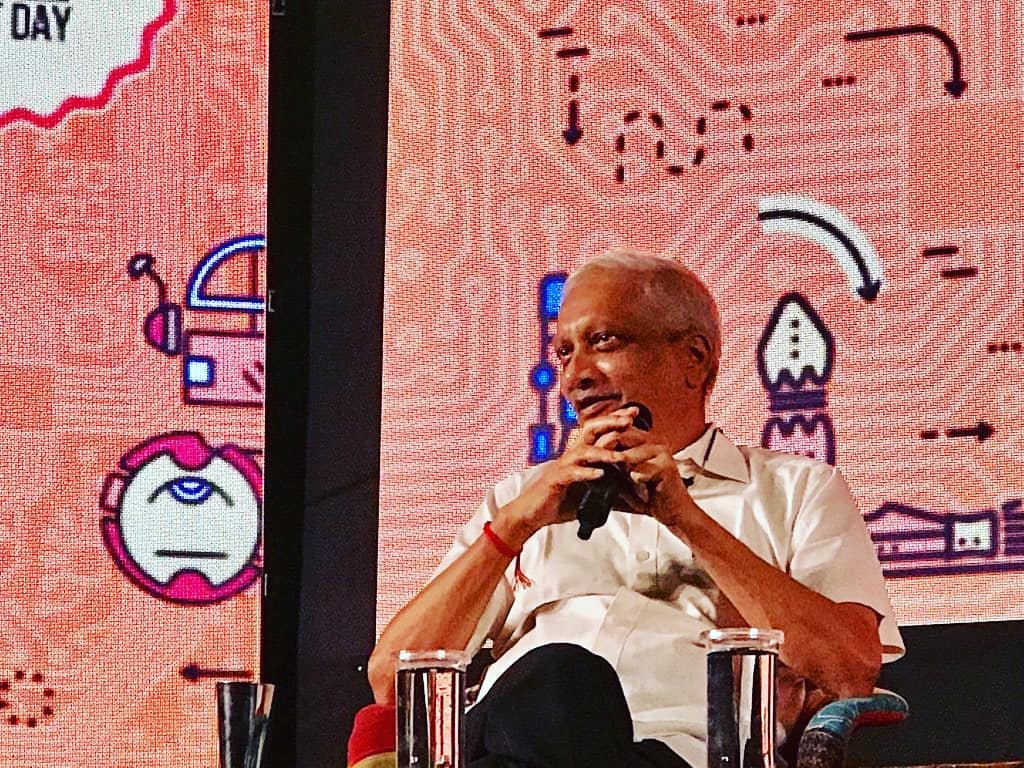 Six years after Parrikar’s assessment, it seems that the Marvel comic trend persists, albeit this time with the IN. But this had serious adverse operational ramifications for the force at a juncture when its underwater assets were not only numerically inadequate to operate in its vast area of responsibility, but even those boats that were in active service were bordering on obsolescence.

The IN currently operates 15 SSKs, of which seven Russian Type 877 EKM ‘Kilo’-class variants and four HDW Type 209/1500 boats were all between 20 and 34 years old, with several due soon for retirement. The remaining four SSKs, that joined service 2017 onwards, were the French licence-built Kalvari (Scorpene)-class SSKs, of which two more were scheduled for imminent commissioning. But even these latter six SSKs were inadequately armed, lacking heavyweight torpedoes that significantly circumscribed their deterrence capability and operational effectivity.

Besides, even the IN’s prevailing SSK numbers were nine boats short of the stipulated 24 submarines that were to have been inducted by 2030 in accordance with the Navy’s 2012-27 Maritime Capability Perspective Plan (MCPP). Furthermore, with a majority of the IN’s older Kilo and HDW boats being decommissioned shortly the navy, senior officers admitted, faced serious problems in operating a ‘credible’ submarine fleet for power projection and of realising its wider strategic goal of sea control and sea denial in the critical Indian Ocean Region (IOR) compared to the rival Chinese Navy’s rapid underwater platform force accretion.

The People’s Liberation Army Navy (PLAN) presently employed a fleet of 66 diesel-electric and nuclear-powered and nuclear-attack submarines (SSN/SSBNs) and is on course to rapidly boost these numbers. The IN, for its part, deploys merely one indigenously designed SSBN, with limited missile capability, and is awaiting the arrival of another nuclear-powered general purpose attack submarine on a 10-year lease from Russia sometime around 2025. It is also fast-tracking the local construction of 3-4 additional SSBNs, but all of these were only scheduled to join service by 2027-28, if not later.

In fact, according to the US Defense Department, PLAN presently operates the world’s largest force, with 355 front-line warships larger than corvettes, and over 400 platforms if one takes small missile boats into reckoning. In comparison, the US Navy is capable of deploying just 355 warships, rendering the PLAN the world’s largest maritime force.

However, for India – that directly faces an expansionist PLAN in the IOR – to make good its SSK shortfall it had planned on furthering the Rs 43,000 crore P-75I project to domestically licence build six SSKs via a collaborative venture with an overseas original equipment manufacturer (OEM). Surprisingly, however, despite the force disparity, the MoD had first approved the P-75I programme in 2007 but issued an RfI for it only a decade later in October 2017. This, in turn, was succeeded by an RfP thereafter four years later to two domestic shipyards which were shortlisted to build these platforms.

Consequently, the classified RfP required MDL and Larsen & Toubro to forge a strategic partnership (SP) with one of five overseas OEMs designated by the MoD to build the SSKs ahead of bidding for their tender. Surprisingly the MoD permitted just 12 weeks for the OEMs to finalise their bids for such a complex project.

The OEMs included Naval Group (France), ThyssenKrupp Marine Systems (Germany), Rubin Design Bureau (Russia), Daewoo Shipbuilding and Marine Engineering (South Korea) and Navantia (Spain). Of these, only Germany and South Korea are believed to be in contention for the SSK tender, but even their participation, according to industry officials, was somewhat ‘tenuous’ for reasons consonant with other OEMs who had opted out: QR overreach and unviable project schedules or to use Parrikar’s lexicon, the Marvel comic books syndrome.

The P-75I RfP required the proposed SSKs to be fitted with fuel cell-based AIP systems, land attack capability, modern missiles, sensors and state-of-the-art countermeasures, all of which in keeping with Baranov’s assertions were seemingly somewhat ‘unrealistic’.

Additionally, the P-75I stands delayed by around a decade, due largely to the IN’s vacillation and the MoD’s convoluted procurement policies. In 2008, the IN had issued an RfI to five of the same submarine OEMs – barring Japan’s Mitsubishi Heavy Industries and Kawasaki Heavy Industries – but with the intent of importing two platforms and indigenously licence-building the remaining four.

Consequently, the MoD’s Defence Acquisition Council had sanctioned P-75I in 2011, but the authorisation lapsed following inactivity. The programme was re-approved in 2014, but with all six boats to be built domestically.

The IN, meanwhile, declined to comment on the P-75I, but senior officers said it was considering ‘tweaking’ the RfP, even though the deadline for responding to it had ended 10 months earlier in October 2021. Hence, it’s anybody’s guess what will eventually transpire.