A long and sustained period of training for truncated service in the uniform will not be cost-effective and will make the army a supplier of recruits for the private sector.

Indian army recruits wearing their ceremonial uniform perform a salute during their passing-out parade at a garrison in Rangreth on the outskirts of Srinagar March 27, 2015. Photo: Reuters/Danish Ismail 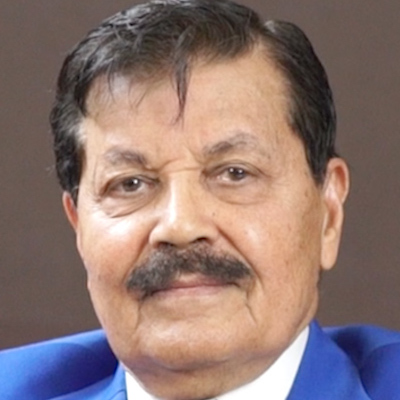 India has an over 15,000 km long land border with her neighbours running along some of the harshest terrains in the world.

Relations with two of her six neighbouring countries, China and Pakistan, have been strained for a long time; the border that India shares with them is disputed and un-demarcated. Over 1.2 million personnel of the Indian Army have their hands full guarding the two fronts on a round-the-year basis.

To add to their woes, there has been a considerable deficiency in their officer ranks, which stands at nearly 24% as on date. The short service (SS) commission scheme was introduced to fill up the lower ranks. SS officers serve a ten-year term extendable to 14 years and thereafter are discharged from service. However, the scheme has not helped in reducing the shortage in any significant way.

A new scheme, reportedly on the government’s drawing board, is to introduce a short three-year term called ‘tour of duty’ (ToD). The plan envisages inducting 100 officers and 1000 other ranks for a three-year term. With such small numbers, it is unlikely to address the problem of deficiency. What could be the other purpose of introducing such a scheme?

As per media reports, the government aims to meet the nationalistic aspirations of today’s youth by allowing them to don the military uniform for short periods. The photos in their CVs will not only be an inspiration to them but will also motivate others to follow in their footsteps. This will project the government as one that is welfare-oriented and will buttress its patriotic and nationalistic credentials. The youth, having imbibed a military discipline and regulated work culture, will have improved job prospects and will gain the upper hand when it comes to selections in the private sector. The scheme thus is designed to serve many purposes.

Also read: Explainer: Why Is the Indian Army’s 61 Cavalry Regiment Being Downsized?

The downside of the proposal, by way of its negative impact on the Army, seems either to have escaped the notice of the planners or has been glossed over. The pre-commission training of officers is long and sustained in different academies. For ToDs, in view of their truncated service in the uniform, a long period of training will obviously not be cost-effective.

Their training, therefore, is unlikely to exceed six months or so. Besides, the post-commission grounding that an officer goes through includes Young Officers’ Courses lasting several months – the duration depends on different Arms and Services. This training is unlikely to be extended to the short exposure ToDs unless it is to be assumed that the army will be a mere training ground for future citizens and entrepreneurs; contours have yet to be made clear.

The ToDs are thus likely to end up, at best, as semi-trained leaders. The acid test of an army is during a war. A soldier blindly follows the orders of his officer – he is even prepared to lay down his life on the orders of his superior. He does so only when convinced that the officer is better than him in every which way. That confidence may not be generated by officers who would lack required on-the-job skills.

On their part, most DOTs are likely to consider themselves in transit and may remain more preoccupied and focused on their post-uniform employment prospects. The army will end up being taking a hit and have its professional capabilities eroded. If the ToD scheme, as published in the media, is adopted it will be a serious impediment for the army. The army uniform will end up being used as a mere billboard for a display of patriotic zeal and a tool to burnish CVs by individuals. The army will also willy-nilly become a supplier of recruits for the private sector.

Sometimes the best plans can fail to achieve the intended results if implemented without due consideration. New schemes are easiest to introduce in the army. While they may express their reservations internally, their apprehensions do not get disclosed publicly. In the public’s perception, their concurrence and willingness are assumed as a given.

Also read: It’s Time to Openly Talk About the Problems Faced by the Indian Armed Forces

Introducing a new scheme in the form of ToD is avoidable. Instead, the current SS scheme can be reviewed and modified. The existing 10-14 years results in an officer shedding his uniform when he is in his mid or late thirties. That makes his lateral switch to a private-sector job difficult.

The period of his engagement can be reduced to a fixed five-year term. All the above-stated aims can then be achieved and the army too will have the officer available long enough to make a meaningful contribution. Anything less than five years may serve individual purposes but will not benefit the institution of the army.

There is a need for a detailed examination of the proposal before the final green signal is given.  For perceived gains that are at best debatable, even if not questionable, we should not be putting the Army’s operational efficiency under stress.