The Psychological Toll of Being a Soldier

Until PTSD is taken with the seriousness it warrants, damaged soldiers, their families and society will continue to pay the price.

Long hours of hazardous duties, solitude and separation from family takes a heavy toll on a soldier’s physical and psychological wellbeing Photo: Reuters

Last week, the Supreme Court ruled that there is no place for a cowardly soldier in the army. The incident in question occurred in 2006 in the Kashmir Valley, when the army had surrounded militants inside a cordon. During the ensuing firefight, the dismissed soldier chose not to engage with the cornered militants and instead deserted his post, because of which the militants were able to break the cordon, kill an army personnel and decamp with a machine gun.

The soldier was armed with an assault rifle and a pistol but did not retaliate with either. The honourable bench pointed out that soldiers cannot be exonerated from cowardice just because they had participated wholeheartedly in previous operations, and had never displayed fear prior to this incident and upheld his dismissal from service.

Soldiers who lose their nerve during combat can jeopardise the lives of their comrades and the mission itself. Appreciating the extraordinary circumstances under which soldiers are required to function, all armies have their own frameworks of law. Court-martial field punishment includes execution for desertion, cowardice or even “running amok” (a euphemism for sheer panic).

A landmark case – one which has deep lessons for us – is the story of Private Harry Farr who was executed for cowardice during World War I at the age of 25.

Private Harry Farr joined the British Army as a professional soldier and had six years of experience before the outbreak of World War 1 during which he fought on the western front, enduring some of the worst shelling during the trench war. In May 1915, he collapsed with strong convulsions and was diagnosed with hyperacusis – a condition induced by the damage to his ear caused by the shelling – which made even the smallest of noises excruciatingly painful.

This condition is also called ‘shell shock’. Despite this, he was sent back to the front where he fought in the Battle of Somme. Through the next year, he reported sick several times but was constantly turned back as there was no apparent physical injury and, of course, the number of casualties was so high that the doctors didn’t have time to examine someone who complained about unbearable noises in his head.

Harry staggered through till September 1916 when he finally broke and refused to return to the frontline. Accused of disobeying orders, Harry Farr was tried by a court-martial that lasted 20 minutes in which he had to defend himself in that state of mental condition. Farr was found guilty and sentenced to death and shot by a firing squad consisting of his own comrades on October 18, 1916.

This story, however, did not end there, because Harry Farr’s family was convinced that he was not a coward. They insisted he was suffering from ‘shell shock’ and had little control over his mental state and though there was no obvious physical injury, he was in great anguish. Harry’s wife was even denied pension as a coward’s wife was not entitled to a war widow’s status.

However, in 1992, Farr’s family got access to the court-martial documents thanks to a campaign which revisited the circumstances under which several soldiers like Farr had been executed and were horrified to learn that Harry was sent to the front when he was in need of urgent medical treatment.

This sustained campaign eventually resulted in a government pardon for Farr – and 305 other soldiers who had been executed during the war – in 2006. Gertrude, Harry’s wife who died in 1993, however, did not live to see her husband exonerated.

Every firing range of the Indian Army has these words inscribed on the firing butt. “No Pity, No Regret, No Remorse”. Chants like “Ek goli – ek dushman” (One bullet, one enemy) are incanted to remove any element of pity or remorse from the minds of soldiers during their training. This is, after all, an operational requirement of the army. They need to take well-adjusted, balanced, responsible, kind men and women and convert them into cold-blooded killers. 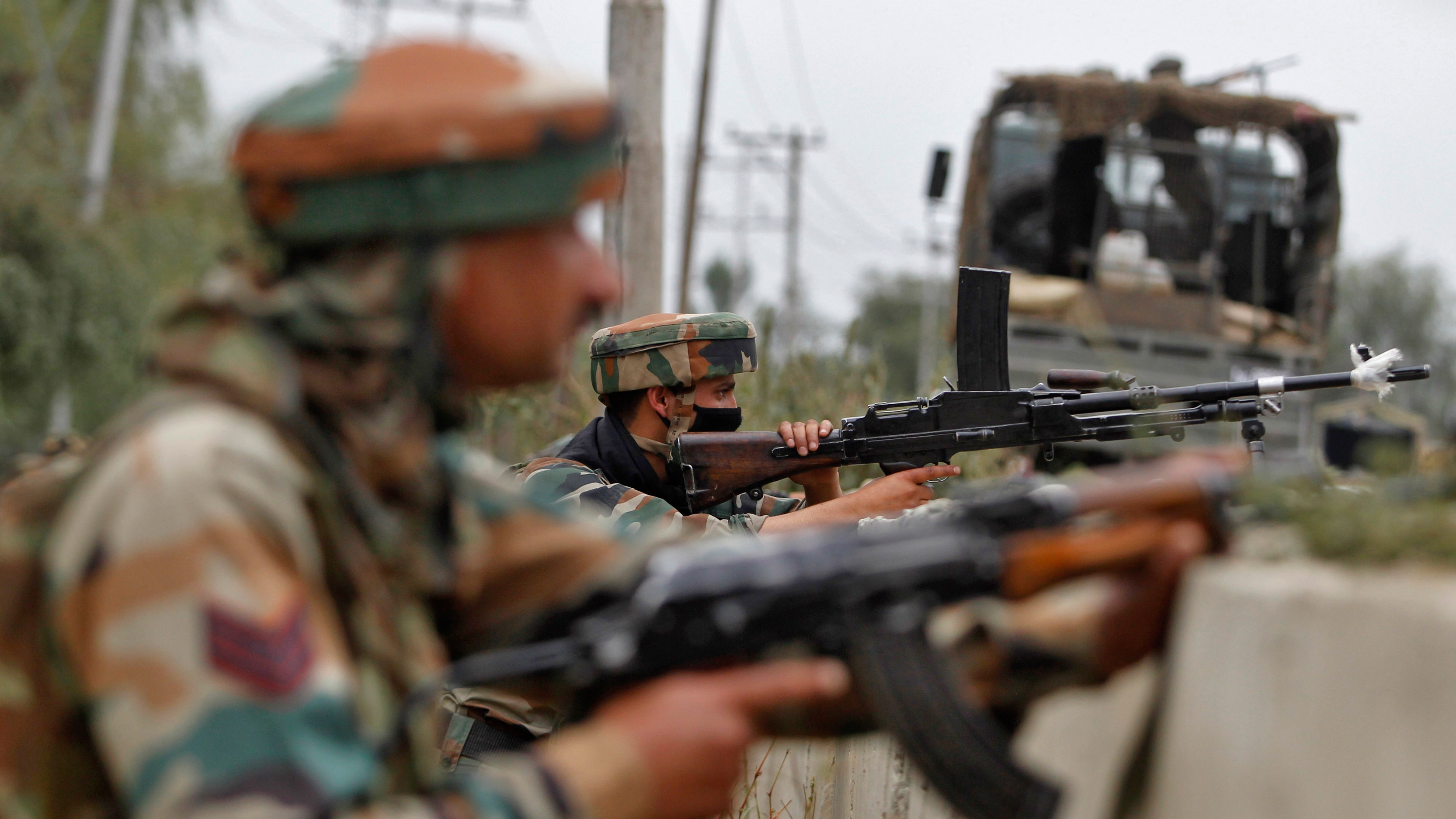 But there is no switch in the human mind which can periodically convert a kind soldier, who rescues victims from natural disasters, into a killer and then back again, without it affecting his mental state. Similarly, long hours of hazardous duties, backbreaking terrain, solitude, separation from family, inability to address domestic issues and uncertainty about virtually everything, takes a heavy toll on a soldier’s physical and psychological wellbeing.

Also Read: Why Are the Armed Forces in Kashmir Plagued by so Many Suicides and Fratricides?

This can’t be fixed with just increasing interactions with officers or placing accountability on commanding officers whenever incidents occur. We need to change the very DNA of a ‘macho’ army where not wearing earplugs while firing loud explosive rocket launchers should be considered a sign of stupidity and not machismo.

All infantry officers of our army have to mandatorily pass the commando course. As part of survival training, commandoes are taught to kill a fowl silently. There is something about wringing the neck of a living creature which makes many big and brawny commandoes squirm when they do it. It is one thing to kill dozens by releasing a bomb switch or squeeze the trigger of a sniper rifle and watch the enemy’s head explode a kilometre away. But it is another thing altogether to kill, in close quarter battles, where the soldier sees, smells, touches and feels the blood and gore.

The phenomenon of post-traumatic stress disorder or PTSD, its implication on a soldier’s mental state, his consequent actions and its cost to the society is being faced by countries like the US and UK. Up to 15% of US soldiers returning from tours of duty are diagnosed with PTSD. (It was 30% during the Vietnam war). In 2012 alone more than 7,500 former US military personnel died by suicide. Ironically even amongst active personnel that year, more people died by suicide (177) than those killed in operations (176).

The Indian Armed Forces too, have lost 900 soldiers to suicide in the last seven years. To put it in context, that is almost twice the number of soldiers lost in the Kargil War (527). Our security personnel have their share of PTSD, but in a country where thousands of physically disabled soldiers are fighting the system for their legitimate dues – acknowledging and addressing psychological damage is farfetched.

Some of the measures taken by the army to address increasing suicides may help – more leave, better food and infrastructure, increasing interactions with officers and counselling sessions etc. But it is not the physical hardship alone that causes trauma.

Also Read: Should The Defence Ministry Be Sued For The Deaths Of Soldiers?

If that were the case, the richest army in the world – the US Army – would have cracked the problem long ago. Instead, it is the inner conflict – which ironically exacerbates when troops are fighting their own citizens – that tugs the soldier’s moral compass until he loses his bearing.

While no excuses should be made for genuine shirkers or cowards – as indeed was the case in this particular judgment of the Supreme Court – until PTSD is taken with the seriousness it warrants, damaged soldiers, their families and the society will continue to pay the price in perpetuity, as well the country.

If we want a humane and moral army, then we need humane and moral soldiers, not cold-blooded mechanical killers. Because it is only the latter who can kill, without a part of them dying as well.

Raghu Raman is a former soldier and founding CEO of NATGRID. He tweets @captraman