Condemnation Pours in After Army Guns Down Civilian in Arunachal Pradesh

The army has said that it was on a search operation for militants when a commotion broke out in Pamao over the alleged beating of a villager, leaving one civilian dead and one injured. 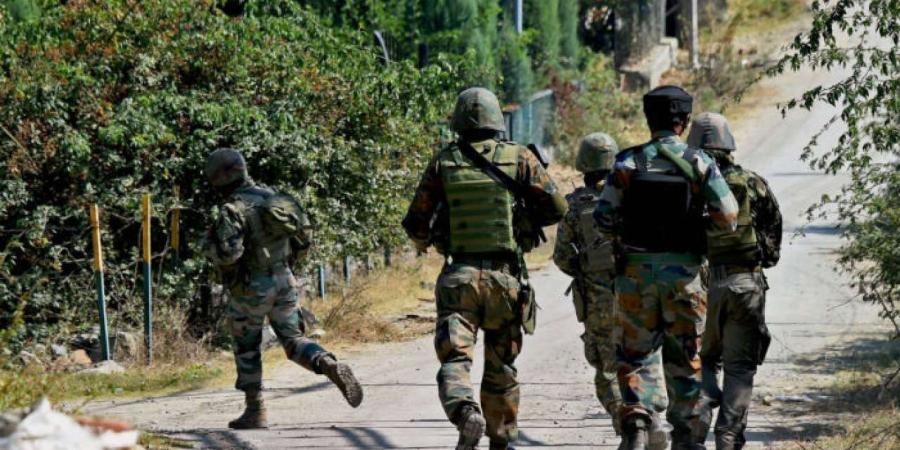 New Delhi: An Indian army contingent has gunned down a civilian and injured at least one person in a village in Arunachal Pradesh’s Longding district situated along the Myanmar border. The incident has evoked widespread condemnation and resentment in the Northeastern state.

While the army, in a statement, has claimed that it was on “a search operation” in the area following inputs about “movement and activities of NSCN (Isak-Muivah) cadres”, the deputy commissioner of Longding district has, however, corroborated to the media the sequence of events related by the villagers that led to the killing.

A news report detailing the incident in the Arunachal Times said that the villagers of Pamao had a peace meeting with a group of army personnel from the 19th Sikh Regiment on May 16 over the beating of a villager identified as Jimphu Wangnow for no apparent reason. According to the villagers, Jimphu was picked up on May 15 night while returning from the church and was taken to the base camp and beaten up. He was allowed to leave the camp only after midnight.

The news reports said during the May 16 meeting, “A commotion broke out when the army personnel who had no sufficient reason to explain their actions tried to leave the meeting midway which angered the villagers. They pelted stones at the army and in retaliation, the Indian army fired back at the crowded public, killing one civilian and injuring several others.”

Claiming it to be only a “search operation” in the area, the army’s statement reportedly said, “There was a gathering of villagers which started protesting against security forces and resorted to stone pelting. Troops identified suspicious movement and started moving towards a house which drew two to three bursts of fire on Indian Aamy party. Civilians were told to disperse and to safeguard lives and property controlled retaliation was resorted by firing eight single shots.”

The statement further added, “In all this melee, insurgents managed to escape, however, in this cross-fire it is believed a few villagers have got hurt and one villager has expired. Indian Army offers condolences to the family of the deceased villager.” It said, “Many soldiers of Indian Army also got injured due to stone pelting by supporters of NSCN (IM).”

However, in a written statement to the Indian Express, Longding DC Cheshta Yadav said that on Saturday afternoon the troops of the 19th Sikh regiment stationed at Pumao “was negotiating with the villagers about the beating of one individual named Jingmoh Wangnow”.

Yadav related that during the negotiation, the army personnel were surrounded by villagers. “Fearing a law and order situation they came out of the house and got back into their vehicles. They were trying to leave during which they were stopped by women of the village.”

Yadav said, “Meanwhile, certain youth from behind started pelting stones. In response, the army personnel opened fire.” According to the DC, a 60-year-old villager, Lamdam Lukham, received a bullet injury in the head and died on the spot. Another person, Wangnai Wangsa, received bullet injury on his leg.

The DC has ordered a judicial inquiry into the matter. State director general of police R.P. Upadhya has termed the incident “tragic”.

Meanwhile, as the word spread about the incident, considerable condemnation has begun to pour in from civil society organisations and others. While the North East Human Rights Organisation (NEHRO) has lodged a complaint against the Army’s action at the National Human Rights Commission in New Delhi, the All Arunachal Pradesh Students’ Union (AAPSU) has termed it an “act unbecoming of the Indian Army which claims to be one of the most disciplined forces in the whole world.”

“When the law keepers start terrorising its own people and start taking innocent life in a democracy, it negates the very purpose for what they have been assigned in this part of the country. The heinous crime purported by the Indian Army has severely compromised and has contradicted the very underlying purpose to maintain law and order and to neutralise underground elements which they have been deployed for. It reflects the lowest ebb of democratic set up,” AAPSU reportedly said in a statement.

The powerful student body has urged not only the state government but all the MLAs of the entire Longdong, Changlang and Tirap belt to register “a strong protest (against the incident) in unison before the union government”. The Changlang, Tirap and Longding districts of Arunachal are near Myanmar and have been long considered to be a safe passage for Northeast insurgents into the neighbouring country, leading the Army to carry out operations from time to time.

While both Arunachal MP Kiren Rijiju, a minister in the Narendra Modi government and chief minister Pema Khandu have maintained a silence over the issue, the district administration has announced an ex gratia of Rs 50,000 for the dead and Rs 25,00 for the injured.

Opposition Congress leader and former Lok Sabha MP from the state, Ninong Erring, has called the incident “unfortunate” on Twitter, adding, “I have always argued that people of Tirap, Changlang and Longding are between the devil and deep sea.”