To Maintain a Prepared Military, India Will Have to Find a Way Around Sanctions on Russia

Experts believe is is ‘imperative’ for the defence ministry to find ways to pay Russia for varied materiel, without which the operational capability of India’s armed forces would be ‘severely undermined' over the next 12-18 months. 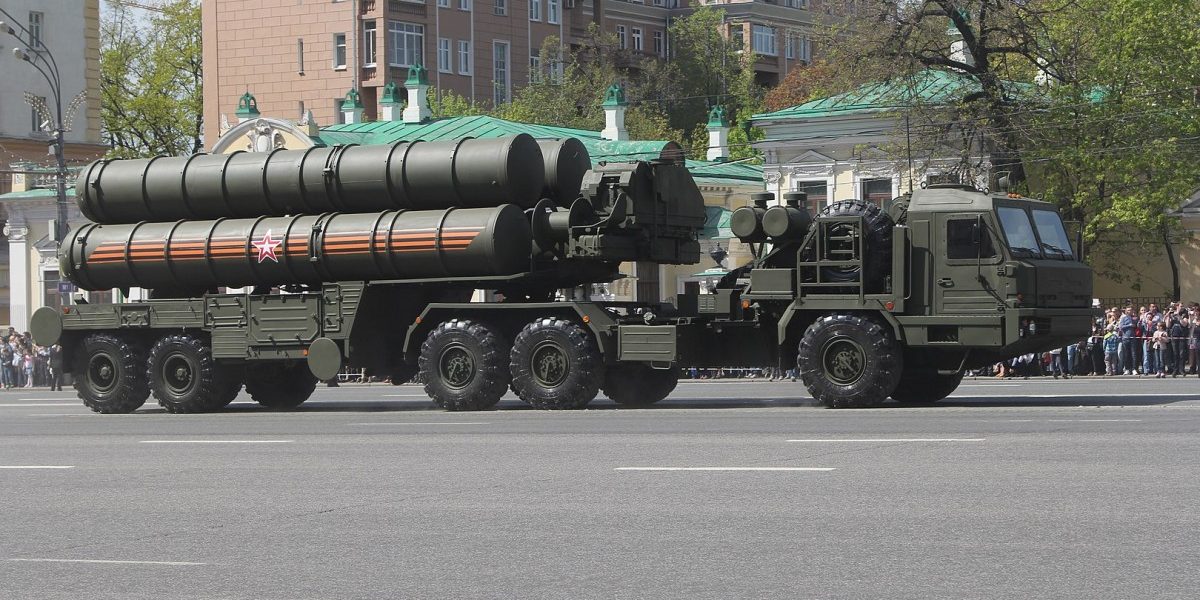 New Delhi: Military commerce worldwide, but particularly in India, has always been opaque, mired in allegations of wrongdoing, chicanery, clever accounting and even more trickery.

But under the US-led sanctions on Russia for its invasion of Ukraine, it threatens to become opaquer, as the government in New Delhi mulls over diverse financial innovations to pay Moscow for assorted materiel to sustain and supplement its military’s predominantly Russian arsenal.

Media reports over the weekend stated that the Department of Military Affairs or DMA, which remains headless after Chief of Defence Staff General Bipin Rawat died in a helicopter accident last December, was conducting an audit of India’s inordinately high level of dependency on Russian defence kit, which exceeded 60% for all three services.

The Economic Times on Sunday reported that the DMA was also appraising strategies to reimburse Russia under the sanctions threshold for military spares and components for in-service equipment and other military gear under purchase, and awaiting delivery. The newspaper quoted Russia’s ambassador designate to Delhi Denis Alipov as saying that mechanisms still existed for bilateral defence trade between India and Moscow, but much depended on the ‘readiness’ of Indian partners, overcautious over their financial exposure to the US and European markets, to continue doing business despite sanctions.

A cross-section of military officers and former Ministry of Defence (MoD) officials, however, disagreed.

“Sanctions-busting endeavours or other jugaad by India would not only be tough to implement, but also prove counter-productive for Delhi under the prevailing circumstances given widespread anti-Russia sentiment over Ukraine,” said Amit Cowshish, former MoD acquisitions advisor. But, he conceded, that the urgency to somehow overcome or diplomatically circumvent sanctions remained a priority for the government to support its military that too faced serious challenges in its neighbourhood from nuclear rivals Pakistan and China.

Other retired and serving military officials concurred, stating that it was ‘imperative’ for the MoD to find ways to pay Russia for varied materiel, without which the operational capability of India’s armed forces would be ‘severely undermined’ over the next 12-18 months. Presently, they declared, the services could bank on existing spares inventories, war wastage reserves and ultimately on cannibalising equipment to remain effective. But the Indian military was deluding itself into believing these sanctions were going to ease up soon and it would be business as usual, said a retired three-star Indian Army (IA) officer speaking on the condition of anonymity. This is certainly not happening, he warned, adding that the embargoes would persist interminably.

The enormity of India’s reliance on Russian defence equipment is, indeed, vast and in direct proportion to the ordeal it now faces to get around punitive sanctions on Moscow.

In August 2021, Victor N. Kladov who heads Rostech, one of Russia’s largest state-owned defence conglomerates, had declared that his country had effected military deals worth $15 billion with India just since 2018.

Additionally, in July 2018 the IN had agreed a $654 million contract to execute the mid-life upgrade of four of its legacy ‘Kilo’-class Type 877 diesel-electric submarines, three in Russia and the remaining two locally. The procurement of spares and components for over 700 of the IAF’s fixed wing fighter and transport platforms and helicopters, the IA’s over 3,000 T72M1 and T-90S MBTs and some 2,000 BMP Infantry Combat Vehicles, as well as the Russian aircraft carrier and its aerial combat complement, amongst other equipment continued apace, to ensure it all remained operational. Besides, there were also innumerable other ‘committed liabilities’ or monies owed to Moscow for equipment previously acquired by all three services that needed paying.

“India’s ability to continue compensating Russia for all this equipment and a regular supply of spares under the US-led sanctions regime seems hopeless, as do the chances of it obtaining some kind of a special waiver in view of Delhi’s peculiar security predicament,” said a senior IN officer, declining to be named for speaking on a sensitive issue. It’s time to think swiftly of alternatives as the sanctions will damage India’s capability, he advised.

Meanwhile, military sources told The Wire that in keeping with the MoD’s standard operating procedures, India had till now almost certainly made the 15% advance payment of around $2.25 billion to Russia for the four major buys detailed earlier, as mandated by procurement procedures for all defence purchases upon inking of contracts.

Thereafter, the balance – some $12.75 billion – was still owed to Russia for disbursement by India in mutually agreed-upon tranches in keeping with delivery schedules that were spread over an extended period. But this pursuable commercial protocol had prevailed in normal times, except that now abnormal times prevailed, in which sanctions were projected to last for several years. In fact, some service officers even feared India facing the ‘overwhelming’ prospect of eventually neither receiving its equipment, nor being reimbursed its advances.

But both countries had some past commercial experience in bypassing sanctions.

In August 2019, Russia’s VTB Bank had reportedly signed currency deals with counterparts in India – and China – in a deft manoeuvre to dodge the Washington-imposed Countering America’s Adversaries Through Sanctions Act (CAATSA) in 2017 that embargoed Russia’s defence industry following Moscow’s takeover of Crimea and its alleged interference in the 2016 US elections.

According to Russia’s Izvestia newspaper at the time, the payment method included the application of ‘gateways’ to circumvent the international Society for Worldwide Interbank Financial Telecommunication or SWIFT banking system which now stands sanctioned. It is, however, unclear whether India’s arrangement with VTB still persists and if so, whether it could be exploited.

A year earlier, in August 2018 India and Rosonboronexport, Russia’s defence export agency, had entered into an agreement by which the public sector Syndicate Bank in Delhi – unexposed to US banking or financial institutions – agreed to directly transfer rupees/roubles to Russia’s Sherbank, doing away with normally routine letters of credit . Thereafter, the first tranche of the equivalent of $40 million was transferred in rupees/roubles in September 2019 as payment for the retrofit of one IN ‘Kilo’-class boat mentioned earlier. Sherbank, however, is believed to have been sanctioned now, foreclosing that alternative for India.

Since the mid-1960s, India had acquired over $70 billion worth of weaponry and related defence gear from Moscow, of which more than half – or $35.82 billion – was procured between 2000 and 2020, according to the Stockholm International Peace Research Institute. Till around the early 1990s, this military commerce was conducted via the rupee-rouble route and through barter; India supplied Moscow tea, sugar, toothpaste, footwear, socks and other similar food and everyday items that were then in short supply in the Soviet Union, and in exchange received combat platforms like fighters, helicopters, transport aircraft, tanks, submarines and warships.

After the Soviet Union’s break up in 1991, Russia and India switched over to trading in US dollars. After protracted negotiations lasting several years, the two ‘rationalised’ India’s rupee-rouble debt and other past financial discrepancies in an eventual settlement around 1996, determining that India owed Russia around $50 million.

The deadline for reimbursing this hoary liability was fixed at 2037. Perhaps an ancient civilisation like India can somehow persuade Russian to agree to defer all present payments for the slew of equipment on order till that date 15 years hence; but agree to deliver it all in the interim, thereby avoiding sanctions.