'Unbridgeable differences' have emerged over six years of negotiations in the deal to acquire all 200 Kamov Ka-226T light utility helicopters, defence sources said.

Chandigarh: India’s protracted deal to acquire all 200 Russian Kamov Ka-226T ‘Hoodlum’ light utility helicopters (LUHs) for its army and air force for over $1.2 billion, of which 140 were to have been licence-built indigenously, is unlikely to materialise in its entirety, industry and military sources said.

They claimed that ‘unbridgeable differences’ which had emerged over six years of negotiations, like the overall project cost, the quantum of technology Russia was willing to transfer to locally construct the twin-engine Ka-226Ts and the potential threat of US sanctions on exporting French helicopter engines to power the rotorcraft, were almost certain to foreclose this contract.

But Indian defence industry sources also indicated that Delhi was expected to ‘partially’ progress the Ka-226T deal, first announced during Putin’s visit to India in December 2014, by acquiring 60 of these platforms in fly-away condition for the Indian Air Force (IAF) and the Army Aviation Corps (AAC).

This was because these rotary assets were badly needed to replace the obsolete and accident-prone licence-built Chetak (Aerospatiale Alouette III) and Cheetah (Aerospatiale SA-315B) helicopters dating back to the mid-1960s, which the IAF and AAC presently operate. Of the overall 200 Ka-226T’s, 135 had been intended for the AAC and 65 for the IAF, but the allocation of 60 helicopters to either force was likely to be subsequently determined.

However, the attendant arrangement under which the India-Russian Helicopters Limited (IRHL) joint venture (JV) intended to licence build 140 Ka-226Ts at a new facility at Tumkuru, 74 km north of Bangalore, faced severe turbulence and probable eventual foreclosure. This understanding had centred around IRHL – in which Russia’s Rostech, the holding company of Russian Helicopters that makes the Ka-226Ts, has a 49.5% stake and India’s state-owned Hindustan Aeronautics Limited (HAL) the remaining 51.5% – ‘localising’ the 140 helicopters in four phases.

The first would have entailed 35 helicopters with 3.3% indigenous content, rising to 15% for the next 25 platforms. Indigenisation of the subsequent 30 helicopters, in the third phase, would need to increase to 30%, rising eventually to 62.4% for the last 40 helicopters, a proposal that is believed not to have been favourably received by Moscow.

India, for its part, remained adamant on significant technology transfer to IRHL under its atamnirbhar or self-sufficiency initiative to internally develop helicopter building capability and to reduce platform import dependence. Industry officials also estimated that the per-unit cost of these 140 domestically constructed rotorcraft was working out at around $11 million apiece, compared to around $6 million, or around half the price of each helicopter manufactured in Russia. 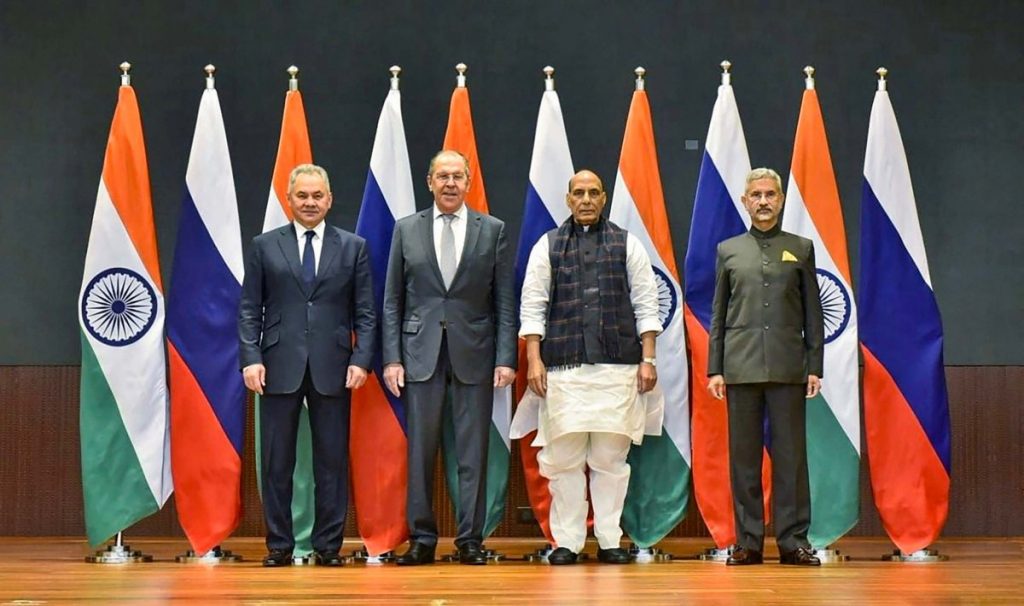 The other, albeit little-discussed hurdle in licence-building the Ka-226Ts centred around their French Turbomeca/Safran Arrius 2G1 turboshaft engines that are currently subject to sanctions under the US’s Countering America’s Adversaries Through Sanctions Act (CAATSA). Enacted in August 2017 in response to Russia’s annexation of Crimea in 2014 and Moscow’s alleged meddling in the 2016 American Presidential elections, this US-specific legislation embargoes the European Union, alongside numerous other entities worldwide, from exporting both dual-use and military equipment to Russia.

Ironically, India’s Ka-226T deal became a potential CAATSA target as in May 2015 its MoD, whilst approving the 200-helicopter purchase, had required them to be fitted with the French-made engines, instead of their previous Rolls-Royce-Allision 250-C20R/2 turboshaft power pack, which was deemed to be under-powered. However, keeping CAATSA in view and Washington’s adamancy to impose it, Rostech had recently announced plans by Russia’s United Engine Corporation (UEC)-Klimov JV to develop a replacement VK-650V engine for the helicopter.

This 650 hp engine is currently believed to be undergoing engineering trials and design validation ahead of possible flight testing in 2022 or 2023. Industry sources told The Wire that the spectre of CAATSA over the French engine was responsible for ‘jeopardising’ the Ka-226T contract and that waiting for the alternate UAE-Klimov power pack was not a default option, as it would only further delay an already long-deferred programme.

“Despite India’s six-decade-long military commerce with Moscow in sourcing its varied materiel requirements, immense price differences over directly imported and licence-built equipment still persevere,” said a former three-star IAF officer. He said that earlier in July 2006, the Comptroller and Auditor General (CAG) had castigated HAL for licence building Russian Sukhoi Su-30MKI multi-role fighters for almost twice the amount it would have cost to import them directly. At the time, the CAG had revealed that the total cost of locally building 140 Su-30 MKIs projected by the MoD in 2002 was $4.91 billion, but it had nearly doubled to $8.71 billion soon thereafter as deliveries commenced.

Other military officers said that the MoD had proven ‘inept’ in resolving the Ka-226Ts costing issue even though it was fully aware that indigenising materiel production entailed major investment, before they were eventually amortised. They said that it also reflected ‘poorly’ on overall defence planning that failed to plug vital operational gaps with regard to equipment acquisition.

Meanwhile, HAL too was reportedly averse to launching the Ka-226T assembly line, believing it would rival its locally designed, albeit long-delayed LUH that had received its initial operational clearance, or IOC, from the Centre for Military Airworthiness and Certification (CEMILAC) in Bangalore earlier this year. Thereafter, the MoD had approved the series manufacture of 12 LUHs – six each for the IAF and the AAC. HAL is also awaiting confirmation of an order for at least 187 LUHs – 126 for the AAC and 61 for the IAF – but is seemingly ‘agreeable’ to the MoD acquiring 60 Ka-226Ts, powered by Safran engines as a ‘stop gap’ measure till it ramped up production of its own LUH over the next two years.

Conversely, HAL was also in advanced talks with Safran to jointly build yet another helicopter engine under a technology transfer to power an assortment of under-development helicopters for the Indian military. India’s Dhruv advanced light helicopter (ALH) and light combat helicopter (LCH), for instance, are powered by Ardiden 1H1 Shakti engines developed by a HAL-Safran combine, while the LUH is fitted with the similarly co-designed Shakti 1U single turbo-shaft engine variant. Once confirmed, this HAL-Safran JV would considerably ease India’s helicopter engine woes, but as always the MoD needs to end its unwarranted dilly-dallying as it embarks on its ambitious self-declared course to become a credible military platform exporter.