SCO Is New but Indian, Pak Troops Are Old Partners in Multilateral Missions

Indian and Pakistani soldiers have been working side by side in difficult and remote areas of the world in peacekeeping operations under the United Nations. 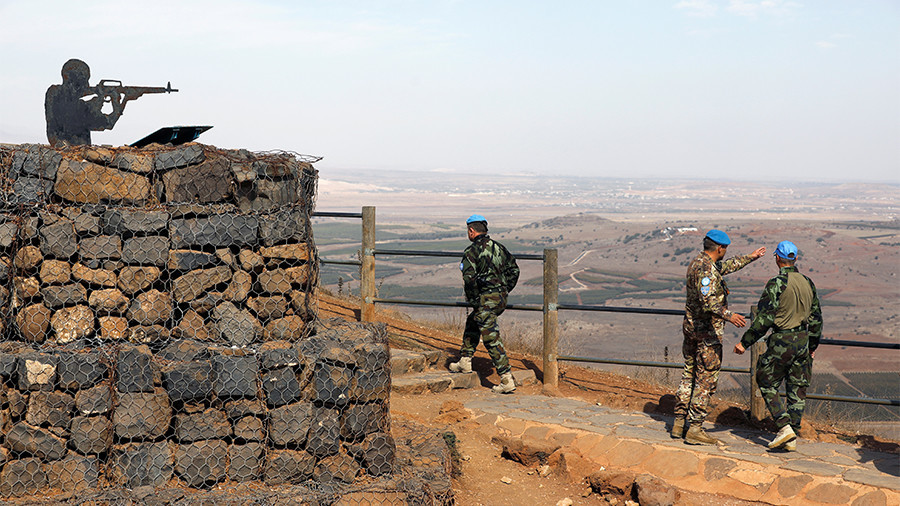 India and Pakistan have at least 28 UN peacekeeping missions, past and present, in common between them. Representative image credit: Reuters

New Delhi: While India and Pakistan will participate in a multilateral counter-terrorist military exercise in Russia later this year as part of their obligations as members of the Shanghai Cooperation Organisation,  soldiers from both countries have cooperated and worked together in third countries for over 60 years.

At the recent SCO meeting in China, Indian defence minister Nirmala Sitharaman confirmed that India will participate in the ‘Peace Mission’ military exercise to be held in the Ural mountains this September. A slew of breathless media reports followed, claiming this would be the “first time” troops from India and Pakistan – South Asia’s biggest rivals – would be taking part in an international military exercise.

While Sitharaman confirmed India’s presence at the exercise, it wasn’t a surprise. All SCO members take part together in counter-terrorist military exercises – a fact that was widely reported when India and Pakistan became full members of the grouping last year.

While the SCO’s military exercise will last only a few days, Indian and Pakistani soldiers have been working side by side in difficult and remote areas of the world in peacekeeping operations under the United Nations, where they are often deployed for months and years in risky and dangerous ‘real world’ situations..

A review of the UN Department of Peacekeeping Operations’s database shows that India and Pakistan have at least 28 missions, past and present, in common between them. In total, over 55 UN missions have been completed since the first peacekeeping mission during the Suez crisis.

It is actually not much of a surprise that soldiers from the two South Asian nations have found themselves together over the years, since both India and Pakistan have consistently been among the top five troop contributors to UN missions.

Among the 14 current missions, India and Pakistan are working in conjunction in the UN organisation stabilization mission in DRC (MONUSCO), where they have presently deployed 2327 and 3429 soldiers, respectively. Both countries have paid a heavy toll during this mission, with a combined loss of 25 military personnel.

In fact, Congo has been the joint operational ground for Indian and Pakistani troops from the beginning. The earliest that the two countries were in the same UN mission was also in Congo for the United Nations Operation in the Congo (ONUC) from 1960 to 1964. At the peak of the mission, there were 19,828 troops in the Congo, who were supervising the withdrawal of Belgian forces and preventing civil war. There were soldiers from 30 countries, including India and Pakistan. Indian diplomat Rajeshwar Dayal had been the head of the mission for nine months.

In yet another peacekeeping mission in Congo about half a century later, two future army chiefs of India and Pakistan worked together to implement the 1999 Lusaka ceasefire agreement.

Pakistani army chief Qamar Javed Bajwa was one of the bridge commanders in 2007-8 who was reporting to Bikram Singh, who was the Indian army chief from 2012 to 2014. In an article in India Today, Singh narrated how he and Bajwa worked in sync over complex operational matters.

During the sixties, Indian army officer P.S. Gyani had been one of the force commanders of the 15-month long UN Yemen Observation Mission, which included military personnel from India and Pakistan who observed the execution of the disengagement agreement between Saudi Arabia and the then United Arab Republic.

More recently, Lt Gen Satish Nambiar was the first force commander of the UN Protection Force (UNPROFOR) in 1992-93, which was mandated to create the conditions for an eventual settlement of the Yugoslav civil war. India did not send troops for UNPROFOR, but Nambiar had over 3000 Pakistani soldiers under his supervision.

Around that time, the UN Observer mission in Georgia (UNOMIG) was established to ensure compliance of the ceasefire agreement between the Georgian government and the Abkhaz authorities. Three Pakistani military officers were chief military observers during its 16-year-long period. India had been among the 34 countries that sent troops to the central Asian country.

Pakistani diplomat Iqbal Riza had been head of two important UN missions – in Bosnia and Herzegovina and El Salvaldor – where Indian soldiers played an important role.