Sense of Anxiety Hangs Over Kashmir as India, Pakistan Face Off in T20 World Cup

In the past, Kashmiris have landed in trouble for social media posts and allegedly cheering the Pakistan team. 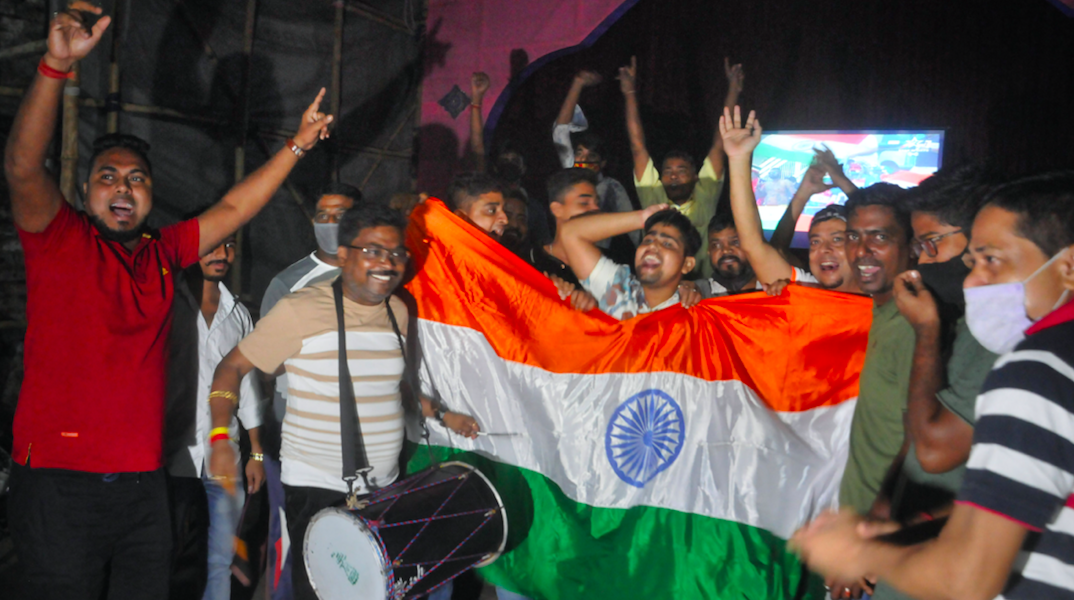 Cricket fans cheer while watching the World Cup T20 match of India and Pakistan on a big screen in India's Kolkata. Photo: PTI

Srinagar: As the Indian and Pakistani cricket teams lock horns at Melbourne Cricket Ground in Australia on Sunday, there is not only a sense of excitement among Kashmiris but also feelings of concern.

Even a WhatsApp message may land people of the Kashmir region – the site of hostility between the two nuclear neighbours – in jail. During previous encounters between the two cricket teams, Kashmiris have landed in trouble for liking social media posts and for allegedly cheering the Pakistan team.

While the match began at 1:30 pm IST, there are fears that rain could play spoilsport. For October 23, the Australian Bureau of Meteorology has predicted the weather will be cloudy with “very high (95%) chance of showers”, most likely in the afternoon and evening.

The apprehension among Kashmiris is clear from an advisory issued by the Jammu and Kashmir Student Association (JKSA) asking students hailing from the Union Territory and studying at different universities all over the nation to “take the game in its spirit and stay away from posts on social media which might lead them into trouble”.

“We have urged Kashmiri students studying at different universities all over the nation to have their priority set for their education and career for which they have travelled to different parts of the nation from their home state of Jammu and Kashmir,” JKSA said in a statement.

The association also told students not to post or interact with social media posts that “might create any kind of indiscipline at any institution across the country”. “They should not get involved in unnecessary debates, discussions, or social media chat and should enjoy the game with true sportsmanship,” JKSA appealed.

It continued that the political connotations attached to this game are very serious, so students should “understand that by cheering for any particular team, they are putting themselves in a vulnerable position”.

As always, both teams will take the match seriously and national honour will be at stake.

While the match may well be the most anticipated of the world cup but for several reasons, parents in Kashmir – whose children are studying in different parts of India – are hoping that their wards do not get into any trouble.

A Kashmiri student studying in one of the reputed universities in Uttar Pradesh told The Wire, “We have decided not to show any interest in the match. We don’t want to give anybody a chance to accuse us of anything.”

“We are living in a sad state of affairs where we are not allowed to express ourselves freely. What is wrong, if somebody celebrates another team’s victory or defeat? How on earth, does the nationalism of one country gets weakened if its citizens celebrate some other team’s victory?” a young businessman from Srinagar told The Wire.

“I have told my girl not to shout, clap or express any sentiment during the match and to stay away from social media sites. And in case you watch, then watch it alone. If that is not possible, they shouldn’t watch it at all. Even after the match, they should not comment on it,” another parent said.

Action on those who celebrate Pakistan’s win in Kashmir

Cricket has been looked at through the prism of politics in the Valley and the local authorities are frequently concerned that matches may cause law and order issues.

In 2021, after Pakistan won a match in the T20 World Cup, three Kashmiri students were detained in Agra for allegedly posting pro-Pakistan messages on social media. The three youngsters – Arsheed Yousuf, Inayat Altaf, and Showkat Ahmad Ganai, all in their early 20s – were arrested last October on sedition charges in Agra for sending WhatsApp messages “against the country”.

The trio was released on bail after the Allahabad high court stated, “The unity of India is not made of bamboo reeds which will bend to the passing winds of empty slogans.” 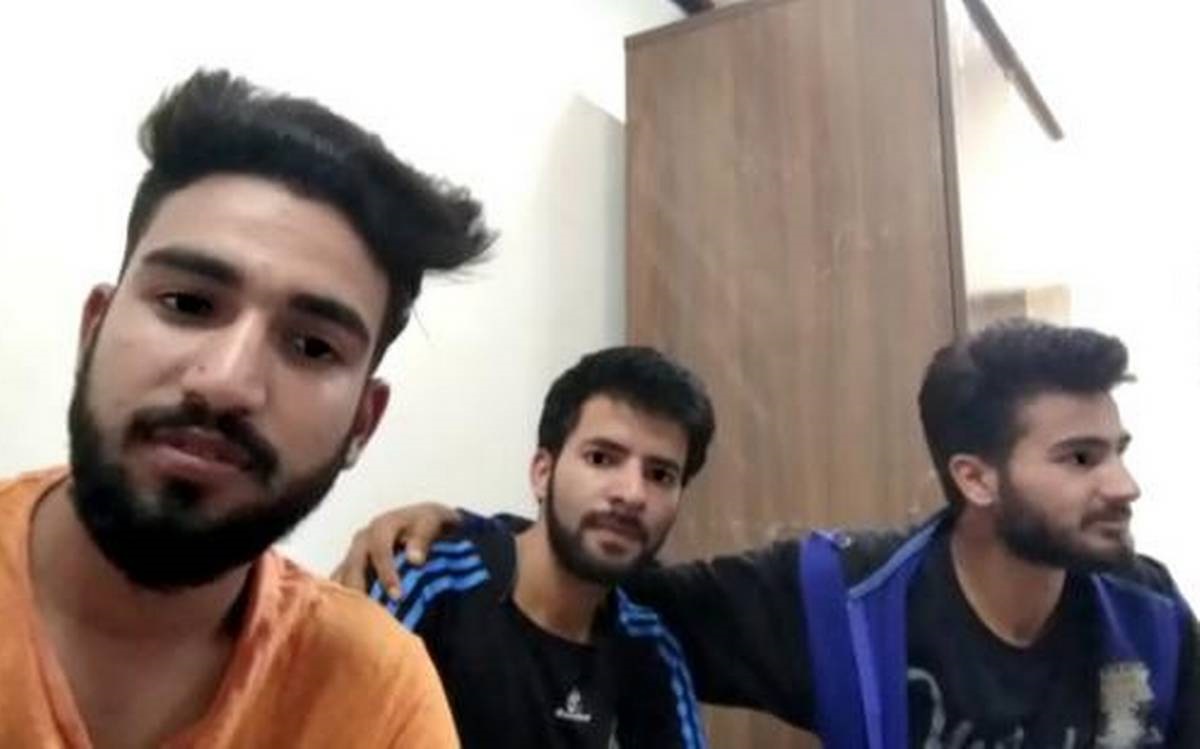 In 2021, a first information report (FIR) was lodged against students of Government Medical College and Sher-i-Kashmir Institute of Medical Sciences in Srinagar for allegedly celebrating the Pakistan cricket team’s win and raising pro-Pakistan slogans.

In 2014, Swami Vivekanand Subharti University in Meerut expelled 67 Kashmiri students from the hostel after they allegedly supported the Pakistan cricket team in a match against India in the Asia Cup, when Shahid Afridi’s consecutive sixes ousted India from the campaign. They reportedly raised slogans like “Pakistan zindabad”.

The Uttar Pradesh government filed sedition charges against the students, which were later withdrawn after human rights groups and media highlighted the issue. The students also returned to the college later.

On October 13, 1983, the India team – the newly-crowned world champions – faced a hostile audience at the cricket stadium in Srinagar during a one-day match against West Indies. The West Indies batsmen and bowlers received applause for each run and ball. When the first wicket of the Indian team fell, a few Kashmiri boys leapt over the barriers and sprinted towards Marshall. He was shocked when they gave him a bear hug.

During the lunch break, a few Kashmiris also damaged the pitch – though not badly enough to halt the game.

Mubashir Naik is an independent journalist based in Jammu and Kashmir. He tweets at @sule_khaak.

A version of this article first appeared on The Bridge.