'Both sides agreed for strict observance of all agreements, understandings and cease firing along the LoC and all other sectors with effect from February 24,' said the joint statement. 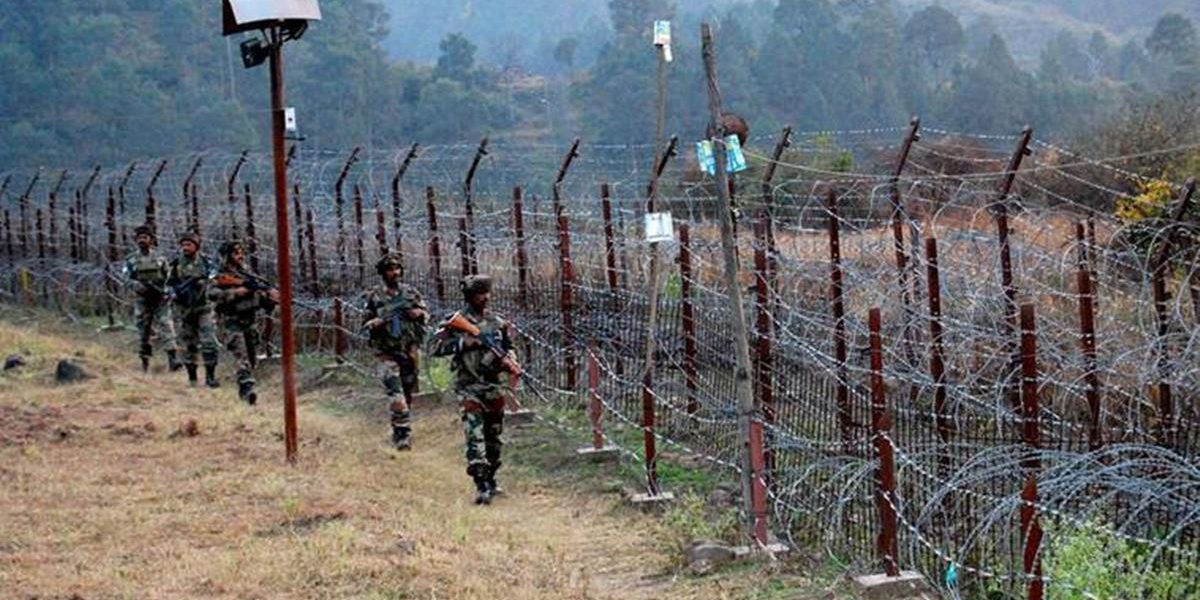 New Delhi: In an unexpected development, India and Pakistan militaries have agreed to “strictly” observe all agreements and adhere to ceasefire along the Line of Control from midnight of February 24 – which is the first such understanding since the 2003 ceasefire violations pact.

For the first time in recent times, India’s ministry of defence and Pakistan’s Inter-Services Public Relations have issued a joint statement after the talks between the director-general of military operations (DGMOs) held a discussion over their hotline.

“The two sides reviewed the situation along the Line of Control and all other sectors in a free, frank and cordial atmosphere,” said the statement.

Further, the statement noted that the two DGMOs “agreed to address each other’s core issues and concerns which have propensity to disturb peace and lead to violence” in the interest of “achieving mutually beneficial and sustainable peace along the borders”.

“Both sides agreed for strict observance of all agreements, understandings and cease firing along the Line of Control and all other sectors with effect from midnight 24/25 February 2021,” said the joint statement.

Further, the two sides “reiterated that existing mechanisms of hotline contact and border flag meetings will be utilised to resolve any unforeseen situation or misunderstanding”.

According to Indian government figures, there were 5,133 instances of ceasefire violations along LoC last year, with 46 fatalities. This was a large number recorded in a year since 2003 and marked a big jump from 3,479 instances of violations in 2013. In 2021, there were 299 violations with one fatality till early February.

With the joint statement marking a rare show of amity in relations, there were reports in media that this resulted from “back channel” talks between National Security Adviser (NSA) Ajit Doval and Pakistan Prime Minister Imran Khan’s special assistant on National Security Division and Strategic Policy Planning, Moeed Yusuf.

The Hindustan Times first reported that the breakthrough “comes months after National Security Adviser Ajit Doval and his counterpart in Islamabad initiated back-channel conversations to ensure peace along the borders”.

The report also said that the joint statement is the “first outcome of these conversations that included at least one face-to-face meeting in a third country”.

The New York Times also quoted an unnamed Indian official saying that “that back-channel meetings between the two sides in neutral locations had intensified over the past month and had led to the renewed commitment”.

Later in the evening, Moeed Yusuf took to Twitter to emphatically dismiss any backchannel talks between him and the Indian NSA. “This is baseless. No such talks have taken place between me and Mr. Doval,” he wrote.

He welcomed the agreement on the LoC but described it as a “result of discussions through the established channel of DGMOs”. “Obviously these are by their very nature not in the public eye and done privately and professionally through the direct channel”.

Doing so will save innocent lives so no one should question the intent. Nor should wrong inferences be drawn. There is nothing more than meets the eye here. 4/4

He asserted that following the 2003 ceasefire agreement in letter and spirit will save lives, “so no one should question the intent”. “Nor should wrong inferences be drawn. There is nothing more than meets the eye here”.

In October 2020, Yusuf claimed in an interview with The Wire that Pakistan had got messages in the “past year” about a “desire of conversation” from India. The Ministry of External Affairs (MEA) had claimed that New Delhi had broached a “desire for conversation” with Islamabad, made by Pakistan Prime Minister Imran Khan’s advisor Moeed Yusuf, by calling his account as being “contrary to facts on the ground, misleading and fictitious” and that “no such message was sent from our side”.

In India, the foreign office asserted that its position on talks with Pakistan remained unchanged but did not spell it out as it usually does.  “India desires normal neighbourly relations with Pakistan. We have always maintained that we are committed to addressing issues, if any, in a peaceful bilateral manner. On key issues, our position remains unchanged. I don’t need to reiterate it,” said MEA spokesperson Anurag Srivastava.

India had previously always stated that it was ready to hold talks with Pakistan, but it was up to Islamabad to improve the atmosphere by stopping support to terror groups.

The India-Pakistan Cease-Fire on the eve of the 2 year anniversary of Balakot is surprising, and potentially huge. Dusting off some old dissertation data (so only through 2014) but you can see what a dramatic impact the 2003 Cease-Fire Agreement had on cross-border violence. https://t.co/ciPxKb6LTY pic.twitter.com/6w7MaUMLrn

Professor of International Studies at Jawaharlal Nehru University, Happymon Jacob, tweeted that this was the “biggest military measure by India and Pakistan in over 18 years to reduce violence along LoC in Kashmir”.

Today's Indo-Pak ceasefire announcement is easily da biggest military measure by India & Pakistan in over 18 years 2 reduce violence along LoC in Kashmir. Coming in the wake of over 5000 ceasefire violations in 2020 (highest in 19 years) Its pathbreaking.https://t.co/HZ5hqR5eXl

An author of a book on the border conflict between India and Pakistan, Jacob said that there had been several signs of a possible outreach between the two countries. Among recent signals, he cited the downward trend in ceasefire violations in the recent past, Pakistan’s participation in a meeting of health officials organised by India and the Pakistan army chief’s conciliatory words on Kashmir.

India had earlier responded to Bajwa’s remarks by stating that it was up to Pakistan to create a terror-free atmosphere for talks. “Our position is well-known. India desires normal neighbourly relations with Pakistan in an environment free of terror, hostility and violence. The onus is on Pakistan for creating such an environment,” Srivastava said on February 5.

This is an updated version of the story which was published at 2:10 pm on February 25.