A simple inventory of the F-16 fleet by US officials posted on the ground would end the controversy of whether an F-16 was downed during the recent escalation between the two countries. 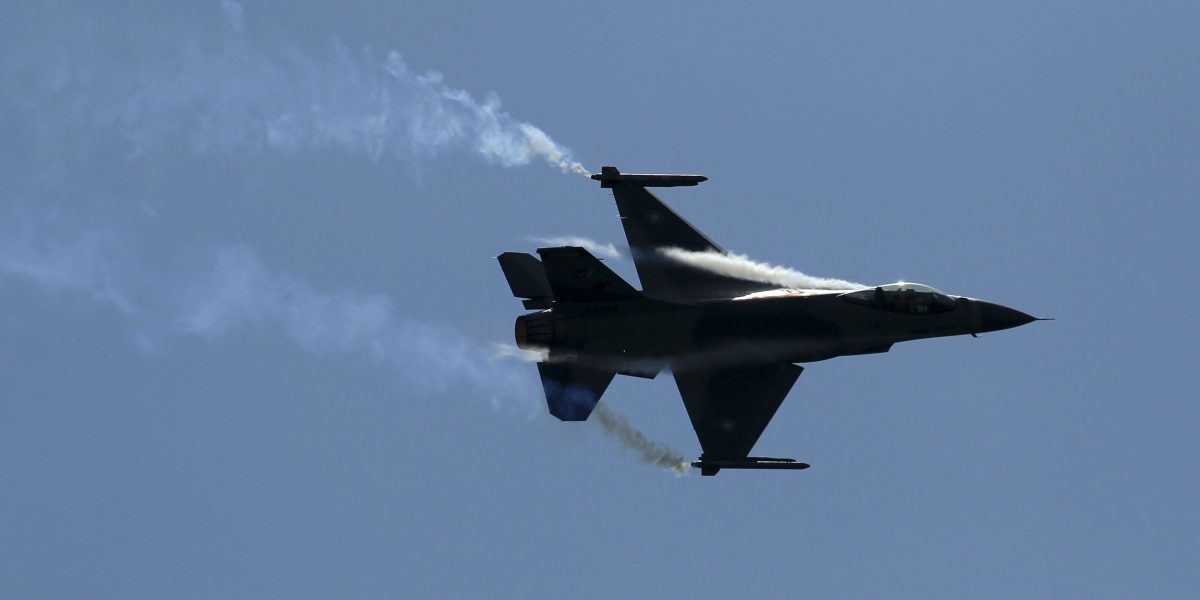 Washington: One of the mysteries of the recent India-Pakistan crisis is whether an Indian Mig-21 shot down a Pakistani F-16 in a dogfight. India says it definitely scored a kill but Pakistan denies even using the F-16s during the aerial confrontation.

The United States would have the definitive answer because of its oversight on Pakistan’s F-16 fleet but thus far Washington has stonewalled all questions with the standard, “we-are-looking-into-the-reports” response.

Electronic signals and heat signatures of F-16s detected by the Indian Air Force aside, debris of a US-made air-to-air missile (AMRAAM) that can only be fired from an F-16 was found in the Rajouri sector in Jammu and Kashmir.

The numbers on the recovered missile parts match the numbers in the contract announced by the US Department of Defense for Raytheon Co. on November 17, 2006. Therefore the fact that Pakistan used F-16s against India is not in doubt.

What’s in doubt and will remain a matter of considerable speculation for sometime to come is whether an F-16 was downed. Several western experts have questioned the “kill” and demanded more proof than the Indian government is ready to share or able to – the remains of the F-16 fell over PoK as did the Mig-21 Bison, which apparently downed it.

Pakistani villagers on the ground initially reported three parachutes – one obviously that of Wing Commander Abhinandan Varthaman who was captured by the Pakistan army and later released – and the other two supposedly from the twin-seater F-16.

People hold a portrait of IAF wing pilot commanded Abhinandan Varthaman as they wait for his arrival near the Attari-Wagah border on March 1, 2019. Credit: PTI

Rather than let the matter drift as a case of “he said, she said”, the US government can easily establish the facts – a simple inventory of the F-16 fleet by US officials posted on the ground would solve the mystery and end the controversy.

After all, the F-16s sold to Pakistan in 2006 and delivered from 2010 onwards are said to be under “a very enhanced end-use monitoring program,” as stated by a senior State Department official at the time.

Also in question are the terms of the end-user agreement the US signed with Pakistan when it approved the F-16 sale worth $5 billion – its prohibitions and allowances are not publicly known.

Robert Palladino, State Department’s deputy spokesman, said on March 5, “As a matter of policy we don’t publicly comment on contents of bilateral agreements, involving US defence technologies nor the communications that we have with other countries about that.”

According to those who have dealt with end-user agreements, a typical one with Pakistan would prohibit the use of US military equipment against US-allied militaries or forces friendly to the US. In other words, the use of F-16s against India would seem to be a violation, especially if the aircraft were used in an offensive manner, which India says they were.

Also read: Reading Between the Lines, from Pulwama to the Balakot Airstrike

India is pushing the case that by deploying the F-16s and using them to fire air-to-air missiles at Indian targets, Pakistan has violated the terms and conditions of the F-16 sale. New Delhi has cited Congressional hearings and the promises made by US officials to strictly monitor the use of the fleet.

The US sold the F-16s to Pakistan in 2006 mainly as a big “thank you” for its cooperation in the war on terror. It added AMRAAMS for good measure – why air-to-air missiles were needed against terrorists who don’t run an air force was never explained. Fiction about and around arms sales to Pakistan is an art perfected by US diplomats over the years.

India had objected to the sale at the time on grounds that advanced, offensive platforms sold to Pakistan always end up being used against India. But US officials were busy rewarding Pakistan for helping “catch” Al-Qaeda terrorists it was sheltering in the first place.

The US Congress too was unhappy with the way the State Department pushed the F-16 sale – without consultation and adequate notice to members. Henry Hyde, the then chairman of the House International Relations Committee, gave a tongue lashing to John Hillen, assistant secretary of political-military affairs, accusing the State Department of a “deliberate” and “wholly inappropriate maneuver” to “diminish the Congress’ lawful oversight of arms sales.”

Hillen stoutly defended the sale, stressing the “new and unprecedented elements of the security plan for Pakistan,” including the presence of a US official to “monitor compliance.” According to the terms of the end-use monitoring programme, the US would conduct semi-annual inventories of all F-16 aircraft equipment and munitions, including related technical data. No mixing with aircraft or equipment from other countries was allowed.

Access to the F-16s and bases had to be pre-approved and maintenance had to be done by the Pakistan Air Force, Hillen said. Even storage of parts was to be in dedicated facilities with no contractors or third-country nationals allowed access. The US would not deliver the F-16s until Pakistan was fully compliant, he had promised.

The restrictions certainly sounded tough and the US Congress seemed satisfied despite its initial hesitation.

Also read: India’s Airstrike on Pakistan May Not Have Hit its Target

The question today is whether Pakistan complied with the agreement it signed. The big hole, which Pakistan will likely exploit is the right to self-defence apparently allowed under the agreement – unnamed US officials already have hinted at the right to western correspondents, thereby preparing the ground.

Ashley Tellis, a South Asia expert at the Carnegie Endowment, said one would have to be a lawyer to determine whether the end-user agreement was violated. “The agreement doesn’t prohibit self-defence. But what constitutes self-defence? Pakistan can say India attacked first and India can say it was retaliating for the (Pulwama) terrorist attack. It is not a slam dunk.”

Some have speculated the US won’t reveal any information about Pakistan’s use or misuse because it might be embarrassed to concede that an old Mig-21 shot down a relatively advanced F-16 and give Russia a propaganda victory. There is also the delicate matter of Lockheed Martin trying to sell the F-16 assembly line to India.

Tellis strongly disagreed with the idea that the issue of prestige was preventing US officials from confirming a possible F-16 kill. “An old Mig-21 is entirely capable of shooting down an F-16. An old airframe doesn’t mean it can’t conduct effective combat missions.”

Mig-21 Bison used by IAF is the upgraded version of the 30-year-old plane and equipped with modern avionics and a new radar.

“Success doesn’t always go to the best aircraft. There are all kinds of variables. The outcome can be completely random which is why you avoid visual range combat when multiple aircraft are involved. It’s difficult to keep track,” Tellis explained.

That leaves only politics as a possible reason the US government is being coy about revealing the facts – it doesn’t want to put Pakistan on the mat at this time.

Washington would like to avoid difficult questions for a variety of reasons – Pakistan’s “cooperation” in the Afghanistan peace process, a general tendency in the State Department to not take clear positions on South Asia if possible and finally the fact that it would reveal yet another failure of US policy vis-à-vis Pakistan.