Though this research paper was one of 15 submitted at a recent police meet, attended by PM Modi and home minister Shah, it was not taken up for discussion. 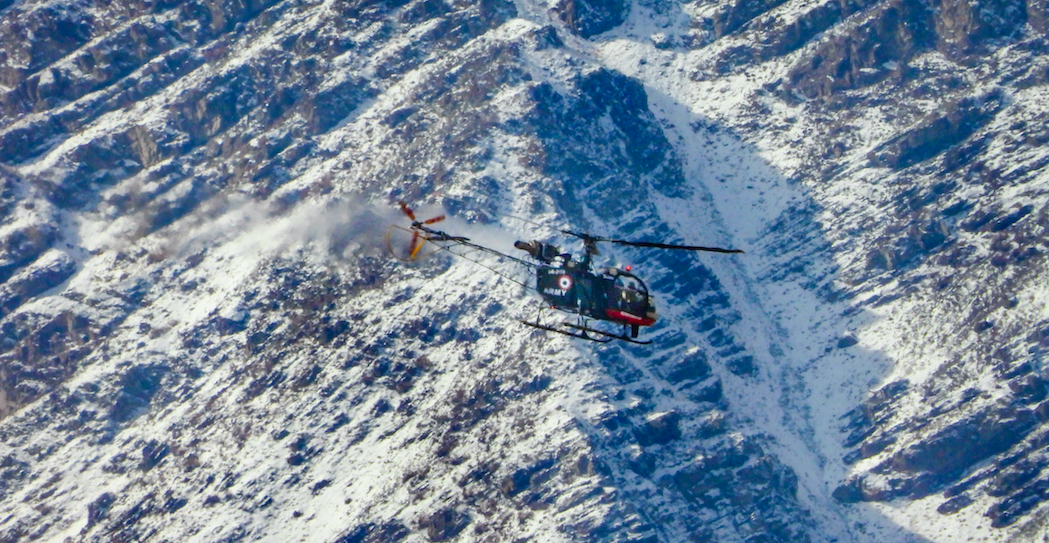 New Delhi: Restrictive or no patrolling by Indian Security Forces (ISFs) has resulted in India losing access to 26 out of 65 Patrolling Points (PP) in eastern Ladakh, a research paper submitted at the annual Director General of Police (DGP) Conference organised by the Intelligence Bureau (IB) from January 20-22 has revealed.

According to a report in The Hindu, the research paper was one the 15 submitted by police officers on the subject of ‘Security Issues Pertaining to Unfenced Land Border’. However, it did not come up for discussion at the meet that was also attended by Prime Minister Narendra Modi and Union home minister Amit Shah.

The paper highlighted how India’s “play safe” approach which prevented the movement of district administration and locals in forward areas has led to these turning into informal “buffer” zones.

The paper pointed out that lack of patrolling in these PPs had provided an opportunity to the Chinese People’s Liberation Army (PLA) to occupy them.

“Presently, there are 65 PPs starting from Karakoram pass to Chumur which are to be patrolled regularly by the ISFs (Indian Security Forces). Out of 65 PPs, our presence is lost in 26 PPs (i.e. PP no. 5-17, 24-32, 37, 51,52,62) due to restrictive or no patrolling by the ISFs. Later on, China, forces us to accept the fact that, as, such areas have not seen the presence of ISFs or civilians since long, the Chinese were present in these areas.”

Cautioning that such an approach has led to China gradually taking over Indian territory, the report said:

“This leads to a shift in the border under control of ISFs towards Indian side and a buffer zone is created in all such pockets which ultimately leads to loss of control over these areas by India. This tactic of PLA to grab land inch-by-inch is known as Salami Slicing.”

The research paper also noted that the Indian Army has been restricting the movement of civilians and graziers into the area as the Chinese have installed cameras and can raise objections.

“Till September 2021, senior officers of district administration and security forces would easily patrol till Karakoram Pass (35 km from Daulat Beg Oldie) in the DBO sector, however, restrictions in the form of check posts were placed by the Indian Army since December 2021 at DBO itself to stop any such movement towards Karakoram Pass as PLA had installed cameras and they would immediately raise objections on the movement from Indian side if not informed beforehand,” it read.

Furthermore, it highlighted how unfenced borders have all along served as pastures for the nomadic community (Rebos) of Changthang region and how their movement has now been restricted.

“Since 2014, enhanced restrictions on the grazing movement and areas have been imposed on the Rebos by ISFs and this has caused some resentment against them. The soldiers are especially deployed in disguise to stop the movement of Rebos to the higher reaches that could be objected by the PLA and similarly the development works in the border villages like Demchok, Koyul which are under direct electronic surveillance of the PLA suffers, as they raise objections promptly.”

Incidentally, the newspaper report noted that India has lost pasture lands at Gogra hills, North Bank of Pangong Tso, and Kakjung areas following recent disengagement agreements at PP 15 and PP 16. It also mentioned how an earlier report in the national daily had claimed in December 2022 that at least 30 patrolling points in eastern Ladakh were no longer being patrolled by Indian soldiers.

The area had witnessed violent clashes between Indian and Chinese troops on June 15, 2020 in which 20 Indian soldiers and at least four Chinese troops were killed.

‘No loss of territory, contentious PPs being resolved’

The news report also cited a defence source as saying that “there is no loss of territory due to disengagement in friction areas”.

It quoted the anonymous source as saying that “some areas have been restricted for patrolling for both sides pending diplomatic resolution of disputes. No pasture lands have been lost. In disengaged areas, we have as many cameras and technical means as the PLA and hence dominate the area as much, if not more.”

On the significance of loss of these patrolling pointes, the report citing the source said these are benchmark locations that were mutually agreed upon by China and India. The source, the report said, added that some of the 65 PPs remain in contention and efforts were being made to “resolve” them and that “recently, the PP 15 issue was mutually resolved”.