'Fulfilled Father's Wishes', 'Served for 22 Years': The Lives of 7 of the Armymen Killed in Ladakh

Twenty Indian soldiers have died in the violent face-off between India and China.

New Delhi: Late on Tuesday night, the Indian Army confirmed that the number of Indian soldiers killed in the “violent face-off” with Chinese troops in the Galwan Valley on Monday night had risen to 20.

For most of Tuesday, the number was thought to be three, following an Army statement in the afternoon, although suspected to be indeed higher. While the identities of all armymen who were killed in action has not been made public yet, the three who are believed to have passed away first were later identified as Colonel Santosh Babu, Commanding Officer 16 Bihar regiment, Havildar Pazhani and Sepoy Ojha.

The news agency PTI and other news outlets have reported on the backgrounds of seven of the slain 20. Some of this information is as follows.

The Indian Army officer killed in the violent clash with Chinese troops in eastern Ladakh on Monday night, Colonel Santosh Babu, had joined the forces to fulfil his father’s personal dreams of serving the country and had been expecting a posting to Hyderabad soon. 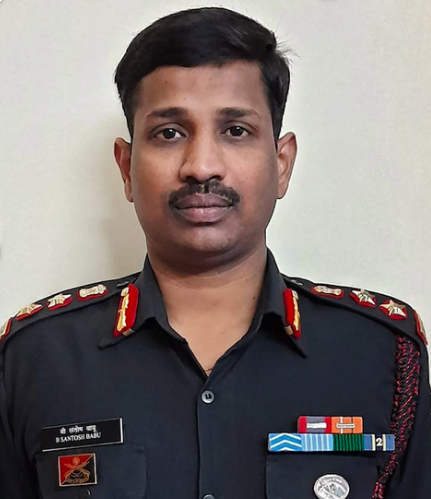 This is the first such incident between the two countries involving fatalities after a gap of 45 years, signalling a massive escalation in the five-week border standoff in the sensitive region.

The slain officer’s father said while he could not live his dreams of serving the armed forces, his son did.

“I could not join the Army and serve my country. So I wanted my son to join the defence forces and serve our country. My relatives discouraged the idea,” B. Upender, father of the slain Colonel and a retired banker, said.

Babu, who was from Suryapet district in Telangana, served in the 16 Bihar regiment as Commanding Officer, his father said.

He is survived by his wife, daughter and son, who live in Delhi.

The slain officer had spoken to his mother on Sunday where the conversation centred around the ongoing tensions. Though ‘crestfallen,’ she is “proud” that her son sacrificed his life for the nation, she said. 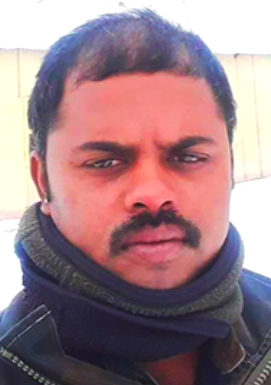 The soldier from Tamil Nadu who was among the three men killed in Ladakh in the violent face off with Chinese troops, had served in the Army for 22 years and was due to retire in a year, his family and state parties said in Chennai on Tuesday.

Tamil Nadu chief minister K Palaniswami has announced a solatium of Rs 20 lakh to the family of the slain soldier, K. Pazhani of Kadukkalur village in Ramanathapuram district. He also said that one of the family members would be given a government job.

The village in southern Tamil Nadu was engulfed in gloom as news of Pazhani’s death reached. Family sources told PTI that Pazhani served the Army as a Havildar and had joined the armed forces at the young age of 18.

His brother is also in the Army and is posted in Rajasthan.

Pazhani’s wife Vanathi Devi said her husband had not even participated in the recent house warming ceremony of their house as he was on duty.

The oldest of three siblings, Rajesh Orang joined the Army in 2015. On Monday night, he died of injuries in combat with the Chinese army at Galwan Valley in Ladakh region, his father Subhas was informed.

Subhas, a marginal farmer in Belgoria village in Mohammedbazar police station area in Birbhum district, of West Bengal, had raised his children amid poverty.

“My son served the country and gave his life for it,” was all Subhas could say on Wednesday morning.

He was in his twenties. Rajesh’s mother Mamata had been hoping to get him married when he came back on a holiday next.

Subhas said Rajesh, elder to two sisters, had joined the Army in 2015 after passing the higher secondary examination and belonged to the Bihar Regiment.

“From his childhood, my brother wanted to serve the country and was happy to be in the Army,” his youngest sister Shakuntala said.

“He came home on leave a few months back and talks were on for his wedding,” she said.

A pall of gloom descended on Karohta village in Himachal Pradesh when news reached of the demise of 21-year-old Sepoy Ankush Thakur.

He was posted to the Punjab Regiment in 2018. His father and grandfather had also served in the Indian Army. Thakur has a younger brother who is studying in Class 6.

Villagers soon trooped to his house, raising anti-China slogans. Thakur’s body would be given a state funeral, an official spokesman at Shimla on Wednesday.

Not much is known yet about Sepoy Kundan Kumar Ojha, who was originally from Dihari village of Sahebganj district in Jharkhand. While social media has it that he became a father just 17 days ago and is 26 years old, this information has not been confirmed yet.

“My son was highly sincere towards his duty. He was courageous, simple and hard working. We got the information about his martyrdom on Tuesday night,” said Karunakar Pradhan, the slain jawan’s father. Pradhan belongs to a tribal family.

A marginal farmer, Pradhan said his unmarried son was the principal earner in the family. He has left behind two younger brothers and an elder sister, besides his mother.

Chandrakanta joined the Army in 2014, he said, adding that he had last visited home around two months ago.

“We feel proud that he has laid down his life for the motherland,” Pradhan said in a chocked voice.

After completing Class 12 from Rairangpur College, Soren joined the Army to fulfil his lifelong dream, in 1997, his elder brother Doman Majhi said.

Soren is survived by his wife and three school-going daughters.

“We all feel shattered. Nanduram was an asset for the family as well as the village. He was loved by all for his friendly nature,” Majhi said.