'India and China will remove forward deployments in a phased, coordinated manner,' the defence minister said at the Rajya Sabha on February 11. 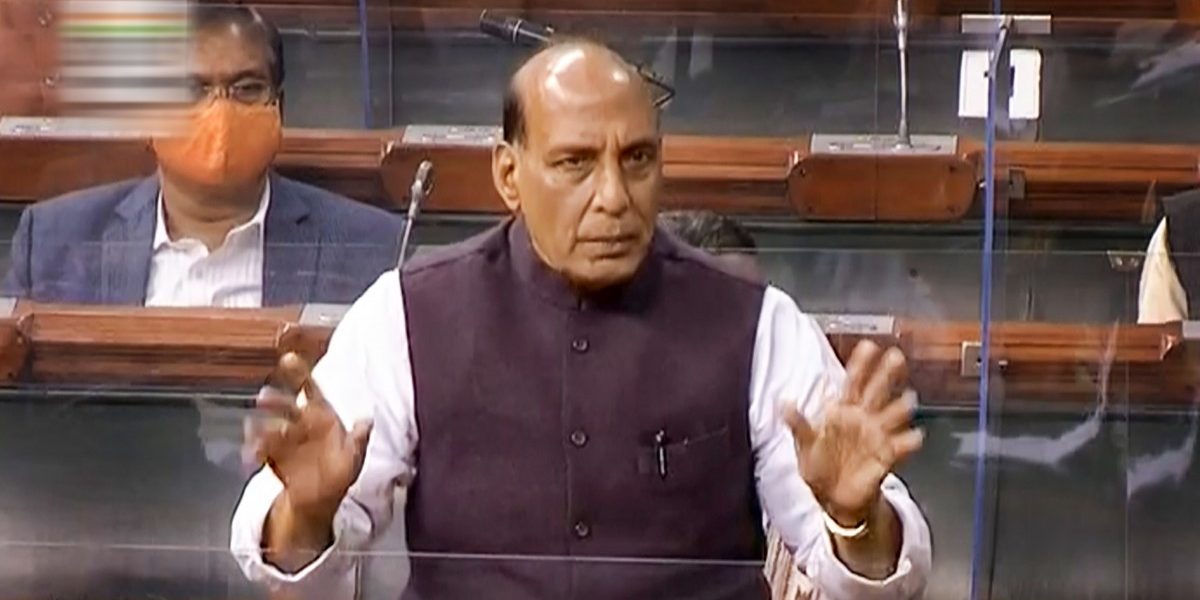 New Delhi: China and India have agreed on disengagement on the north and south banks of Pangong Tso Lake and respective forward deployments of troops will now be removed slowly, defence minister Rajnath Singh said in his 14-minute statement at the Rajya Sabha, on the border standoff with China in eastern Ladakh.

The defence minister’s statement comes a day after the Chinese defence ministry said that frontline troops of China and India had started a “synchronised and organised” disengagement from Wednesday, February 10.

As The Wire has reported, the spokesperson for the Chinese Ministry of National Defence Senior Colonel Wu Qian said in a brief statement in Beijing, “The Chinese and Indian frontline troops at the southern and northern bank of the Pangong Tso Lake start synchronised and organised disengagement from February 10.”

Singh said while military and diplomatic channels have always been open through the nine-month standoff, “India has never will and nor will it ever accept the intrusions” that China has made. In June, 2020, Prime Minister Narendra Modi had contradicted his government’s stand to assert that “no intrusions had been made” into Indian territory, leading to confusion first and a shot in China’s arm later.

“During the talks, we told China that we want solution of the issue based on three principles. First, both parties must agree on the LAC and respect it. Secondly, there should not be an attempt to change the status unilaterally, by any party. Thirdly, all the compromises should be completely agreed upon by both parties,” Singh said in his address.

“Our sustained talks with China have led to agreement on disengagement on the north and south banks of Pangong Lake. After this agreement, India-China will remove forward deployments in a phased, coordinated manner,” Singh said to applause from the Upper House.

Based on this understanding, China will now move its soldiers to Finger 8 and India will move towards Finger 3 to the administrative camp to restore the status quo, Singh said.

“Many fraction areas are built near LAC in Eastern Ladakh. China has collected heavy force and arms and ammunition near LAC and in the nearby area on their side. Our forces have also adequate and effectively done counter deployment,” he said.

“I want to assure this House that we have not lost anything,” he also said.

Singh said that while there are some outstanding issues on deployment and patrolling in LAC, both sides are united on the issue of disengagements.

“Our security forces have proved that they are ready to face any challenge to protect the sovereignty of the country,” he said. Twenty Indian soldiers died in an escalation of the standoff last year at Galwan Valley and are deployed in Ladakh in a demanding winter.

Singh also stressed on India’s commitment to maintaining peace at the LAC. “India has always emphasised on maintaining bilateral ties, along with peace and tranquility,” he said.