At stake is the eventual legal status of weapons that are activated without direct human intervention.

At stake is the eventual legal status of weapons that are activated without direct human intervention. 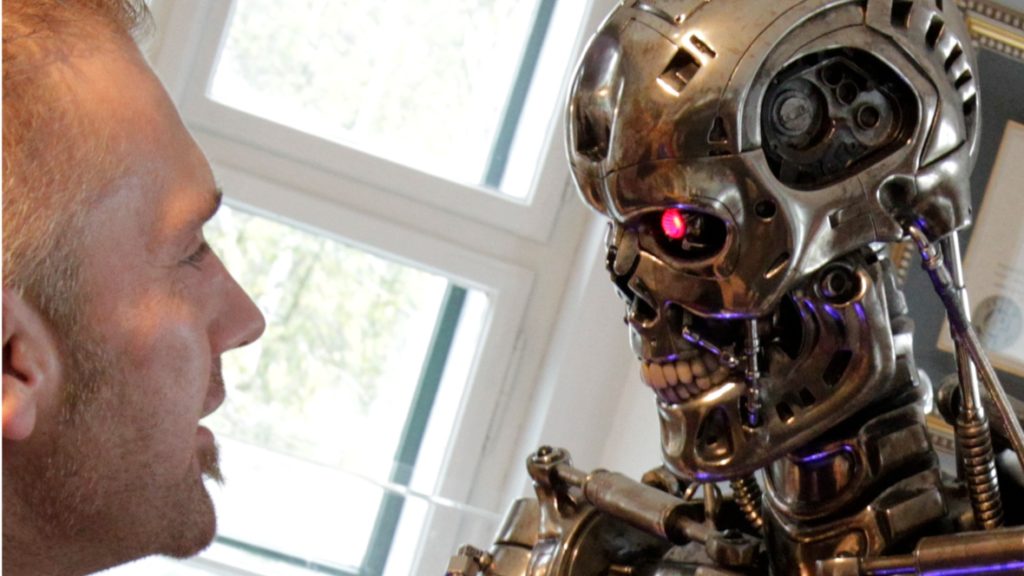 New Delhi’s role will be crucial to conceiving and articulating the international regime on LAWS. Credit: Reuters

On Friday, India was selected as the chair of the first group of governmental experts (GGE) constituted to deliberate the issue of Lethal Autonomous Weapons Systems (LAWS) and their impact on international security. New Delhi’s role will be crucial to conceiving and articulating the international regime on LAWS – derisively termed “killer robots” technology. If the decision to create a GGE reflects widespread concern that an elite club of countries will deploy and proliferate advanced technologies without clear rules of engagement, India’s appointment as chair – Amandeep Gill, its permanent representative to the Conference on Disarmament (CD) will assume this role – means the country needs to clarify its own thinking and get all stakeholders across different branches of government on the same page. The field is split wide open between developing countries like Egypt, Mexico and Cuba seeking a ban on the use of LAWS, and major powers like the US and Russia on the other, testing and in some cases, deploying them with varying degrees of success.

India enjoys credibility as a contracting party to the CCW and is among the few delegations at the CD consulted on emerging plurilateral initiatives, which is likely to have contributed to its selection as the GGE chair. That the Indian line on disarmament, reporting requirements, export controls and proliferation is predictable and consistent with state practice would have also inspired confidence among CCW member states. The Indian representative is a veteran arms control negotiator, and until recently, headed the disarmament and international security affairs division (DISA) of the foreign affairs ministry in New Delhi.

Theoretically, GGEs in the UN universe comprise “experts” nominated by the government, to maintain sufficient negotiating room for the country’s official stand on a subject, but in practice, GGE delegations are almost always headed by diplomats, with legal advisers in tow. GGEs usually germinate in the First Committee of the UN General Assembly (UNGA) set up to tackle “disarmament, global challenges and threats to peace”. They are formally set up through a UNGA resolution. The group’s report is subsequently submitted to and endorsed by the UNGA, elevating GGE recommendations to a “soft” source of international law. The GGE to examine LAWS, by contrast, owes its origins to the Fifth Review Conference on the Convention on Certain Conventional Weapons (CCW) and will report to its contracting parties.

Politics at the UN

The very act of constituting a UN Group of Governmental Experts is political, revealing the strategic intent of the countries that incubate it. For instance, it was Russia that nudged the UNGA First Committee in 1998 to create a GGE on cyber norms and security, pursuing international law as a tool to circumscribe the US’ unchallenged superiority and control over global digital infrastructure. 1998 was the year the Clinton administration issued its ‘Green Paper’ to set up a not-for-profit organisation to manage the Domain Name System, contractually affiliated to the US government. That institution today is the Internet Corporation for Assigned Names and Numbers. Earlier that year, Russia also tried unsuccessfully to negotiate a norms agreement with the US and consequently moved the UN. Interestingly, Russia has not expressed much interest in the LAWS GGE, expressing “major doubts about its advisability.” The reasons are simple: unlike in cyberspace, Russia has already demonstrated its ability and advancement in weaponised robotics – most recently in Syria – and sees international regulations on LAWS as an encumbrance.

Similarly, Pakistan – which chaired the Fifth Review of the CCW – has sought a ban on the use of lethal autonomous weapons. Islamabad’s position on LAWS stems from its desire to lower, or appear to lower, the threshold for nuclear conflict with India. Autonomous systems widen the space for conventional warfare. India’s use of sentient lethal technologies to patrol the Line of Control, for example, would alter New Delhi’s calculus in effecting “surgical” strikes or retaliatory responses. The use of LAWS in cross-border operations will also “de-humanise” the conflict, leaving Pakistan with little to stoke international hand-wringing over nuclear arms in a crowded neighbourhood.

For its part, India will have to balance the contradicting positions of GGE members as the chair, while advancing its own interests within the group. The MEA’s DISA division has tailed developments in technology, but there is little discussion in government circles about the role of artificial intelligence and autonomous systems in warfare. Lethal Autonomous Weapons Systems require “deep learning” that allow them to assess and respond to various scenarios in the battlefield. Their “intelligence” is built on vast troves of data, which give countries that have advanced data analytics capabilities and sophisticated electronic combat systems a competitive edge. Outside government, there is little analysis on LAWS  – save a couple research papers – dovetailing the international debate into the Indian/South Asian context. For India to articulate its interests at the GGE, it needs to first identify the strategic, military and humanitarian consequences of LAWS. Rapid advancements in technology do not afford New Delhi the luxury to wait it out before the global balance of power reveals itself in favour of one country or another. The result of inaction may be a reliance on imported weapons systems, which has already set back the development of India’s conventional weaponry.

India’s selection as the chair of the UN GGE on LAWS gives it the opportunity to emerge as a thought leader in this field. New Delhi should proactively convene discussions with defence manufacturers, IT giants, civil society and academia to outline baseline norms for LAWS, and endorse the applicability of the international humanitarian law to the use of these weapons.

The GGE selection, the outcome of a political process, also requires deft management of India’s bilateral relationship with major powers like the US, Russia and China.

In the recent past, India has shown itself pliable to external pressure on disarmament diplomacy: in 2002, New Delhi was co-opted into a US-led effort to oust Brazilian diplomat Jose Mauricio Bustani, who was then the director-general of the Organisation for the Prohibition of Chemical Weapons (OPCW). Under Bustani’s leadership, the OPCW planned to launch stockpile investigations that would reveal the reality of WMDs in Iraq, antagonising the Bush administration and its cause to invade the country. Again, in 2005, 2006 and 2009, India, buckling under considerable US pressure, voted in support of the International Atomic Energy Agency’s Board resolutions holding Iran in violation of its obligations under the Nuclear Non-Proliferation Treaty.

If history is any indicator, developments in technology and advanced weaponry will likely lead to the creation of export control regimes around LAWS. The decision to select India as the chair reflects well on its credibility, but also the lack of opposition from the P5 countries, who can play spoiler in such appointments. As the chair, New Delhi will be pulled in different directions, but must take care not to steer the group’s outcomes towards a particular corner or camp.