In Kashmir, a Child Gained in a Miracle and Lost to Militancy

A couple in the Valley, who used to regularly visit the Khiram dargah hoping for a child, now visit the grave of their son – killed in an armed encounter last October. 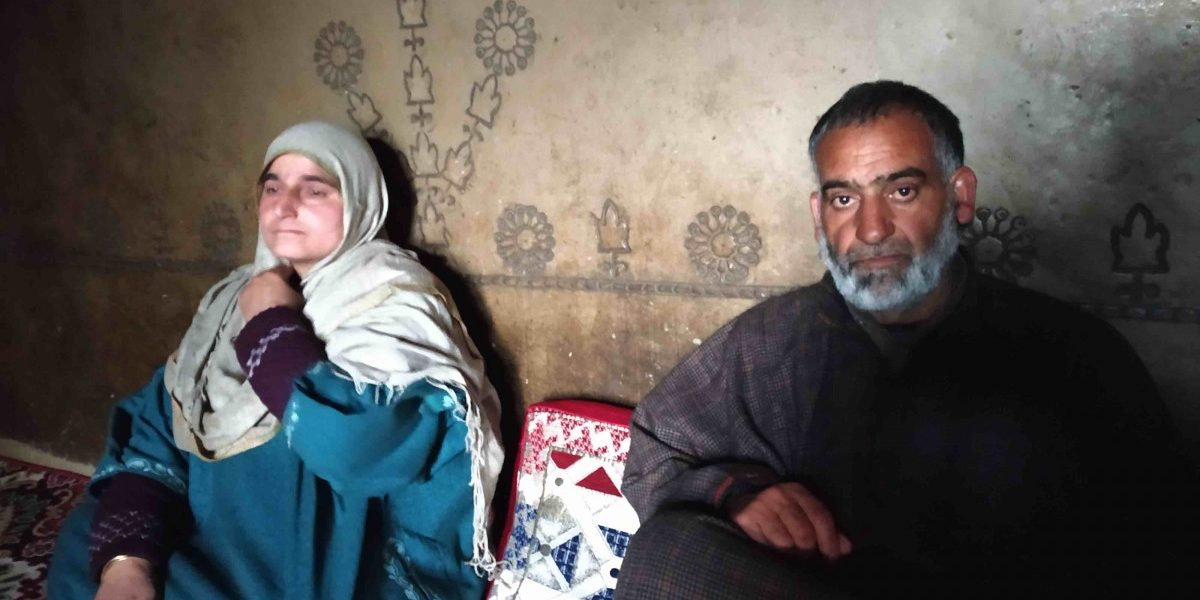 Srinagar: In 1991, as the armed insurgency in Kashmir was just beginning to ignite, Meema Akhtar married a shy young man, Ali Mohammad Shergojri, who lived with his brother Anwar. They were happy, although a few years in, they were still struggling to conceive. They went to see a doctor and took some test, and learnt that they were infertile.

“It broke my heart,” says Meema. “We consulted scores of doctors. Spent lakhs of rupees on medications and tests, but nothing happened.”

The couple also visited nearly every shrine in Kashmir, holding onto a belief that it would grant their wish to have a child. Meema couldn’t count how many votive knots she had tied on the window grills, wooden railings and entrance gates of different shrines.

Above all, they put their hopes in the Khiram dargah – thought to hold a holy relic belonging to the Prophet – which was just down the road in their village, Khiram, in Anantnag district in south Kashmir.

“Every year thousands of childless couples like us visited Khiram dargah,” says Meema. “And we lived just a few meters away from it. You can imagine how many times I went there.”

One day, eight years into their marriage, Ali’s brother Anwar came home from work carrying a newborn baby boy. Everyone in the family was astonished. Anwar handed the child to Meema. “He told me that my prayers were rewarded finally,” Meema said.

Anwar, who at that time delivered milk door-to-door, often had to visit the maternity hospital located in Sherbagh to deliver milk. One day, he learned of a couple who had delivered a baby there and were ready to give him away. Anwar legally adopted the child for his brother.

“Before taking the baby,” Ali said, “Anwar made one condition – that they would not reveal their identity to the family. They agreed. Anwar didn’t want the parents to approach us one day with a demand to return their son. He did all that for me.” “Our joy knew no bounds,” Meema recalled. They named the child Asif.

Nearly 20 years later, on January 5, 2018, Asif came home from the public park just before dusk. He was 19, and had just finished class 12 – a pious young man who supported the Jamaat-e-Islami, and eagerly participated in Islamic seminars. That evening, he drank his tea, made wudu (ablutions) and went to pray in the nearby mosque.

“He didn’t return,” says Meema. “I never saw him again. I don’t even have his picture. He was so simple and pious he never liked anyone taking his picture.”

Ten months later, on October 24, Asif was killed in an armed encounter in Nowgam, Srinagar, along with the scholar-turned-militant Sabzar Ahmad Sofi.

In his 19 years as Meema and Ali’s son, Asif never learned that he had been adopted. The couple doted on him. “Asif was my world,” Meema said. “We still don’t know Asif’s real parents. And he died without knowing his own real story.”

On the January evening when he failed to return from prayers, Meema called him repeatedly, but his phone was switched off. Ali, now aged 52, went to look for him at the mosque. Asif wasn’t there. Ali knocked on the door of every neighbour, but nobody had seen him.

“We searched for him everywhere,” Ali said. “We contacted friends, relatives and neighbours but didn’t find him.”

They continued their search until news arrived that jolted them and changed their lives forever. Asif’s picture brandishing an AK-47 rifle was making the rounds on social media. He had joined Hizb-ul-Mujahideen, where his code name was Khubaib.

“Like every Kashmiri youth, my son was pro-freedom,” Ali said. “But I never thought Asif could join the militancy himself.”

“Asif was a pampered child. Despite fighting poverty, Asif’s parents always fulfilled his every demand. They wanted to see him highly educated,” said Uzma Akhtar, Asif’s aunt. “But since 2016, when the situation turned worse in Kashmir, Asif’s mindset also changed. Every killing in Kashmir caused him great pain. He chose his path.” 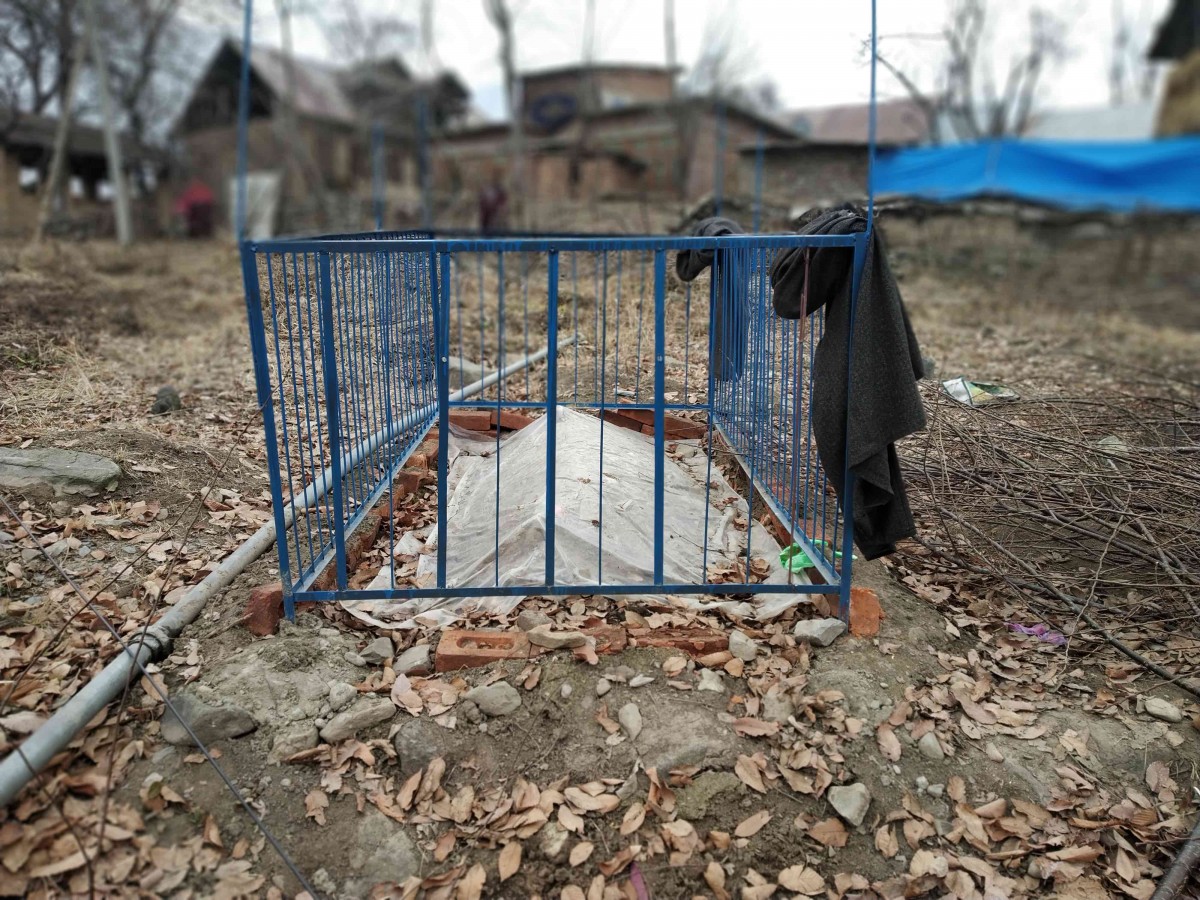 The family says it was his own decision to join the militancy. “Asif’s decision to join militancy utterly appalled us,” said Ali, controlling his tears. “We tried everything to bring him back. He was our lone son and last hope.”

“He even didn’t come to meet me once,” said Meema. “He knew that he would not bear my emotion.”

Officials confirmed that Asif joined the militant ranks in January 2018. Police records say he was actively involved in attacks on security forces and civilians in the area. An FIR No. 15/2018 under section 451, 392, 506 RPC and 7/25 Arms Act was registered against him at P.S. Srigufwara in Anantnag.

And after 18 years, Ali and Meema became childless again.

The day after the encounter, Ali went to Srinagar to receive Asif’s body. Thousands of people from nearby villages took part in his funeral procession.

He is buried just outside their home. Ali and Meema, who used to regularly visit the Khiram dargah hoping for a child, now visit their son’s grave.

“How should I say what we did for Asif? How we cherished him?” Meema said. “Every night he wouldn’t sleep until he rested his head on his father’s arm and I ruffled his hair. Asif was everything for us.”

“It is my appeal to take some concrete steps to solve Kashmir issue,” said Ali. “Otherwise, this war will leave every parent childless.”

“I don’t care if this world is turned upside down,” said Meema. “My world is already destroyed.”