The aircraft, on a training mission, took off from Adampur Air Force base in Jalandhar. 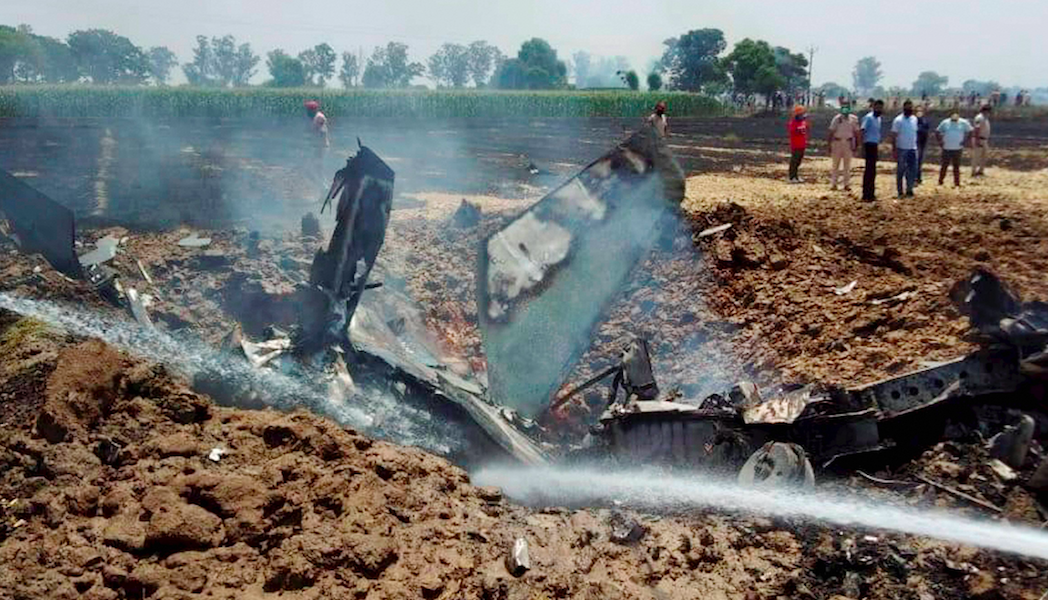 The wreckage of the MiG-29 fighter aircraft of the Indian Air Force (IAF) which crashed in Chuharpur village of Nawanshahr district, Friday, May 8, 2020. Photo: PTI

Nawanshahr (Punjab): A Mig-29 fighter aircraft of the Indian Air Force (IAF) crashed in Chuharpur village here on Friday due to a technical snag and burst into flames, officials said.

The pilot ejected safely and has been rescued, they said.

The crash took place around 10:40 am, according to Hoshiarpur Senior Superintendent of Police Gaurav Garg.

“The pilot is perfectly fine,” he said, adding that he was taken to the community health centre at Garhshankar in Hoshiarpur district.

The aircraft took off from Adampur Air Force base in Jalandhar, the officials said.

Two fire tenders were pressed into service as it burst into flames after the crash, they said.

An IAF spokesperson said the Mig-29 aircraft was on a training mission.

“The aircraft had developed a technical snag and the pilot ejected safely as he was unable to control the aircraft,” he said.

The official said the pilot has been rescued by a helicopter and a court of inquiry ordered to investigate the cause of the accident.

Senior officials of Nawanshahr and Hoshiarpur districts reached the spot.

Chuharpur village is located at the border of the two districts.